Jonathan Foley: The other inconvenient truth 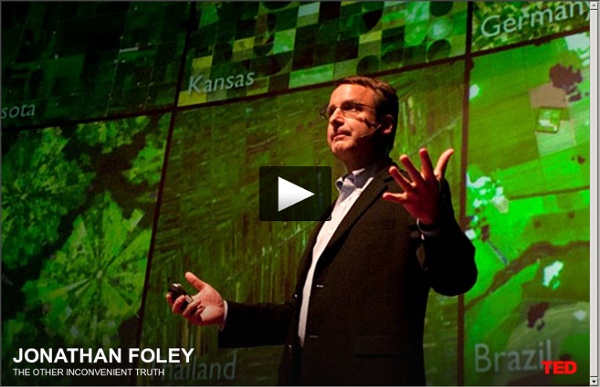 12 Tips For Becoming Charismatic & Unforgettable Charisma is a great and wonderful talent to possess. A lot of people feel that Charisma is something only a handful are born with. Well they are wrong. That is why we have decided to share with you ‘ 12 Tips For Becoming Charismatic & Unforgettable ‘. 1. Here are the four different styles: - Focus . - Visionary. - Kindness . - Authority. 2. Intentionally put yourself in uncomfortable situations so that you can deal with internal discomfort more effectively, this way you come across more experienced and as someone who deserves to be honored for his or her fearlessness. 3. You need to make time before the big event to warm up. It’s important not to leave your physical out of this to, even if this means you switch your iPod playlist from Jazz to Hard Rock or Clubbing music with some added in push ups or sprints to get you pumped before hand, this will get you warmed up and ready for the challenge. 4. Those who suffer from self-doubt, reek of it! 5. 6. A great & 7. 8. 9. 10. 11. 12.

Guest Post: Hawaii Can Show the Way to a Better Energy Future Over the past decade, world oil prices have advanced from approximately $25 per barrel to more than $100 per barrel. Had the price of oil merely kept pace with inflation, the $25 barrel in 2000 would have been worth just over $30 in 2010. Clearly, there has been a fundamental shift in the oil markets. By 2005, the idea that the price increase was being caused by oil depletion -- commonly referred to as “peak oil” -- was receiving widespread attention. Historically, spiking oil prices have contributed to recessions. Ultimately, the combination of lower demand and increasing oil supplies has caused oil prices to decline, which in turn spurs economic activity and allows the economy to recover. The inability of the global oil industry to ramp up production in the face of $100 oil is a signal that the days of excess oil production capacity may be at an end. But the days of expanding global oil supplies are coming to an end, and that has serious implications for the world as a whole.

New plan crafted to limit Ocean Beach erosion The silver tide that surges through Ocean Beach from dawn to dusk is a surfer's delight. For San Francisco, however, it is an unrelenting test of nature. The 3.5-mile shore that lines the city's western edge draws more than 300,000 visitors annually. More shrouded in fog than in sun, it is not a postcard-perfect stretch of sand. But its condition has worsened for years as waves - heightened by climate change - hammer at bluffs, parking lots and the Great Highway. A new, nonbinding plan by the San Francisco Planning and Urban Research Association, a public-policy think tank, proposes solutions to a problem that will only intensify if, as expected, sea level rises 14 inches by 2050. Whatever long-term action the city takes will be costly and watched by other coastal communities grappling with the same challenge. "We're really faced with a sort of crisis point," he said. Environmentalists have long criticized the city for managing the erosion on an emergency basis. A management challenge

Eight Products the Facebook Generation Will Not Buy Consumer tastes are changing at a greater rate than ever before. Not surprisingly, the purchasing habits of the youngest generation present the most dramatic shifts — a reflection of what they find important. 24/7 Wall St. has identified eight popular products that the “Facebook generation” is not buying. Generation Y, generally defined as those born between 1980 and 1999, have lost interest in many of the services and products their parents found important. For example, younger Americans are less interested in cars. In 1998, 64.4% of potential drivers 19-years old and younger had drivers licenses. By 2008, that rate had dropped to 46.3%, according to the Federal Highway Administration. [More from 24/7 Wall St.: America’s Nine Most Damaged Brands] What young adults care about has shifted. However, many products that have declined in popularity among the youth are more a result of the changing tastes across all ages than a generational shift. 1. 2. 3. 4. 5. 6. 7. 8.

Institute e.V. Some Asian glaciers 'putting on mass' 15 April 2012Last updated at 13:35 ET By Richard Black Environment correspondent, BBC News The Karakoram range is home to K2, the world's second highest mountain Some glaciers on Asia's Karakoram mountains are defying the global trend and getting thicker, say researchers. A French team used satellite data to show that glaciers in part of the Karakoram range, to the west of the Himalayan region, are putting on mass. The reason is unclear, as glaciers in other parts of the Himalayas are losing mass - which also is the global trend. The region's glaciers are poorly studied, yet provide a vital water source for more than a billion people. The response of Himalayan glaciers to global warming has been a hot topic ever since the 2007 report of the Intergovernmental Panel on Climate Change (IPCC), which contained the erroneous claim that ice from most of the region could disappear by 2035. The method has been used before in other mountain ranges, but it is not as straightforward as it might sound.

How does today impact tomorrow’s success? Everyone wants to have a good day, but not many people know what a good day looks like – much less how to create one. And even fewer people understand how the way you live today impacts your tomorrow. Have you ever asked someone what he was doing and heard him respond, “Oh, I’m just killing time”? Have you ever really thought about that statement? If we want to do something with our lives, then we must focus on today. The secret of your success is determined by your daily agenda. It all comes down to what you do today. Make the decision once, then manage it daily. There are only a handful of important decisions that people need to make in their entire lifetimes. If you make decisions in those key areas once and for all – and then manage those decisions daily – you can create the kind of tomorrow you desire. Successful people make right decisions early and manage those decisions daily. Here are the twelve areas where I make decisions and then manage them on a day-to-day basis:

Clean Clothes and Dishes For a Fraction of the Energy Standards -- they’re so boring yet so essential. That is true in every industry, and particularly for energy-intensive products. Just ten years ago, a clothes washer used double the amount of energy it does today. The new standards for clothes washers and dishwashers will save consumers an estimated $10 billion in energy and water costs. "Working with consumer, industry and environmental groups to develop common-sense energy-saving appliance standards is an important part of the Obama administration's all-of-the-above approach to American energy and the Energy Department's efforts to reduce energy costs for consumers," DOE Secretary Steven Chu said in a statement. The standards for clothes washers will go into place in 2015 and dishwasher standards will take effect in 2013. Some appliances, such as dishwashers, have already become so efficient that updating the standard is important, but there is diminishing savings that can be gained. Even with the advancements, it’s a slow roll.

Global Warming : Climate Change News, Facts, and Solutions 10 Ways to Appear More Authoritative at Work If you want to be taken more seriously at work, take a look at how authoritative you appear. Many people, especially newer managers, undermine their own authority without realizing it, and then wonder why they're not more respected. Here are 10 ways to exude confidence and appear more authoritative at work: 1. [Related: Why Intelligence Is Overrated] 2. 3. 4. 5. 6. 7. [Related: The Best Big Cities for Jobs] 8. 9. 10. Alison Green writes the popular Ask a Manager blog, where she dispenses advice on career, job search, and management issues. More From US News & World Report