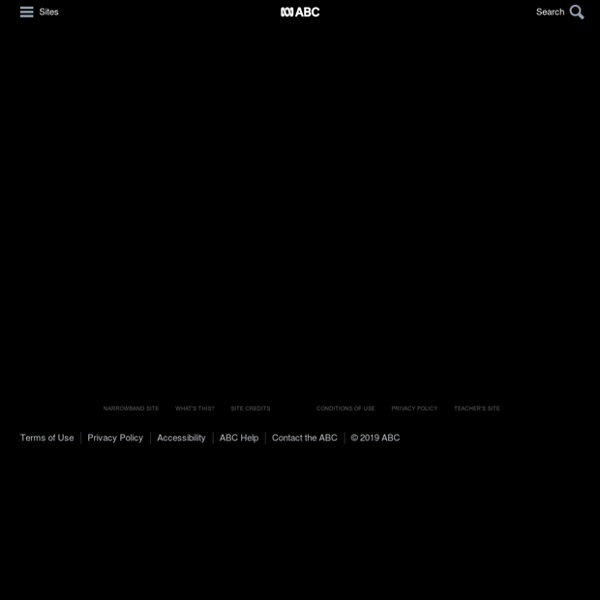 Related:  Understanding the world of Nanberry

Summary of the 1780s In 1787 Lord Sydney (1733–1800) of the British Colonial Office in Great Britain gave instructions to Governor Arthur Phillip (1738–1814) to establish a penal colony on the Dutch-named land, New Holland. He was also ordered to open friendly communications with the local Indigenous peoples and encourage the convicts and marines to show them kindness. His instructions required giving protection to Indigenous people and punishing those who harmed them. There is no evidence of any acknowledgement of Indigenous peoples' ownership of the land. At this time, the Indigenous population of Australia is estimated to have been approximately between 500,000 and 750,000 people. The First Fleet left England on 13 May 1787, comprising a flotilla of ships with convicts and marines. In 1788 the lives of the Eora people, living near the harbour they called Warrang, were about to change forever with the arrival of the First Fleet. From the start, the colony was beset with problems.

Summary of the 1790s The 1790s opened with the small Port Jackson British colony under threat of starvation. After substantial crop failures and the wreck of the store ship HMS Guardian off the Cape of Good Hope, a mere five weeks' supply of rations was left in the stores. In 1790, the settlement's non-Indigenous population was 1,715 and the settlement at Norfolk Island numbered 524. The Second Fleet arrived in June 1790 after losing more than a quarter of its 'passengers' en route through sickness. The Third Fleet arrived in April 1791 bearing convicts whose physical condition was equally appalling. The New South Wales Corps replaced the marines in 1791. A complete map of New Holland was gradually being drawn due to sea explorations and the charting of the inlets and coasts of the continent. In 1792, Major Francis Grose (1758–1814) was appointed commandant of the New South Wales Corps, administering the penal colony after the departure of Governor Arthur Phillip (1738–1814).

Pemulwuy | National Museum of Australia Disrupting colonisation Pemulwuy featured significantly in the ongoing resistance to colonisation. He was involved in the mortal wounding of John McIntyre on 10 December 1790. McIntyre, appointed Phillip’s gamekeeper on 3 March 1788, was one of three convicts armed and sent out to hunt game to add to the colony’s meagre and dwindling supplies of food. The Australian Dictionary of Biography notes that McIntyre was ‘feared and hated by the Eora people’, and it surmises that the attack was a retribution for him breaking Indigenous laws and for his violence towards Indigenous people. Phillip, who had until then been tolerant in his views, changed his position and called for a punitive raid. It was in response to this, and the growing attacks on his people’s rights, that Pemulwuy led a series of raids from 1792. The Bidjigal burnt huts, stole maize crops and attacked travellers. The most substantial confrontation was the ‘Battle of Parramatta’.

John White - Australian Dictionary of Biography John White (1756?-1832), naval surgeon, entered the navy on 26 June 1778 as third surgeon's mate in H.M.S. Wasp. He received his diploma of the Company of Surgeons on 2 August 1781, and in the next five years his naval service took him as far as the West Indies and India. Of almost 1500 people in the eleven ships of the First Fleet 778 were convicts, many in poor health from long imprisonment. On joining the First Fleet White had begun to keep a journal, in which he made many notes of birds examined in the colony. Meanwhile the infant colony had reached the edge of famine. The strain on White was severe and in December 1792 he applied for leave in England. White reached London in July 1795. For three years (1796-99) White served in various ships. White left an estate valued at £12,000. Citation details

Convicts’ Colony – Hyde Park Barracks A new colony In January 1788, a fleet of 11 British tall ships sailed into a sheltered harbour, which the British called Port Jackson. Just over 1000 people stepped ashore at a small bay. More than 700 were convicts; the rest were soldiers and officials, some with their families and servants. The new governor named the bay Sydney Cove, but to the Gadigal clan who lived there it was Warrane. British authorities had used the system of convict transportation – banishing prisoners to serve their sentences overseas – as a form of punishment since the early 17th century, sending convicts mainly to the colonies in North America. The settlement of New South Wales was founded with a dual purpose and an extraordinary vision. Building new lives By the early 19th century, most convicts lived with and worked for private masters, many of whom were ex-convicts. A number of convicts were selected for government work or public projects. Yet Sydney would not stay a fledgling settlement forever.

Convict hulks Skip to main content Mobile Menu Search form Hyde Park Barracks Search [Prison hulk loading] [Prison hulk loading], Samuel Atkins, 1787–1808, watercolour. Convict hulks Convict Hulks Hulks in Australia The Floating Museum In the 21st century we are accustomed to thinking of imprisonment as one of the more obvious forms of punishment for convicted criminals. The industrial revolution, social change and war caused great changes in the lives of British people in the 17th and 18th centuries. British authorities had used the transportation of criminals overseas as a form of punishment since the early 17th century, particularly to provide labour in the American colonies. Convict Sydney website Follow the story of Sydney, from a restless convict colony perched uncertainly on Aboriginal land, through to a bustling city and international seaport. Prison-ship in Portsmouth Harbour, convicts going aboard, Edward William Cooke, 1828, hand-coloured etching. Hulks in Australia The Floating Museum Notes 1. Buy Girt

The Convicts’ Colony - 1788-1815 | Sydney Museum Initially, convict work was focused on the basics of survival and shelter: clearing land; cutting trees; forming docks, tracks, bridges and fortifications; and gathering materials for storehouses and workshops, such as shingles, logs, saplings, rocks, mud, sand and oyster-shell mortar. Convicts built their own houses, some in neat rows, others jumbled on the rugged shelves of The Rocks. Convicts also hunted, fished, and collected oysters from the foreshores, as well as vegetables and tea from the bush. Historians think that this is why the population were reportedly in such good health. In addition, coming from a country where their beloved ‘commons’ had been taken from them and enclosed, they relished this new freedom to roam and forage in the bush. By the mid-1790s, with the colony’s future looking brighter, convict labour was directed towards larger-scale agricultural production. The earliest efforts at large-scale farming took place at Farm Cove/Wogganmagule to the east of the town.

Aboriginal people of coastal Sydney Aboriginal People of coastal Sydney collected and ate many different types of shellfish and crustaceans. Shellfish Among the early historical observation of shellfish being cooked and eaten, and scattered around the huts, there are few descriptions of shellfish collecting. However, the few observations that mention the gender of the collector or carrier of the shellfish indicate men as well as women were involved in collecting shellfish in the Sydney region. Shellfish were collected by hand from rock platforms as well as the sandy and muddy intertidal shorelines of the coast and estuaries. In Botany Bay Captain Cook saw people were in canoes collecting shellfish by hand from the sand and mud banks in shallow waters. Oysters (probably both mud and rock oyster, though this is not specifically stated), mussels, cockles and limpets were the only species named. Along the ocean coastlines, there is a greater range of shellfish in the shell middens. Crustaceans

My place is a series of video stories about the different children who lived in the same place over the last 2 centuries, beginning with stories of aboriginal children "before time" by mariannenicholas Mar 11