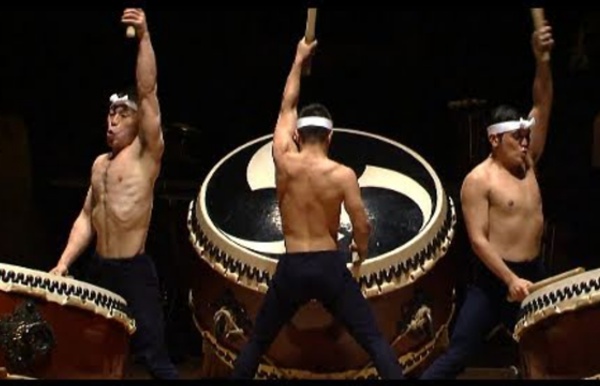 Ants Among Elephants by Sujatha Gidla review – life as an ‘untouchable’ in modern India Not long ago, at a conference that brought together academics, writers and artists in Kochi in south India, the historian Vivek Dhareshwar unsettled his audience by saying that there was no such thing as caste – that it was a conceptual category the British used to understand and reduce India, which was internalised almost at once by Indians. “Caste” was not a translation of “jaati”, said Dhareshwar; “jaati” was a translation of “caste” – that is, the internalisation by Indians of the assumptions that the word caste involve meant they took its timelessness and authenticity for granted. Dhareshwar seemed to be implying – forcefully and outlandishly – that caste was at once a colonial inheritance and a habit of thinking, whose provenance no one felt the need to inquire into any longer. This was deeply nervous-making.

An Island of Monsters from Japanese Folklore The French photographer Charles Fréger has travelled the world in pursuit of people in costume. He has devoted projects to both imagined characters and real-life figures—road sweepers, water-polo players, practitioners of Mardi Gras rituals in New Orleans and pagan traditions in Europe—interested, always, in how people “look the part.” In his latest series, “YOKAINOSHIMA,” Fréger catalogues the monsters, or Yokai, of Japanese folklore. Made between 2013 and 2015, and collected in a book published this month by Thames & Hudson, the pictures in the project form a colorful encyclopedia that displays figures of Japanese custom strangely removed from the world of their origin. Fréger has lined up monsters from all over the islands of Japan: those who dance in hope of a bountiful harvest; those who come down from the mountains, sword in hand, to encourage a productive new year; those who comfort the souls of children who have died in famines.

Quantum Dots Synthesized From Tea Leaves Could Be The Future Of Nanomedicine We now have a clean, cheap way of manufacturing quantum dots, an advanced, microscopic tool that scientists are learning how to use to enhance everything from solar panels to cancer treatments. All they needed was green tea leaf extract, along with a couple other chemicals. But let’s back up, because that’s a lot to take in. Knowledge of different cultures shakes up psychology 2 clicks The academic discipline of psychology was developed largely in North America and Europe. Some would argue it’s been remarkably successful in understanding what drives human behaviour and mental processes, which have long been thought to be universal. But in recent decades some researchers have started questioning this approach, arguing that many psychological phenomena are shaped by the culture we live in. Clearly, humans are in many ways very similar – we share the same physiology and have the same basic needs, such as nourishment, safety and sexuality.

The Terrible Emotion Locked In A Single Word click 2x Anthropologists Renato and Shelly Rosaldo lived in the Philippines with the Ilongot, an isolated tribe in the rain forest. They were based here, in a settlement of Kakidugen, from 1967 to 1969 and in 1974. Courtesy of Renato Rosaldo hide caption toggle caption Meet the People Planting Trees After Canada's Lumber Harvest Luc Forsyth can’t decide which memories best illustrate the glorious hardship of his six seasons as a tree planter in Canada. Maybe it was his first day, when his crew leader told him to “deal with it” after hours of work in new boots had shredded his feet. Maybe it was years later, when his hands were so stiff after seemingly endless days of cold rain that he urinated on them in a desperate attempt to defrost himself. Or perhaps it was the many raucous nights in the nearest logging town, shooting pool and doing laundry with the rest of the planting crew, a group of strangers bonded by adversity.

Native cartography: a bold mapmaking project that challenges Western notions of place Aeon email newsletters are issued by the not-for-profit, registered charity Aeon Media Group Ltd (Australian Business Number 80 612 076 614). This Email Newsletter Privacy Statement pertains to the personally identifying information you voluntarily submit in the form of your email address to receive our email newsletters More generally, when visiting the Aeon site you should refer to our site Privacy Policy here. This Email Newsletter Privacy Statement may change from time to time and was last revised 5 June, 2018. We’re back from Tribal Quest Siberia! « MyHeritage Blog The MyHeritage delegation recently returned from a third Tribal Quest expedition — this time to Siberia — to continue our mission to preserve the family histories of remote tribes. Throughout their month-long journey, the team documented the stories of the Nenets people living in the Yamal Peninsula in Siberia, preserving the unique heritage of the nomadic herder tribe. The trip to Siberia faced particular challenges, because of extreme weather conditions and transportation difficulties, which made traveling to remote families near-impossible. By the same token, the far reaches of Siberia provided a rare opportunity to document the exceptional family life and tradition of a tribe in a spectacular area, with the glow of the northern sky at night, and a brilliant white glare as far as the horizon during the day. Here is a short video showing highlights from the trip to Siberia: Previously, the MyHeritage team had visited tribal communities in Namibia and Papua New Guinea.