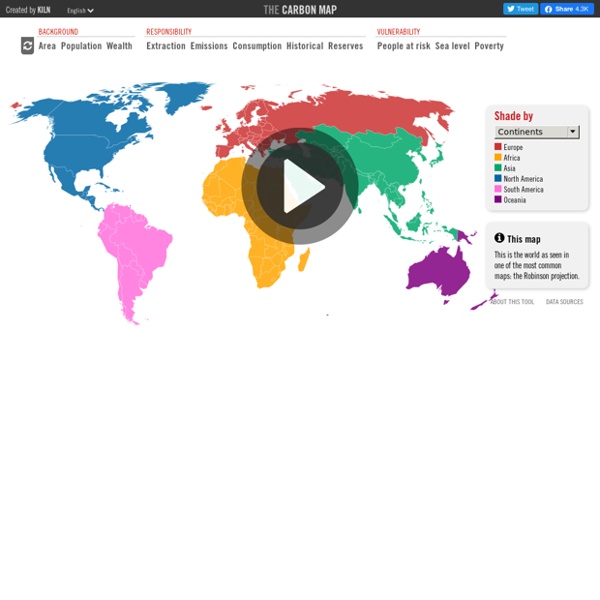 Counting the cost: the hidden price of coal power Each year, the US sets off the equivalent of 20-30 atomic bombs worth of explosives, effectively obliterating entire features of its own landscape. Why? To get at the coal that's inconveniently located beneath the mountains of Appalachia. That jaw-dropping figure came towards the end of a session at last month's meeting of the American Association for the Advancement of Science called "The True Cost of Coal." Most methods of resource extraction and use come with various forms of what are called externalities, or costs that aren't included in the final product, but distributed across society as a whole in the form of things like environmental degradation and damage to health.

Global Resources Outlook Much is at stake as global society approaches the final decade before the Sustainable Development Goals are fixed to be realized in 2030. The international community has set high ambitions for global prosperity, the protection of our biological diversity and land resources, and limiting global warming. Progress towards these ambitions is within our grasp – but a fundamental change in how natural resources are used around the world is necessary to succeed. Since the 1970s, global population has doubled and global Gross Domestic Product has grown fourfold. These trends have required large amounts of natural resources to fuel economic development and the attendant improvements in human well-being this has brought across the globe. However, these gains have come at a tremendous cost to our natural environment, ultimately impacting human well-being and exacerbating inequalities within and between countries.

The myth of renewable energy "Clean." "Green." What do those words mean? When President Obama talks about "clean energy," some people think of "clean coal" and low-carbon nuclear power, while others envision shiny solar panels and wind turbines. Deadly Heatwaves Heatwaves pose a considerable concern to human life when their conditions exceed the capacity of the body to expel heat. This causes a life threating situation referred to as hyperthermia. Numerous cases like the 2003 European heatwave, when 70,000 people died in a two-week heatwave, or the 2010 Moscow heatwave, when 10,000 people die in a two month heatwave, are some staggering examples of the risk to life posed by heatwaves. Aside from a handful of other highly cited deadly heat events, little is known about how common killer heatwaves are.

Deaths per TWH by energy source Comparing deaths/TWh for all energy sources I wrote this back in 2008 and with one new death that is somewhat nuclear energy related (a death at one of the japanese nuclear plants following the 8.9 earthquake) the statistics are not changed. Japan should have had sealed backup diesel generators or updated some of their designs. However, nuclear still compares very, very well to the other energy sources. Virtual Water - Discover how much WATER we EAT everyday The good news is that each one of us can also make the world a little more water secure, ready to face the needs of our peak population future. How? The answer lies in our shopping baskets. The amount of meat in our diet is crucial! The average daily water consumption of a meat-eating person is 5000 litres of water per day.