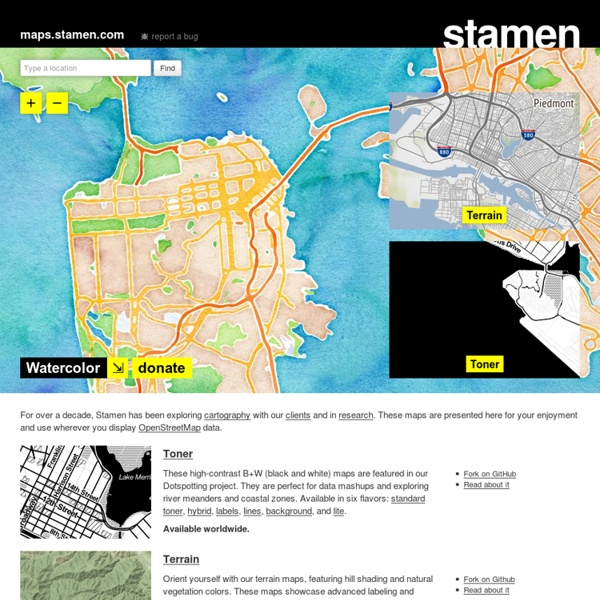 20 maps that never happened Maps are a powerful way of illustrating not only the world that is, but worlds that never have been. What follow are not fictional maps — there's no Westeros or Middle Earth — but plans and hypotheticals that never came to pass. You'll see military plans for invasions that didn't happen or conquests that were hoped-for and never achieved. You'll also find daring infrastructure schemes that would have remapped cities and even whole continents. There are proposals for political reform — some serious and some more fanciful — as well as deeply serious plans for entire independent nation-states that have never been brought to life. War Plans War Plan Red: The invasion of CanadaFollowing the 1927 Geneva Naval Conference, the US Army — evidently bored with the peace and prosperity of the 1920s — decided to draw up plans for a hypothetical war between the United States and the British Empire. Fantasy Political Reforms Infrastructure Projects Proposed Countries

U printables by RebeccaB Muzeum Dźwięku - warsztaty Tiny People's Wonderful World of Food Ready for some "miniature" stories? Using tiny model figures and food, Seattle-based artist Christopher Boffoli creates fantastic scenes that mimic everyday life! His collection, titled Disparity, is shown in galleries all across the United States. Why did the artist start down this creative path? "I suppose there is in some part a god-like feeling to having command of an entire world which you can rearrange at any capricious whim. Update: We got in touch with the artist to ask him more questions, including why he chose to work with food. Why do most all of your scenes involve food? Like many young boys, I built scale models of cars, planes and boats when I was a kid. In terms of this series, food was a natural choice as a backdrop because it is the most common subject for most people, readily accessible to them. What do you find to be the most enjoyable part of putting these scenes together? For those who want to try out something similar, what tips could you give?

ImageMapster These demos are all set up for you top play with on JSFiddle. (More to come.) Clean USA Map Demo - The USA Map set up, ready for you to play with. Vegetable Tray Demo - Shows using different area options, and capturing events How do I... Work with groups of areas? Area Groups - Demo showing how to use multiple groups per area to create supergroups that you can control indepently from code Set up profiles that control the effects used to render groups of areas. Pre-select certain areas on the map? Get the imagemap to adjust to the size of the browser window automatically? Resize the map when the user resizes Set up complex effects in advance as the background, and then activate the map using different effects? Use "snapshot" to convert the current state of the map into the background Another example using different effects on a specific area Darken the image when someone first mouses over it and show the current area undarkened, e.g. the inverse of the usual behavior?

Inside The Most Amazing Map Library That You've Never Heard Of | Atlas Obscura The American Geographical Society Library at the University of Wisconsin, Milwaukee. (Photo: Luke Spencer.) Within the campus of University of Wisconsin-Milwaukee is a geographer’s treasure trove: over a million artifacts from the American Geographical Society, one of the most incredible collections of maps, atlases and globes to be found in America. But, ironically, the library is practically unexplored territory. It's an inconspicuous home for a storied collection: this is the final resting place of the library of the illustrious American Geographical Society. Faculty members of the geography department at UWM heard what was happening and applied. It took 16 trucks to move the vast collection, where it lives and is actively curated today in the Golda Meir Library. The 'rare room' of the Library containing some of its most valuable items. Photograph taken by Belmore Browne of the expedition to climb the Ruth Glacier, Alaska. The oldest map in the collection dates from 1452. Dr.