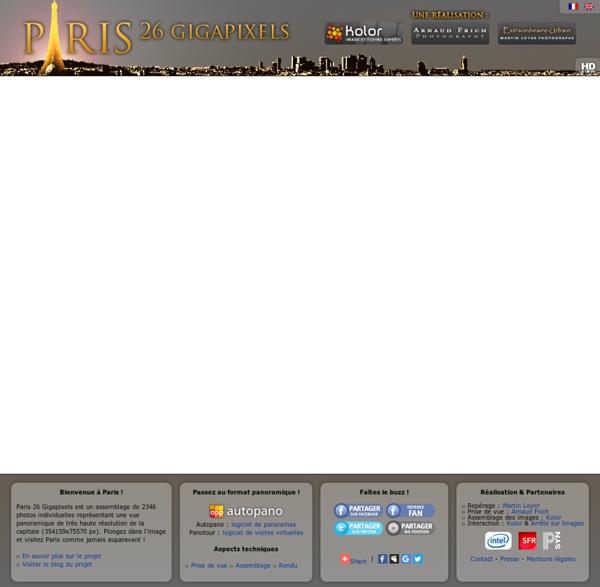 Hidden flavours of Paris Want to savour the French capital's best steaks, freshest baguettes, most welcoming bars and secret street markets? Discover the hidden gems of Paris' food scene with the help of the experts. The article, taken from an edition of Lonely Planet Traveller magazine, shows you how. The secret patisserie - Gérard Mulot Image by Paul and Jill Gérard Mulot is a splendid patisserie and traiteur in St-Germain.

The Drakensberg - Dragon Mountains, South Africa Packing for my first trip to the Republic of South Africa, I didn't bother to research all of its sights beforehand. I thought it would be enough to focus on the most famous ones, such as Kruger National Park, Cape Town, Table Mountain, the Cape of Good Hope, and, of course, Victoria Falls easily accessible by plane, even though it's located outside the Republic of South Africa on the border of Zambia and Zimbabwe. But, as it usually happens during trips, some things become clear only on the spot. Back in Cape Town airport I noticed huge posters with amazing mountain views entitled "The Drakensberg". www.photomacrography.net Thanks Charlie. The seller has just informed me that he can't find the 34.5mm to Series VI adapter in his inventory even though he had 3 listed, so that has fizzled out. Looks like I will have to have one made as I can't seem to find one available anywhere.

Virtual Tour of Cape Town, South Africa Cape Town is one of the most popular cities on the African continent. It is located in the southwestern part of the continent, on the shore of the Atlantic ocean, near the Cape of Good Hope. The history of Cape Town is also that of the entire country: the history of the Republic of South Africa begins in year 1652, when a Dutch seafarer Jan van Riebeeck founded the city of Cape Town. However, this date is just a mere formality for the city itself: the first settlements in this area date back to over 12 000 years! Nowadays, Cape Town is one of the most attractive resort cities in the world, a wonderful oasis that combines the unique look of Africa with the best accomplishments of the Western civilization. Cape Town's hotels feature high quality amenities, and Cape Town's beaches — are a heaven for divers and surfers, young people and those who are looking for a relaxed vacation.

Dubai 45 gigapixels Want to add this gigapan to your favorites? or now. now to add this Gigapan to a group gallery. now to add this Gigapan to a gallery. About This Gigapan Toggle Thinking Of Paris; Places Not to Miss By Arnie Greenberg There are so many details that are often left out of discussions about Paris. I’d like to suggest at least a dozen "MUST SEE" places with a brief description of some. I know we all have different tastes, but looking back through the historical days that shaped Paris, I like to pase and remember. Cape of Good Hope, South Africa. The Most South-Western Point of The African Continent The discovery of Cape of Good Hope — a geographic location with one of the most romantic names in the world — is due to Portuguese navigator Bartolomeu Dias. At the end of the 15th century Portugal was literally obsessed with discovering the seaway to India sending one expedition after another. In 1487 this task was entrusted to Dias. His voyage, as well as his predecessors', was filled with adventures, shooting incidents with local tribes, and threats of mutiny from his crew. Dias ended up sailing only around Africa thinking that if one continues to sail forward, he would arrive to India sooner or later.

Creating spherical panoramas Spherical panoramas (see types of panoramas1) are increasingly popular with VR photographers (both professional and amateur), and they can be more challenging to produce. Some companies used to claim that there is something extra special about being able to look vertically up and down and they would also have you believe that their technology is the only way of achieving this. That is not the case. To achieve the required 180 degree vertical field-of-view, you have these choices: Use an ultra-wide angle fisheye lens that allows you to capture at least 180 degrees vertically Shoot more than one row of pictures Use a 14 or 15mm wide angle lens in such a way that you can add "up" and "down" shots The last two options above are really the same thing - just because you shoot more than one row of images does not mean each row has to have the same number of images.

Walled world: How walls are springing up to divide populations everywhere Justin McCurry The demilitarised zone, or DMZ, stretches for 155 miles from east to west and is lined on its northern and southern perimeters with fences topped with barbed wire to prevent invasions and defections. It first went up in 1953 after the armistice agreement detailed the exact distance both sides were required to withdraw from the frontline. The fence is regularly patrolled by troops who wear special markings to indicate to the enemy that their intentions aren’t hostile. Soldiers from both sides may patrol inside the DMZ, but they are prohibited from crossing the military demarcation line that splits the zone into two strips just over a mile wide.

The splendid mian Mountains2 Shanxi located at Mt. Taihang west, east of Yellow River. Name of the Shanxi, because of occupies Mt. 10 Insanely Delicious Things You Shouldn’t Miss in Paris How about a pain aux cereales? Here’s my list of Ten Great Things To Eat in Paris, things I think you shouldn’t miss! 1. Dinner at Les Papilles