Bryan Stevenson: We need to talk about an injustice 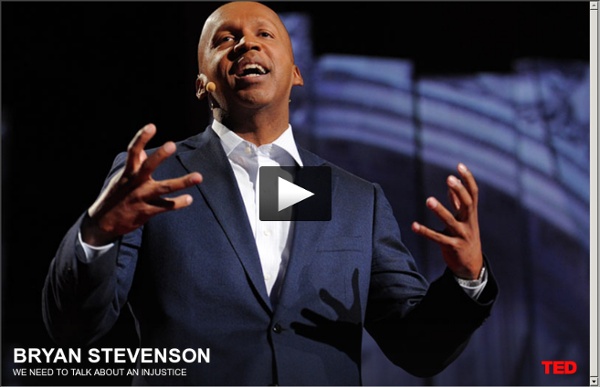 Our eureka moment: what I learned from swapping breadwinning roles with my hu... Four years ago, my husband Dan and I were a bottle of wine down in our draughty, small, city house, our son finally asleep in the boxroom upstairs. We were in the throes of something that usually stays in the realm of fantasy: a bout of scheming – dreaming, really – about our alternative lives. Dan provided our financial security but had had enough of his job in local government and yearned for a simpler life. I was a freelance journalist desperate to write more and travel but, out of necessity, was doing the bulk of the childcare. We also craved the idea of moving from London to a part of the world we’d loved for years.

Come Hell or High Water: The Battle for Turkey Creek Descendants of emancipated slaves who settled on the Mississippi Gulf Coast, the residents of Turkey Creek have been stewards of the creek's rich wetland habitat for generations. Today, the town is surrounded by an airport, big-box stores, highways and an industrial canal which threatens both the community and its wetlands. When the graves of Derrick Evans's ancestors are bulldozed for the sprawling city of Gulfport, the Boston teacher returns home to stand up to powerful corporate interests and politicians alongside his neighbors over the course of a decade.

Should Prostitution Be a Crime? The abolitionists moved into the fight against global labor trafficking in the 1990s, focusing on sex trafficking, though most estimates suggest that the majority of trafficking victims are forced into domestic, agricultural or construction work. The abolitionists wanted to erase the traditional legal distinction between forced and consensual prostitution by cracking down on all of it as trafficking. In 1998, they tried to persuade President Bill Clinton — and Hillary Clinton, who was the honorary chairwoman of the Clinton administration’s council on women — to adopt their broad definition in an international crime treaty and a federal trafficking bill. It was a striking effort to expand and stiffen criminal punishment, a strategy Elizabeth Bernstein, a Barnard anthropologist who studies sex work and trafficking, termed “carceral feminism.” Abolitionists “have relied upon strategies of incarceration as their chief tool of ‘justice,’ ” she wrote in 2007. When George W.

How People Learn to Become Resilient Norman Garmezy, a developmental psychologist and clinician at the University of Minnesota, met thousands of children in his four decades of research. But one boy in particular stuck with him. He was nine years old, with an alcoholic mother and an absent father. White Debt The word for debt in German also means guilt. A friend who used to live in Munich mentioned this to me recently. I took note because I’m newly in debt, quite a lot of it, from buying a house. So far, my debt is surprisingly comfortable, and that’s one quality of debt that I’ve been pondering lately — how easy it can be. I had very little furniture for the first few months in my new house and no money left to buy any. When social workers helped to ban child marriage, suddenly girls had a future... You have to start with what the people want, what their concerns are and to bring everyone together, so they can realise their power to change things,” says social worker Jino Joy. These words were spoken in India, but they could have been said by a social worker anywhere in the world. World Social Work Day is a time to highlight the role of social workers in empowering people and facilitating social transformation from India to Iceland. Joy and his colleagues have supported a community in Bengaluru to set up a bank where residents pay a few rupees a week, which can be used to support families, for example, to deal with health problems or to provide funding when a promising business idea is presented. Sister Archana explains: “We had to change the mindset of the community. They had to learn that they are equal to all other people.

Coronavirus: The refugees teaching languages to lockdown learners around the ... On any given morning in living rooms and kitchens around the world, NaTakallam language tutors settle down in front of their laptops and prepare to teach Arabic, Spanish, French and Farsi to eager, home-bound students. The online language service, taught entirely by refugees, has seen an explosion of interest since global coronavirus lockdowns began. Not only do they offer a new skill, but learners also have the opportunity to swap lockdown stories with people in far flung places, such as Italy or South America, via videocall. "For the Covid-era we were perfectly placed because we're already in the digital realm,” Aline Sara, co-founder and CEO of NaTakallam, told The National by phone from Paris.

White people assume niceness is the answer to racial inequality. It's not I am white. As an academic, consultant and writer on white racial identity and race relations, I speak daily with other white people about the meaning of race in our lives. These conversations are critical because, by virtually every measure, racial inequality persists, and institutions continue to be overwhelmingly controlled by white people. Building better men: how we can begin to redefine masculinity I have a friend – let’s call him Dave, though that’s not his name – who is active in his church, a loving and supportive husband, and a hilarious dinner companion. He’s also a former rapist. He confessed this to me in fits and starts, over dinners and phone calls and late-night drinks, after we’d known each other a couple of years. His story matches much of the research my work relies on, but it still forced me to re-evaluate some of my core assumptions about rapists and about the role of men in ending rape. Dave’s former MO is familiar to anyone who thinks about sexual violence for a living.

In the Pulpit and the Office: The Ubiquity of Racism Denial in Professional Workplace Dialogue With the closing of churches, the pandemic has resulted in the creation of a Sunday-morning buffet of religious services that are available through various social mediums. My husband enjoys listening to a variety of sermons so when I end up in his viewing space, my interest is often piqued by the menu of fascinating perspectives around race that arise out of religious discourse. His Father’s Day channel surf gave me the chance to hear a White male priest share an experience and his perspective on racism. In the Pulpit The priest’s proclamation caused me to think more deeply about the many ways racism is denied.

#BAMEOver - The Statement ‘BAME more than any other acronym has been used to obfuscate and hide the systemic inequalities that are inherent especially in the cultural sector. BAME is used by people who feel their job is done if someone BAME is on a panel or is employed in an entry-level post. BAME is for people who posted black squares on Instagram and came up with anti-racist statements without looking at their all-white staff teams or their all-white boards.’ Listen to a snippet from her speech here. Lara is a freelance consultant specialising in diversity, leadership, collaboration, ideas, innovation cultural policy implementation within the HE, cultural and digital sector.

Meet the psychologist exploring unconscious bias—and its tragic consequences for society When Jennifer Eberhardt appeared on The Daily Show with Trevor Noah in April 2019, she had a hard time keeping a straight face. But some of the laughs were painful. Discussing unconscious racial bias, which she has studied for years, the Stanford University psychologist mentioned the “other-race effect,” in which people have trouble recognizing faces of other racial groups.