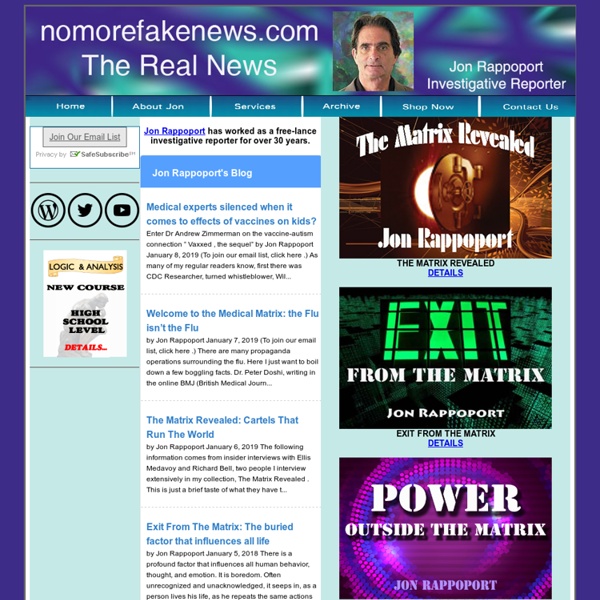 untitled This week observes Independence Day in the United States. So it is highly appropriate that former Congresswoman Cynthia McKinney join me on the Solari Report to discuss our theme for the 2nd Quarter Wrap Up: what the US Constitution is, why it is so important, the devastating possibilities if it is changed, and the human future that is possible if we enforce it. Indeed, enforcing it is the US citizens’ sole remaining option. For many years we have known that invisible forces have run our government from behind the scenes — not just in Washington, but also in state houses and municipalities. The list of presidents, congressman, senators, mayors, government officials, soldiers, journalists, activists and honest business and civic leaders who have been assassinated, “suicided,” poisoned, falsely slandered and framed, entrapped, or dirty tricked in rigged elections is long and growing. Money and violence are the heart of these issues. Now we have reached a fork in the road.

IF YOU LOVE THIS PLANET :: A Weekly Radio Program with Dr. Helen Caldicott H I Sutton - Covert Shores Comments and corrections welcome. Killing KANYON: Countering new Russian Intercontinental Nuclear Torpedoes The Russian Navy fields the Poseidon Intercontinental Nuclear-Powered Nuclear-Armed Autonomous Torpedo will run much deeper and faster than submarines. Therefore new weapon systems will be required to counter it. This article explores some of the near-future systems which may be developed by NATO. It is not clear why the Poseidon (Посейдон) torpedo (NATO: KANYON, aka 'Status-6' (Статус-6), and 'Skif' (Скиф) for seabed launched variant) has been developed. What is unlikely to be a motivating factor however is stealth. Original artwork - CLICK IMAGE FOR HIGH-RESOLUTION: This unique multipurpose weapon spans both the strategic deterrent and tactical nuclear domains, and can be thought of as an exceptionally long-range torpedo with a nuclear warhead which can target coastal cities, and reportedly also moving targets. Check it out on Amazon Check it out on Amazon Nerpa anti-diver UUV

The Bucegi mountain secrets - Hidden From Humanity. Ancient tunnels reveal our true history This page contains excerpts of the discovery plus two years of my research finding confirmations throughout history... In the summer of 2003, in an unexplored area of the Bucegi mountains in Romania, an epochal discovery was found that would completely change the destiny of mankind. Section "I" contains excerpts from the book. Section "II" onwards is my own research regarding this discovery. To prevent this page from being five times longer I have only covered the absolute basics for each section of my own research but anyone who wishes to discuss this further can click here contact me. Sections on this page I. There are 4 primary tunnels and further sub tunnels that lead to deep underground places which you would have heard of. Since the declassification of the new ground-penetrating radar 2 years ago, the most staggering data has emerged of complex and labyrinthine underground systems in various parts of the world. What happened in Romania Ground-penetrating radar “Exactly!” I nodded. 1.

untitled Fukushima Forever | Charles Perrow Recent disclosures of tons of radioactive water from the damaged Fukushima reactors spilling into the ocean are just the latest evidence of the continuing incompetence of the Japanese utility, TEPCO. The announcement that the Japanese government will step in is also not reassuring since it was the Japanese government that failed to regulate the utility for decades. But, bad as it is, the current contamination of the ocean should be the least of our worries. The radioactive poisons are expected to form a plume that will be carried by currents to coast of North America. But the effects will be small, adding an unfortunate bit to our background radiation. Fish swimming through the plume will be affected, but we can avoid eating them. Fukushima is just the latest episode in a dangerous dance with radiation that has been going on for 68 years. Initially the U.S. Powerful arguments were needed, due to the fallout from the fallout from bombs and tests.