How Many People Did Nuclear Energy Kill? Nuclear Death Toll 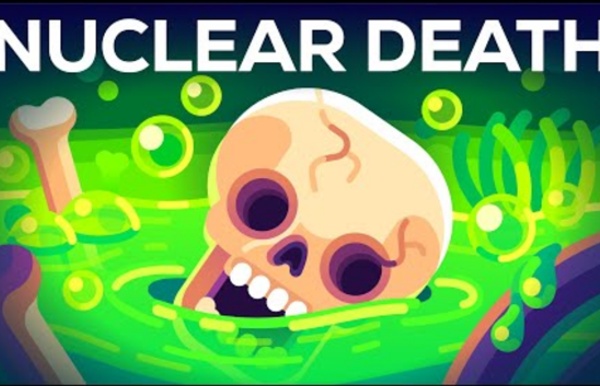 Related:  Useful information • You may be in Danger • Interesting Facts

Is this the end of forests as we've known them? Camille Stevens-Rumann never used to worry about seeing dead trees. As a wildland firefighter in the American west, she encountered untold numbers killed in blazes she helped to extinguish. She knew fires are integral to forests in this part of the world; they prune out smaller trees, giving room to the rest and even help the seeds of some species to germinate. “We have largely operated under the assumption that forests are going to come back after fires,” Stevens-Rumann said. But starting in about 2013, she noticed something unsettling.

Women Dominated Beer Brewing Until They Were Accused of Being Witches click2x Editor’s note, March 17, 2021: Last week, we ran this story that originally appeared on The Conversation, a nonprofit news outlet that publishes writing by academic experts from around the world. After publishing, we heard from multiple scholars who disagreed with the framing, analysis and conclusions discussed in the article below. They argue, in fact, that contemporary depictions of witches originated in sources other than women brewers and that the transfer from women to men of the work of brewing, in various geographic and historical settings, came about for economic and labor reasons. We addressed a number of factual errors in our March 10, 2021, editor’s note, found at the bottom of the page, and we have changed the headline from its original version. What do witches have to do with your favorite beer?

South Korea Leads World in Innovation as U.S. Exits Top Ten South Korea returned to first place in the latest Bloomberg Innovation Index, while the U.S. dropped out of a top 10 that features a cluster of European countries. Korea regained the crown from Germany, which dropped to fourth place. The Asian nation has now topped the index for seven of the nine years that it’s been published. Singapore and Switzerland each moved up one spot to rank second and third. The Bloomberg index analyzes dozens of criteria using seven equally weighted metrics, including research and development spending, manufacturing capability and concentration of high-tech public companies.

Deaf women fought for the right to vote If Susan B. Anthony had a deaf sister, everyone would know that deaf suffragists fought tirelessly for expanding women’s right to vote, right alongside Anthony herself. Everyone would know deaf suffragists contributed to women’s emancipation in the United States and Britain and that they lived bold lives. How three conspiracy theorists took 'Q' and sparked Qanon In November 2017, a small-time YouTube video creator and two moderators of the 4chan website, one of the most extreme message boards on the internet, banded together and plucked out of obscurity an anonymous and cryptic post from the many conspiracy theories that populated the website's message board. Over the next several months, they would create videos, a Reddit community, a business and an entire mythology based off the 4chan posts of “Q,” the pseudonym of a person claiming to be a high-ranking military officer. The theory they espoused would become Qanon, and it would eventually make its way from those message boards to national media stories and the rallies of President Donald Trump. Now, the people behind that effort are at the center of a fractious debate among conspiracy enthusiasts, some of whom believe the three people who first popularized the Qanon theory are promoting it in order to make a living. Part of the Qanon appeal lies in its game-like quality. The anons

'Today I Learned': 30 Intriguing Things People Didn't Learn At School, But Found On The Net (New Pics) Life’s a never-ending lesson in the best way imaginable. If you’re even slightly curious about the world and have an open mind, you can quite literally learn something new every single day. And I don’t know about you, dear Pandas, but I’m on a roll and I don’t plan to stop my worldly education any time soon. Probably the best place to learn something new is the ‘Today I Learned’ subreddit that boasts 25.1 million members and has been enlightening netizens with interesting tidbits of trivia ever since it was founded in the ancient year of 2008. We’re huge fans of the TIL community and we’ve written about them in so much depth, you could stack our articles up to the Moon and back… probably. You’ll find Bored Panda's most recent articles about them right here, over here, as well as here.

What To Do With a Broken Zipper Duaa Awchi / EyeEmGetty Images The common zipper is a remarkably durable device that has remained ostensibly unchanged for more than a century. And today, zippers remain popular as the simplest, most reliable way to quickly open and securely close everything from jackets and jeans, to tents and backpacks. However, when a zipper stops working properly it can send the most mild-mannered among us into a fit of rage.

The Largest States in the U.S. by Area Every state in the Union is bound by the same Constitution, but states aren't always equal. In terms of wildlife, industries, culture, and even size, the different states can be wildly different from one another. Find out which states make up a bigger part of the union than the rest (in terms of area). You May Also Be Searching For: Land and Water Area of States | Top Ten Archive 50 'Cool Guides' People Shared On This Group That Contain Information They Don't Teach At School One of my secret pleasures (and feel free to chime in if you’re a geek like me) is looking through various colorful guides and infographics, from what plants are edible in forests to hypothetical explanations on how best to survive the zombie Apocalypse that 2020 promised but never delivered. The multi-million-member ‘Cool Guides’ community on Reddit is the prime place to go to for (yup, you guessed it!) cool guides. From aesthetically pleasing and very informative ones to quirky and funny ones, you’ll find a bit of everything to keep those noggins of yours learning and yearning for more, dear Pandas.

What Day of the Dead tells us about the Aztec philosophy of happiness Growing up in the United States, I remember on Halloween my mother used to say, “Honey, this is not just a day for costumes and candy. You must also remember your relatives. Know their names.” She would show me pictures of great-aunts, uncles and other deceased relatives. Meanwhile, my family members in Mexico observed Day of the Dead, a national holiday that is celebrated from Oct. 31 to Nov. 2. Where 2020's Record Heat Was Felt the Most 2020 was effectively tied with 2016 for the hottest year on record, as global warming linked to greenhouse gas emissions showed no signs of letting up. This analysis of global temperatures, by the NASA Goddard Institute for Space Studies and released Thursday, found that 2020 was slightly warmer than 2016. But the difference was insignificant, the institute’s director, Gavin Schmidt, said in an interview. “Effectively it’s a statistical tie,” he said. Other analyses issued Thursday, one by the National Oceanic and Atmospheric Administration and another by Berkeley Earth, an independent research group in California, found that 2020 was slightly cooler than 2016, as did one published last week by the Copernicus Climate Change Service in Europe.

Related:
Related:  Useful information   -  You may be in Danger   -  Interesting Facts