The Feldenkrais Method of Somatic Education 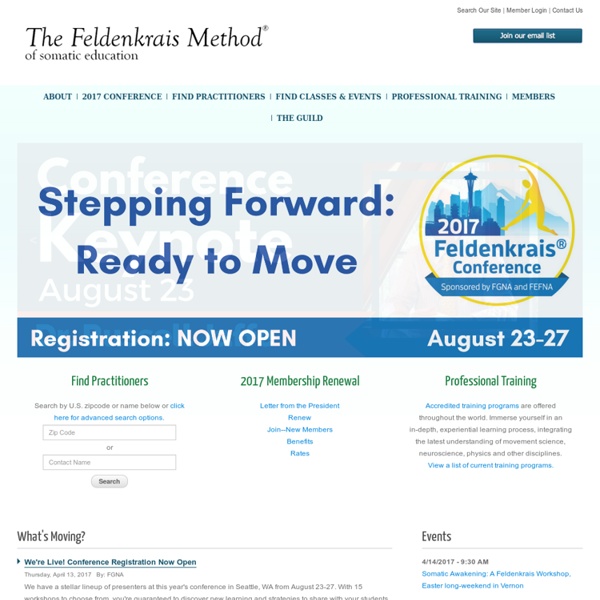 Hellerwork Structural Integration When Drupal 6.x dev always returns page not found ... pages can still be found | Riff Blog A problem with the yet unreleased versions of Drupal 6 is that in some cases Drupal all of a sudden seems to lose all of its paths. In my case it happened when working on a port of an OSInet module from the Drupal 4.7 to Drupal 6 API. A symptom of the problem can be seen by checking the menu_router table and finding it to be empty, although it should contain the default site navigation. Before reinstalling, a quick hack/fix can return the site to a better behaviour: since Drupal knows how to install itself, how about asking it to regenerate the menu_router table ? Luckily, there's a function which does just that: menu_rebuild. So just edit index.php at the root of your Drupal install, just like this: <? menu_rebuild(); // use just oncedie(); // use just once $return = menu_execute_active_handler();// [...]? Now invoke any page on the site, just once, then remove the two added lines, and your menu should return to normal.

250+ Killer Digital Libraries and Archives Hundreds of libraries and archives exist online, from university-supported sites to accredited online schools to individual efforts. Each one has something to offer to researchers, students, and teachers. This list contains over 250 libraries and archives that focus mainly on localized, regional, and U.S. history, but it also includes larger collections, eText and eBook repositories, and a short list of directories to help you continue your research efforts. death The sites listed here are mainly open access, which means that the digital formats are viewable and usable by the general public. So, such sites as the Connecticut Digital Library (iCONN) are not listed, as they operate on the premise that the user has a Connecticut library card in his or her possession. Efforts were made to go to the root source for these collections. Localized Collections The sites listed below focus on a certain state’s towns, cities, counties, or regions within a given state. Alabama Alaska Arizona Arkansas Iowa