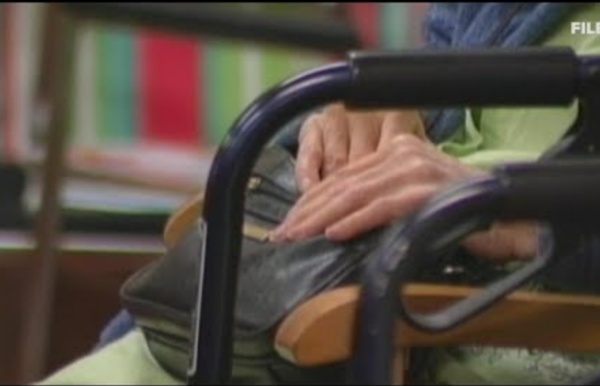 Social Isolation Leads to Depression for Seniors As people age, they may become isolated; and that isolation can lead to depression, according to a recent post from the Straits Times. A study led by Dr. Nadee Goonawardene reveals that seniors living alone are most at risk for mental health issues like depression. Social isolation, loneliness in older people pose health risks Human beings are social creatures. Our connection to others enables us to survive and thrive. Yet, as we age, many of us are alone more often than when we were younger, leaving us vulnerable to social isolation and loneliness—and related health problems such as cognitive decline, depression, and heart disease. Fortunately, there are ways to counteract these negative effects.

How to Avoid Social Isolation During Coronavirus Pandemic 2. Plan and connect It's important to talk to family and friends to develop a plan to safely stay in regular touch as we socially distance ourselves, or if we are required to self-quarantine for a possible exposure or are in isolation for a COVID-19 infection. This plan should confirm whom you can reach out to if you need help accessing food, medicine and other medical supplies. It's also important that communication and planning allow us to remain safely connected as we practice social distancing. COVID-19: Ensuring the elderly don't become isolated during the outbreak SINGAPORE: Organisations that provide care and support for the elderly are stepping up outreach efforts to prevent loneliness and heightened isolation among old folks during tighter safe distancing measures put in place during the COVID-19 pandemic. To protect seniors – a vulnerable group at a higher risk of getting a severe infection – activities for them were already suspended earlier in March. With further distancing measures in place, the lack of social interaction and physical activity could have a negative impact on the mental and physical health of vulnerable elderly populations, said Dr Chris Tsoi a senior consultant from the department of psychological medicine at the National University Hospital (NUH). Madam Koh lives alone and has already seen reduced social interactions over the past few weeks.

Coronavirus: Elderly hit hard by social isolation amid circuit breaker measures, Health News A needle and the television set - these two objects have been keeping 83-year-old Nellie Woo company from morning to night for the past week while she is holed up alone at home. She used to enjoy playing bingo and exercising with her elderly neighbours at the Senior Activity Centre (SAC) downstairs, as well as chatting with volunteers who visited her studio flat. Now that all activities for seniors - including home visits - have ceased due to strict circuit breaker measures, Madam Woo is feeling lonely and emotionally down. She thinks about suicide sometimes, and has spent so much time staring at her patchwork and TV lately that her doctor had to give her antibiotics for dry eyes. For such elderly people, the ills that come with social isolation pose a significant health risk, say some seniors and social workers. Out of the 208,000 people who live alone in Singapore, at least a quarter of them are elderly.

Social Isolation and Loneliness in Older Adults: Opportunities for the Health Care System among older adults” (p. e37). One of the most common and frequently examined social robots is PARO, a robotic baby harp seal, which has been tested in various settings with older adults with and without cognitive limitations (Jøranson et al., 2016; Liang et al., 2017; Robinson et al., 2013). Other examples include a robotic dog named AIBO (Banks et al., 2008), a humanoid communication robot called NAO (Soler et al., 2015), a humanoid robot designed to communicate and behave like a 3-year-old boy (Tanaka et al., 2012), and health care robots IrobiQ and Cafero (Broadbent et al., 2014). Broader in concept than social robots, conversational agents are “systems that mimic human conversation using text or spoken language” (Laranjo et al., 2018, p. 1248). Conversational technologies involve the use of intuitive, natural language on the part of both the user and the system.

Recovery Intervention to Promote Social Connectedness through Social Recreational Programs for Persons with Dementia: A Critical Analysis 1. Introduction On a global scale, more and more individuals are living longer, thus increasing the global aging population. It is important to take into consideration that as the population ages, certain health requirements need to be fulfilled in order to meet the needs and specificity of care for older adults outside the traditional medical care model [1]. Social isolation and the elderly poor in Singapore SINGAPORE: Her one-room flat was a cluttered mess, and Madam Helen Fernandez herself never seemed to bathe, said her neighbours who always saw her in the same set of clothes. When case workers first visited the unkempt and confused elderly widow, they had to rush her to hospital for very high blood pressure – which resulted because she hadn’t been taking her medication and had been missing doctors’ appointments. Since her husband died 17 years ago, Mdm Fernandez had been living alone with no friends or family – and slowly falling prey to loneliness and dementia.

Avoiding social isolation Print People experience social isolation for a variety of reasons such as discrimination, lack of employment, being homeless or generally being in situations where they feel like their ideas and opinions are not valued. Social isolation can lead to very serious mental and physical health risks. Effects of social isolation might include: insomnia and tirednessincreased chance of developing anxiety, depression and other mental illnesseselevated blood pressureincreased chance of developing dementianegative feelings, including self-denial, guilt and self-loathingself-harmthoughts about suicideincreased risk of substance misusephysical health implications, including worsening illness, weight loss or gain.

Ways of Preventing Social Isolation Among Seniors As seniors age, their lives can become more isolated. Their families are no longer at home with them, and they may begin to isolate themselves from the outside world because it has become more difficult for them to get out. Social isolation among seniors can also impact their health. Elderly Social Isolation, Loneliness in COVID-19 May Lead to Cognitive Decline THURSDAY, Sept. 17, 2020 (HealthDay News) -- Social isolation and loneliness can increase the risk for cognitive decline in seniors, according to Carla Perissinotto, M.D., geriatrician and associate chief for geriatrics clinical programs at the University of California in San Francisco, who recently spoke with HD Live! about the current challenges facing seniors in assisted living or nursing homes during the COVID-19 pandemic. While people are having to socially and physically distance to protect their health now, the long-term health effects of this isolation remain unknown, Perissinotto said. Being able to socialize and be physically active are both health-protective measures, and similar to the model of "use it or lose it" in regard to muscle development, a lack of social interaction can be detrimental to a person's cognitive health and even increase the risk for developing dementia over time by 50 percent, she explained.

Social Isolation and the Elderly (75+) - Little BrothersLittle Brothers “It is up to us as a society to ask ourselves how we can pull together to put an end to this isolation and reach out to our senior citizens.” — Caroline Sauriol, Executive Director of Little Brothers, in an interview with Marie-France Bazzo Social isolation is commonly defined as a low quantity and quality of contact with others. A situation of social isolation involves few social contacts and few social roles, as well as the absence of mutually rewarding relationships. [1]