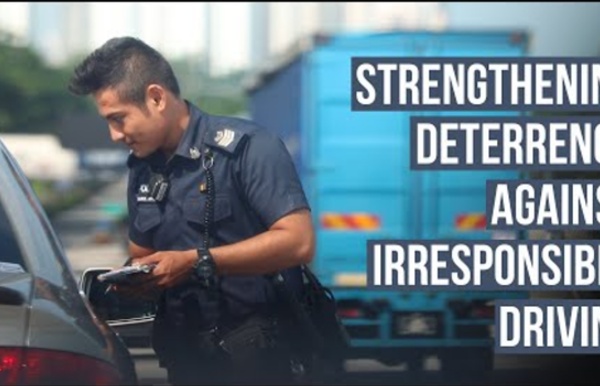 Harsher penalties for driving offences including longer jail terms and heavier fines, Singapore News SINGAPORE - Irresponsible and reckless motorists may face longer jail terms and have their vehicles seized under proposed changes to the Road Traffic Act (RTA). Announcing this on Thursday (Feb 21), Ms Sun Xueling, Senior Parliamentary Secretary for Home Affairs (MHA) and National Development, said: “We want to increase the penalties for motorists who drive irresponsibly and cause serious accidents. “This will deter them and ensure that they receive sentences that are commensurate with the harm they caused.”

Traffic Fines in Singapore - LTA, URA, HDB, TP and ERP When you own a car, traffic wardens are your worst enemy and roadblocks send shivers down your spine – after all, there’s nothing worse than getting traffic fines in Singapore. As if it’s not enough that the cost of your car and COE would be enough for you to retire in a neighbouring country, there’s also quite a number of traffic fines you could potentially be slapped with. LTA fines in Singapore HDB parking fines in Singapore Road Safety Tips A safe road journey cannot be taken for granted! Like Gracious Joseph, remember to always exercise patience and graciousness. Stay alert, drive carefully and follow traffic rules, signs, and signals. Follow these safe-driving tips and habits to enhance your experience on the roads, and make your journeys more safe and pleasant.

Launch Of Singapore Road Safety Month 2020 Online Campaign The Singapore Road Safety Council (SRSC) and Traffic Police (TP), with support from the Land Transport Authority (LTA), Ministry of Education (MOE), People’s Association (PA) and Automobile Association of Singapore (AAS), launched the Singapore Road Safety Month (SRSM) 2020 online campaign today. In its eighth year, the theme of the month-long campaign is “Road Safety for All”, and will focus on raising awareness on road safety and encouraging road users to play their part in keeping the roads safe. During the campaign, posters and banners will be displayed on trains, bus shelters and lampposts in the heartlands and vicinity of schools to remind the road users on good road safety practices. Please refer to Annex A for the artwork of the posters and banners for the SRSM campaign. In addition, this will be the first time that such banners will be displayed in residential estates within Bukit Timah to raise road safety awareness.

Road Safety Campaigns RoadSense Carnival On 6 July 2019, Traffic Police organised the RoadSense Carnival at the Ngee Ann City Civic Plaza. The inaugural RoadSense Carnival was graced by Mr Amrin Amin, Senior Parliamentary Secretary for Ministry of Home Affairs & Ministry of Health. The event’s theme was ‘Take the Road to Responsibility’, and this event was organised to educate road users in Singapore about the importance of graciousness to create a more pleasant road user experience for all Singaporeans. Traffic Police And Motorist Announce Strategic Partnership To Foster Safer Roads In Singapore SINGAPORE, 8th June 2020 – Motorist, Singapore’s leading automotive platform, today announced a strategic partnership with the Traffic Police to cultivate a safer driving culture in Singapore. The partnership will see the Traffic Police tap on Motorist’s mobile app as they look to encourage safer driving by discouraging reckless driving acts such as speeding. Together, they have developed a new audio integration feature called Co-Driver, which is set to be launched today. This feature, found exclusively in the Motorist App, will incorporate data from the Traffic Police on the locations of speed and red-light cameras. By simply activating Co-Driver on the Motorist App, drivers will receive real time audio alerts on these cameras, as well as reminders to drive safer and more courteously. While there are a number of other apps that provide audio cues on red-light and traffic cameras, Co-Driver is the only one that includes red zones for Police Speed Laser Camera (PSLC).

The Study of Punishment in Psychology Punishment is a term used in operant conditioning to refer to any change that occurs after a behavior that reduces the likelihood that that behavior will occur again in the future. While positive and negative reinforcements are used to increase behaviors, punishment is focused on reducing or eliminating unwanted behaviors. Punishment is often mistakenly confused with negative reinforcement. S'PORE TRAFFIC POLICE PULLS OVER GOOD MOTORISTS & REWARD THEM WITH FREE GIFTS Do not be alarmed the next time you get pulled over by a traffic policeman – you might just get a prize for being a conscientious motorist. As part of a Traffic Police program to encourage good driving habits among drivers, the "Spot the Conscientious Motorists" initiative was started in Oct 2013. Since its inception. 391 drivers or bikers have been spotted by the traffic police for their good driving skills and courtesy to other motorists. For the seven lucky motorists who were selected on 8 January 2015 yesterday, they received S$40 worth of petrol vouchers and a soft toy. One of the good drivers Mr Lim Kam Seng said: "I was stopped by the traffic police.