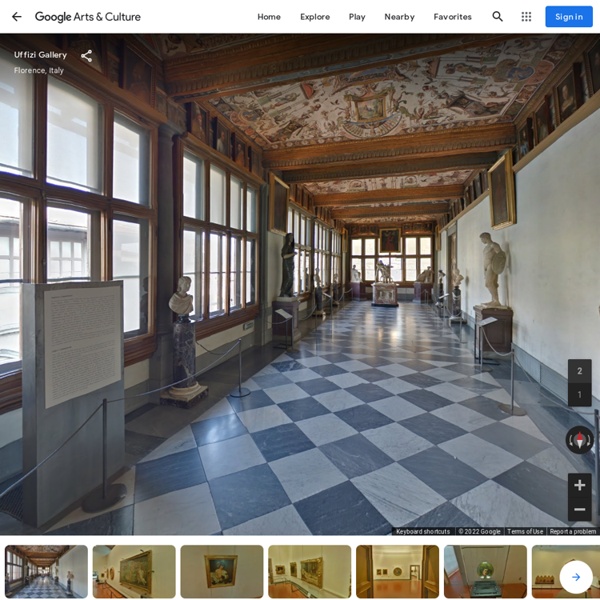 The Met 360° Project This award-winning series of six short videos invites viewers around the world to virtually visit The Met's art and architecture in a fresh, immersive way. Created using spherical 360° technology, it allows viewers to explore some of the Museum's iconic spaces as never before. Viewed more than 11 million times, this series affords an access and a perspective typically unavailable to the public. Guided Tour of The American Museum of Photography We bill ourselves as "A Museum Without Walls... For An Art Without Boundaries." Even though we have no walls, we do have "floors," separate areas for different activities. At the bottom of most pages, you'll find a navigation bar that will let you choose our Exhibitions floor, our Main Entrance floor, our Research Center or our Museum Shops.

Leopold Museum, Vienna, Autriche It took five decades to compile the collection. In 2001 it found its definite location. Together with the Republic of Austria and the Austrian National Bank, the collector Dr. Rudolf Leopold, who died in 2010 at the age of 85, consolidated his collection, which is now exhibited in a museum built by the Austrian state, into a private foundation. Museo Reina Sofia, Madrid Founded in 1990 after originally being created as an art centre, Museo Reina Sofía is among the culminating events of the Spanish transition to democracy, recovering Pablo Picasso's Guernica as well as an outstanding representation of the international avant-gardes and neo-avant-gardes. In short, the founding of this museum means the recuperation of the experience of modernity previously missing from the Spanish context and the opportunity to try out new models of narration from a periphery that is neither lateral nor derivative, but is rather an entry way for new stories, historiographic models and artistic episodes that tip the balance of the orthodox canon of the main museums. The institution no longer considers its task to be simply the transmission of culture. Instead, it works with other agents and institutions, creating networks and alliances that strengthen the public sphere and position Museo Reina Sofía as a reference of prime importance in the geopolitical South.

Des musiques à écouter Ramin Karimloo heightens each sensation with this spellbinding version of the Music of The Night live from the Royal Albert Hall accompanied by Sierra Boggess! From Phantom of The Opera at the Royal Albert Hall (2011): In celebration of the 25th Anniversary of Andrew Lloyd Webber's The Phantom of the Opera, Cameron Mackintosh produced a unique, spectacular staging of the musical on a scale which had never been seen before. Inspired by the original staging by Hal Prince and Gillian Lynne, this lavish, fully-staged production set in the sumptuous Victorian splendour of London's legendary Royal Albert Hall features a cast and orchestra of over 200, plus some very special guest appearances. Donate to these worthwhile arts causes:

Borderless Bacteria / Colonialist Cash – Ken Rinaldo Scientists have identified up to 3000 types of bacteria on dollar bills from just one Manhattan bank. Most of the bacteria found were skin, mouth and vagina microbes according to a study conducted by the New York University Center for Genomics & Systems Biology. Bacterial cultures, fungi, and viruses finding transport on monetary exchange systems do not respect or understand borders.