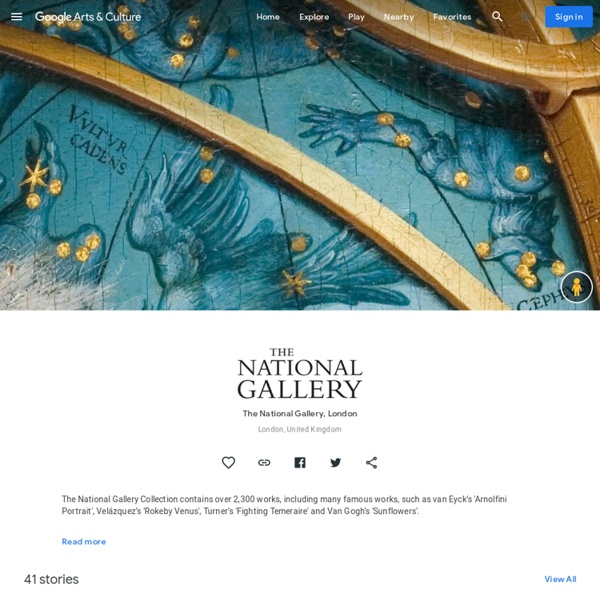 Guided Tour of The American Museum of Photography. Le site est en anglais, mais les photographies sont comprises dans toutes les langues que vous parlez : vous pouvez retrouver toute l’histoire américaine de la photographie, en cliquant sur les différents We bill ourselves as "A Museum Without Walls... For An Art Without Boundaries." Even though we have no walls, we do have "floors," separate areas for different activities. Museo Reina Sofia, Madrid Founded in 1990 after originally being created as an art centre, Museo Reina Sofía is among the culminating events of the Spanish transition to democracy, recovering Pablo Picasso's Guernica as well as an outstanding representation of the international avant-gardes and neo-avant-gardes. In short, the founding of this museum means the recuperation of the experience of modernity previously missing from the Spanish context and the opportunity to try out new models of narration from a periphery that is neither lateral nor derivative, but is rather an entry way for new stories, historiographic models and artistic episodes that tip the balance of the orthodox canon of the main museums. The institution no longer considers its task to be simply the transmission of culture.

Alte Nationalgalerie, Berlin The Alte Nationalgalerie is the original home of the Nationalgalerie, whose collections today are divided between the Neue Nationalgalerie, the Hamburger Bahnhof – Museum für Gegenwart – Berlin, the Friedrichswerdersche Kirche, Museum Berggruen and the Sammlung Scharf-Gerstenberg. The idea of establishing a cultural and educational centre across from the Berlin Palace dates back to the time of Friedrich Wilhelm IV, who dreamt of creating a "sanctuary for art and science" on the site. The basic architectural concept for the Alte Nationalgalerie – a temple-like building raised on a plinth decorated with motifs from antiquity – came from the king himself. The building was designed by Friedrich August Stüler, a student of Schinkel who also designed the Neues Museum.

Web-série Nous les Arbres Less known to the public eye than its neighbor the Amazon, the Paraguayan Gran Chaco forest has the highest deforestation rate in the world. Every day more than 1.000 hectares of dry forest are cut down for meat production. The indigenous communities who call it their home now live within close proximity of the small towns that have sprung up there. Men from these indigenous communities are generally employed as agricultural workers by large landowners. These communities are home to outstanding artists, discovered by the anthropologists Verena and Ursula Regehr, who supported and promoted them with local exhibitions. Galerie des Offices, Florence The Uffizi was designed by Giorgio Vasari in 1560 for Cosimo I de'Medici to house the Granducal Magistratures of Tuscany. Over time, the top floor loggia became an exhibition of the dynastic collection of ancient sculpture, artwork and artifacts. The eastern wing of the building incorporated the ancient Florentine church of San Pier Scheraggio and the wing to the west connected with two existing buildings, the Mint and the Loggia dei Lanzi.

The Met 360° Project, New-York This award-winning series of six short videos invites viewers around the world to virtually visit The Met's art and architecture in a fresh, immersive way. Created using spherical 360° technology, it allows viewers to explore some of the Museum's iconic spaces as never before. Viewed more than 11 million times, this series affords an access and a perspective typically unavailable to the public. Viewers can experience the magic of standing in an empty gallery after-hours, witnessing a bustling space in time-lapse, or floating high above The Met Cloisters for a bird's-eye view. We strung cables, removed protective covers from works of art, and rigged cameras up high, all to allow viewers to explore The Met as never before. Get a behind-the-scenes look at how we created the videos in a Digital Underground article written by Director/Producer Nina Diamond.