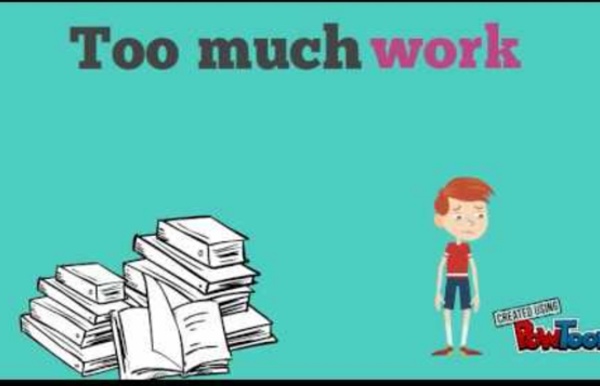 Related:  Young Teenagers and Stress • Stress in Young Teens • Managing Adolescents Stress • What is stress and how to cope effectively with stress? (Guide for teenagers)

Teens and Stress: Practical Coping Skills We all experience stress at some point in our lives. No matter your age, gender, ethnicity, or cultural background, stress can cause you to feel over-emotional or lead to health difficulties. According to the National Institute of Mental Health (NIMH), stress is the brain's response to any demand. Stress may result from a number of life situations that becoming overwhelming. article continues after advertisement Suicides in Singapore up 10% last year, record high among boys SINGAPORE: The number of suicides in Singapore rose 10 per cent last year, with suicides among boys aged 10 to 19 at a record high, the Samaritans of Singapore (SOS) said on Monday (Jul 29). There were 397 reported suicides in 2018, compared with 361 the year before. This raised the suicide rate to 8.36 deaths per 100,000 Singapore residents, up from 7.74 in 2017.

Quiz: How Emotionally Healthy Are You? Should you need urgent health advice please contact your GP or call NHS 111. In an emergency please visit A&E or call 999 Select your location for up-to-date news and information in your local area My Area Quiz: How Emotionally Healthy Are You? Take our quiz to see if you're a wellbeing expert. Number of male teenage suicides hits record high, Singapore News SINGAPORE - The number of teenage boys taking their own lives reached a record high last year. Nineteen boys aged 10 to 19 committed suicide in 2018, the highest since suicide figures began being recorded in 1991. In 2017, there were seven suicides by teenage boys. The total number of suicides also rose last year, with 397 reported – up from 361 in 2017, but still fewer than the 429 in 2016.

Eating Disorders and Stress Stress affects everyone on a daily basis. Individuals get stressed from a multitude of normal factors such as relationships, school, or work. However, for individuals suffering from an eating disorder, environmental and social factors may heighten stress levels and cause destructive mental and behavioral patterns. It is imperative that these individuals understand their stressful moments and replace poor eating habits with a constructive outlet that elicits the relaxation response. Why stress causes people to overeat There is much truth behind the phrase "stress eating." Stress, the hormones it unleashes, and the effects of high-fat, sugary "comfort foods" push people toward overeating. Researchers have linked weight gain to stress, and according to an American Psychological Association survey, about one-fourth of Americans rate their stress level as 8 or more on a 10-point scale. In the short term, stress can shut down appetite. The nervous system sends messages to the adrenal glands atop the kidneys to pump out the hormone epinephrine (also known as adrenaline).

Youth suicide: Asian teens crack under growing family pressure SINGAPORE -- Every year, clinical psychologist Carol Balhetchet sees numerous patients in their teens or early 20s come through her Singapore office. Many suffer from depression, anorexia and other conditions; some have attempted suicide before consulting her. Balhetchet's more than 20 years of experience have taught her that most cases stem from stress, and she thinks this factor is even more acute for today's young generations than it was in the past. Teenage Stress Teens are under more stress today than ever before. Sound like an exaggeration? Despite the fact that I am often prone to hyperbole, consider this: being a teenager is not easy. Adolescence has always been a tricky developmental period defined by fundamental yet somewhat difficult changes (physical, cognitive, and social) experienced by teens as they make their way from childhood toward adulthood. These transitions trigger changes in the way the teen sees him/herself, and the way that others see and treat him or her. They are no longer children, but not yet adults, and this series of transitions not only has an impact on the individual experiencing the transitions, but also on parents, peers, and society as a whole.

Stress May Trigger Mental Illness and Depression In Teens - Depression Center - EverydayHealth.com Your teenage years should be among the best times of your life. But the truth is that severe depression in teens is common. Up to 30 percent of adolescents have at least one episode of it, and 50 to 75 percent of adolescents with anxiety, impulse control, and hyperactivity disorders develop them during the teenage years. The effect on troubled teens is far-reaching. Stress Management While it may seem like there’s nothing you can do about stress at work and home, there are steps you can take to relieve the pressure and regain control. Why is it so important to manage stress? If you’re living with high levels of stress, you’re putting your entire well-being at risk.

This video teaches teenagers how to cope with stressors in their daily life. Teenagers should refer to this video to understand how to deal with stress and how should they react in stressful situations. by ashxhui Mar 22

Related:
Related:  Young Teenagers and Stress   -  Stress in Young Teens   -  Managing Adolescents Stress   -  What is stress and how to cope effectively with stress? (Guide for teenagers)