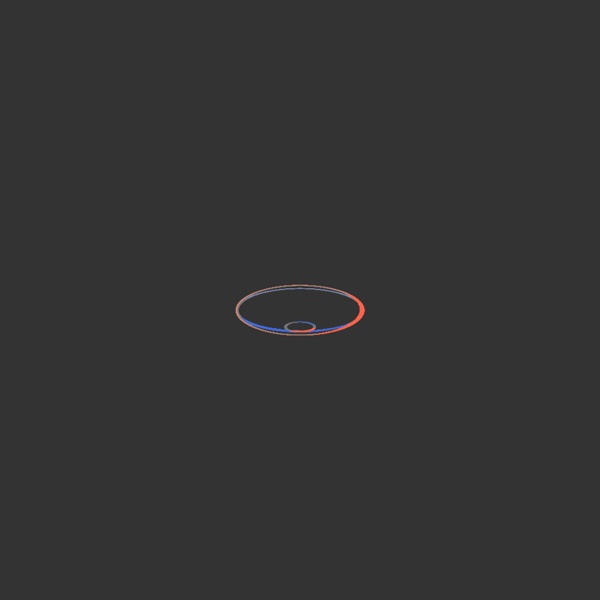 The Large Hadron Collider (LHC) is the world’s largest and most powerful particle accelerator. It first started up on 10 September 2008, and remains the latest addition to CERN’s accelerator complex. The LHC consists of a 27-kilometre ring of superconducting magnets with a number of accelerating structures to boost the energy of the particles along the way. Inside the accelerator, two high-energy particle beams travel at close to the speed of light before they are made to collide. Thousands of magnets of different varieties and sizes are used to direct the beams around the accelerator. All the controls for the accelerator, its services and technical infrastructure are housed under one roof at the CERN Control Centre. Related:  Space

Site du GEIPAN - Groupe d'Information et d'Etudes sur les Phénomènes Aérospatiaux Non Identifiés The Elegant Universe The Elegant Universe: Part 3 PBS Airdate: November 4, 2003 NARRATOR: Now, on NOVA, take a thrill ride into a world stranger than science fiction, where you play the game by breaking some rules, where a new view of the universe pushes you beyond the limits of your wildest imagination. This is the world of "string theory," a way of describing every force and all matter from an atom to earth, to the end of the galaxies—from the birth of time to its final tick, in a single theory, a "Theory of Everything." Our guide to this brave new world is Brian Greene, the bestselling author and physicist. BRIAN GREENE (Columbia University): And no matter how many times I come here, I never seem to get used to it. NARRATOR: Can he help us solve the greatest puzzle of modern physics—that our understanding of the universe is based on two sets of laws that don't agree? NARRATOR: Resolving that contradiction eluded even Einstein, who made it his final quest. S. BRIAN GREENE:The atmosphere was electric. S. S.

World Magnetic Model Calculator Use the tool below to compute values for the geomagnetic field and secular variation for a given set of coordinates and date. This calculator uses the World Magnetic Model as released in Dec 2019. Choose the geodetic latitude and longitude either by entering the coordinates into the form below (decimal degrees may be entered into the 'degrees' field, and degrees S or W should be entered with a negative sign), or by simply clicking the location on the map. The altitude and date may be set using the appropriate form fields. Clicking on the 'Show result on map' button will display the values for the chosen coordinates in a pop-up window. As this is based on a web service you can also obtain results in XML format using an HTTP GET request Please note that for Internet Explorer 10 and earlier there may be occasional erratic behaviour from the clickable map and the pop-up window.

Institute - SETI Institute Homepage David Black Selected as President and CEO at SETI Institute The SETI Institute has announced the selection of Dr. David Black as its new President and Chief Executive Officer. Black, who is President and CEO Emeritus of the Universities Space Research Association and Visiting Scientist at the Lunar and Planetary Institute, is a widely recognized researcher in the fields of star and planet formation, and the search for exoplanets. Read More Boulder Clustering on Martian Polygonal Patterned Ground Travis Orloff (UC Santa Cruz) proposes a new mechanism for boulder clustering unique to Mars and uses observations of boulder clustering around impact features to place constraints on the timescale of boulder clustering. Read More Big Picture Science Radio Show - Since Sliced Bread Happy Birthday, World Wide Web! The 25-year-old Web, along with the Internet and the personal computer are among mankind’s greatest inventions.

Large Hadron Collider The Large Hadron Collider (LHC) is the world's largest and most powerful particle collider, most complex experimental facility ever built, and the largest single machine in the world.[1] It was built by the European Organization for Nuclear Research (CERN) between 1998 and 2008 in collaboration with over 10,000 scientists and engineers from over 100 countries, as well as hundreds of universities and laboratories.[2] It lies in a tunnel 27 kilometres (17 mi) in circumference, as deep as 175 metres (574 ft) beneath the France–Switzerland border near Geneva, Switzerland. Its first research run took place from March 2010 to early 2013 at an energy of 3.5 to 4 teraelectronvolts (TeV) per beam (7 to 8 TeV total), about 4 times the previous world record for a collider,[3][4] Afterwards, the accelerator was upgraded for two years. It was restarted in early 2015 for its second research run, reaching 6.5 TeV per beam (13 TeV total, the current world record).[5][6][7][8] Background[edit] Cost[edit]

SETI@home Stellarium Brian Greene Early life[edit] Greene was born in New York City. His father, Alan Greene, was a one-time vaudeville performer and high school dropout who later worked as a voice coach and composer. He stated in an interview with Lawrence Krauss that he is of Jewish heritage. After attending Stuyvesant High School,[2] Greene entered Harvard in 1980 to concentrate in physics. Career[edit] Greene joined the physics faculty of Cornell University in 1990, and was appointed to a full professorship in 1995. Research[edit] In the field, Greene is best known for his contribution to the understanding of the different shapes the curled-up dimensions of string theory can take. World Science Festival[edit] In 2008, together with Tracy Day (former ABC News producer), Greene co-founded the World Science Festival, whose mission is to cultivate a general public informed by science, inspired by its wonder, convinced of its value, and prepared to engage with its implications for the future. Communicating science[edit]

Online Model of Solar System 国家航天局 · English 首 页 机构介绍 动态信息 政策公告 国际合作 航天工程 访谈直播 热点问题 航天知识 图 库 航天人物 机构职能 国际合作协调委员会 直属单位 Brian Greene: A Physicist Explains 'The Hidden Reality' Of Parallel Universes hide captionThe supermassive black hole at the center of our galaxy. Smithsonian Institute/via Flickr The supermassive black hole at the center of our galaxy. Our universe might be really, really big — but finite. Both cases, says physicist Brian Greene, are possibilities, but if the latter is true, so is another posit: There are only so many ways matter can arrange itself within that infinite universe. Does that sound confusing? Think of the universe like a deck of cards. "Now, if you shuffle that deck, there's just so many orderings that can happen," Greene says. Greene, the author of The Elegant Universe and The Fabric of the Cosmos, tackles the existence of multiple universes in his latest book, The Hidden Reality: Parallel Universes and the Deep Laws of the Cosmos. Recent discoveries in physics and astronomy, he says, point to the idea that our universe may be one of many universes populating a grander multiverse. Random House How Quantum Mechanics And General Relativity Play A Part