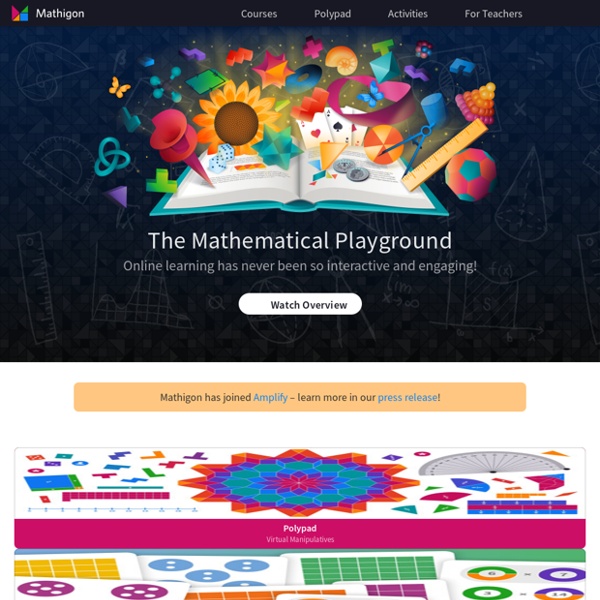 Puppy Chase Puppy Chase is a multiplayer math game that allows students from anywhere in the world to race against each other while practicing decimal conversion! Content: Fraction to decimal conversion Standards: 4.NF.C.6: Use decimal notation for fractions Quadratic Factorisation: The Complete Guide When it comes to quadratic polynomials — which seem to come in all shapes and forms — most of us have spent at least a semester just learning about how to maneuver around them. Indeed, when we look at a standard math curriculum on quadratic expressions, we would find topics such as square of a sum, square of a difference, completing the square, direct factoring, grouping, difference of squares. AC method (if you’re lucky) and quadratic formula — among others. In what follows though, we will — in addition to putting some of the aforementioned techniques into good use — develop a general technique for factorising any kind of quadratic polynomials. And yes — the same technique would apply to those with complex numbers as coefficients too! Review — Basic Factoring Techniques

Introducing Number Bonds in 5 Easy Steps - Roots and Wings Number bonds can be a bit intimidating, so before you jump in, let children spend some time getting to know the graphic and its function. Here are the 5 concrete steps I use to “cement” children’s understanding of number bonds. Step 1: Explore Part and Whole ‎Math Duel - Two Player Split Screen Mathematical Game for Kids and Adults Training - Addition, Subtraction, Multiplication and Division! on the App Store Math Duel is a split screen mathematics game that pits two players against each other on the same device! Change settings for each player to level the playing field. New single player mode is great for fun math practice!

Teaching Math Through Major League Baseball — Mashup Math Isn't this fun? Lets keep going. To find Harper’s slugging percentage (SLG), you will have to first calculate his total bases (TB). To find TB, you will need to know the total number of singles, doubles, triples, and home runs he has hit. Math Play: How Young Children Approach Math Four-year-old Nita is playing with four dolls that came from a set of six. Passing by, her teacher inquires, "Where are the others?" Her teacher overhears Nita say, "Ummm...[pointing to each doll] I'm calling you 'one.'

5 Books for Math Teachers that will Change your Teaching - RETHINK Math Teacher Teachers are always looking to improve their craft, and there are a ton of resources out there. But finding the time to weed through them all, so that you know which ones will be the most benefit for you can be time consuming. So I have this list of 5 books for math teachers that will guide you through actionable steps to help improve your math teaching.

Equation Strips In Ontario our grade 7 students are introduced to solving simple equations in the form ax + b = c where the values of a, b and c are whole numbers. We think it's a good idea for them to start by having some sort of visual representation of each equation. In this activity, students are given 16 cards that correspond to 16 equations represented as strips (the top and bottom of the strips represent the left and right sides of the equations). Students solve for x given the strips and then rewrite the algebraic form equation.