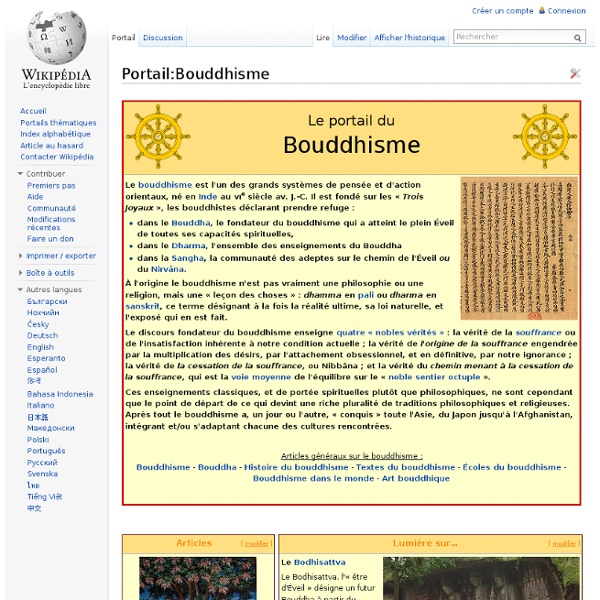 The Sangha Kommune. | An Exploration of Marxist-Leninism, Buddhism, Hakka Ethnography, and Philosophy that Strives to Expose and Uproot Bourgeois Lies & Deception… The Two Truths of Buddhism and The Emptiness of Emptiness | Emptiness Teachings There are two truths in Buddhism, conventional and ultimate truth. This penetrating insight dates back to the original Buddha. Understanding the two truths and the relationship between them is vital in seeing through the illusion of inherent existence and realizing emptiness or Śūnyatā.~ Nagarjuna’s philosophy of the Middle Way or Mahyamaka school of Buddhism shows how the two truths are different and yet despite this difference are critically the same. An understanding of this paradox is a journey of remarkable insight and clarity. Nagarjuna’s doctrine of the emptiness of emptiness is imperative on this account.~The references used for this article focused on the brilliant works of Jay Garfield, Professor of Philosophy, Buddhist scholar and translator. ~ Conventional truth involves our everyday experience and understanding of the way the phenomenal world appears and functions. ~“Whatever is dependently co-arisen That is explained to be emptiness. Nagarjuna

ILTK | Istituto Lama Tzong Khapa | Sito Ufficiale Istituto Lama Tzong Khapa Thinking – Secret Oral Teaching in Tibetan Buddhist Sects | The Tree of Life Following Alexandra David Neel in Tibetan Oral Teachings the Tibetan Masters defined three main groups of people from their thinking capabilities: “In general,” continued the Master, “we distinguish three kinds of individuals: those whose intelligence is completely dull : those whose intelligence is of average quality, able to understand some Truths which are specially evident; those endowed with an intelligence better equipped for acute perceptions, who are fit to penetrate below the surface of the world of physical phenomena and grasp the causes which are at work there.’ The last group is not bound by opinions, their mind is free to work with ideas presented to them: “It is enough to direct the attention to these last, to say to them: ‘Look from this point of view, consider that’ and they perceive what is to be perceived there where they have been told to look; they understand what is really the thing which one has pointed out to them. This is the illusion we live in. Like this:

Chinese Buddhist Encyclopedia Two people from Buddhism & Australia, Vello Vaartnou and Marju Broder represented Australia at the UC Berkeley PNC conference that was held on 16-18 August, 2016 in Los Angeles. The PNC was founded at the University of California, Berkeley and it encourages scholars, academic institutions, and universities to collaborate and exchange their academic resources and research expertise. It is really wonderful, that Western Australia which is usually known for the mining boom, was represented by two people who deal with the academic aspect of Buddhism on international level. Until today, Western Australian universities do not have Buddhist studies at all. Prof. Already in 2012, Vello Vaartnou represented Australia at the UC Berkeley and introduced his century project, an online Chinese Buddhist Encyclopedia to the international audience. Two research papers on Buddhist history was presented at the PNC 2016 in Los Angeles this year.

Dharma Wheel - A Buddhist discussion forum on Mahayana and Vajrayana Buddhism Buddhism's Diamond Sutra: The Extraordinary Discovery Of The World's Oldest Book Ask people to name the world’s oldest printed book and the common reply is Gutenberg’s Bible. Few venture that the answer is a revered Buddhist text called the Diamond Sutra, printed in 868 A.D. Or that by the time Gutenberg got ink on his fingers nearly 600 years later — and his revolutionary technology helped usher in the Enlightenment — this copy of the Diamond Sutra had been hidden for several centuries in a sacred cave on the edge of the Gobi Desert and would remain there for several more. Its discovery is the result of a series of accidents and its significance realized belatedly. The book unwittingly came to light when a Chinese monk clearing sand from a Buddhist meditation cave in 1900 noticed a crack in a wall. It suggested the outline of a doorway. The monk, Abbot Wang Yuanlu, broke in and discovered a small chamber, about nine feet square and full from floor to ceiling with scrolls. Unable to interest authorities in his find, Abbot Wang was ordered to seal the chamber.

Bob Thurman | Darwin, Marx, Freud & Buddha – Ep 56 In this podcast Professor Thurman discusses how the ideas of Darwin, Marx and Freud, although brilliant, are based on a rather despondent bottom line assessment: that we as humans are a bunch of helpless robots. But is it true that we can never understand our unconscious? Are we helpless victims of our genes? Professor Thurman then engages his listeners into an interesting discussion of whether there is evidence or lack thereof for former and future lives. This episode was recorded on February 26, 2015 at the “Living the Evolutionary Life” workshop at Kripalu Center for Yoga and Health, taught by Robert Thurman. Podcast: Download | Embed

On Tulpas, Tulpamancers and Alexandra David-Néel Yesterday, Chris Bell’s Facebook feed alerted me to an article by Vice, describing the phenomena of ‘tulpas’ and the ‘tulpamancers’ who create and nurture them. For those of you who may not be familiar (as I was not), tulpas are beings created in the imagination of the tulpamaner, but which acquire their own sentience. According to Vice, tulpamancers spend some 200 to 500 hours in intense focus ‘forcing’ their tulpas to appear. Once that happens, though, tulpamancers are convinced that their creations have independent mental lives of their own. They can hold conversations with their host, dictate letters and even fall in love. Really, there’s too much to describe. I’m going to refrain from commenting on wether this is weird or not (Vice certainly thinks it is). Needless to say, I have never heard of anything like this from any Tibetan. So what to make of all of this? Like this: Like Loading...

Buddhist Economics: How to Start Prioritizing People Over Products and Creativity Over Consumption By Maria Popova Much has been said about the difference between money and wealth and how we, as individuals, can make more of the latter, but the divergence between the two is arguably even more important the larger scale of nations and the global economy. What does it really mean to create wealth for people — for humanity — as opposed to money for governments and corporations? That’s precisely what the influential German-born British economist, statistician, Rhodes Scholar, and economic theorist E. F. Schumacher explores in his seminal 1973 book Small Is Beautiful: Economics as if People Mattered (public library) — a magnificent collection of essays at the intersection of economics, ethics, and environmental awareness, which earned Schumacher the prestigious Prix Européen de l’Essai Charles Veillon award and was deemed by The Times Literary Supplement one of the 100 most important books published since WWII. Schumacher contrasts this with the Buddhist perspective: Thanks, Jocelyn

The Seventeen Pandits of Nalanda Monastery by James Blumenthal James Blumenthal Philosophy Department Oregon State University Nalanda Monastastic University was the greatest center of Buddhist learning in India’s glorious past. With upwards of 30,000 monks and nuns including 2,000 teachers living, studying and practicing there during its heyday, Nalanda was unmatched. Established during the Gupta Dynasty in the late 5th to early 6th century C.E. under the patronage of the Gupta king Shakraditra, the institution survived for six hundred years, through the Pala Dynasty, until ultimately being destroyed in 1203 by Turkish Muslim invaders. In 1204 the last throne-holder (abbot) of Nalanda, Shakyashribhadra, fled to Tibet. In the intervening centuries, however, many of India’s greatest Buddhist masters trained and taught at Nalanda. Nalanda’s renown as a center for higher learning spread far. Thangka image depicting Shakaymuni Buddha and 17 Nalanda Pandits. Nagarjuna (c. 2nd century C.E.). So who were they? Buddhapalita (470–550 C.E.). Notes

Science and Buddhism Agree: There is No 'You' There by Lori Chandler Evan Thompson of the University of British Columbia has verified the Buddhist belief of anatta, or not-self. Neuroscience has been interested in Buddhism since the late 1980s, when the Mind and Life Institute was created by HH Dalai Lama and a team of scientists. The science that came out of those first studies gave validation to what monks have known for years — if you train your mind, you can change your brain. As neuroscience has begun studying the mind, they have looked to those who have mastered the mind. While Buddha didn’t teach anatta to lay people, thinking it might be too confusing, the concept is centered on the idea that there is no consistent self. [W]hen there is no consistent self, it means that we don’t have to take everything so personally. It is useful to look at a video of yourself from the past, or read something you wrote years ago. Buddhist teacher Kadam Morten Clausen says Buddhism is a science of the mind: Dr.

Trailblazing Physicist David Bohm and Buddhist Monk Matthieu Ricard on How We Shape What We Call Reality We never see the world exactly as it is — our entire experience of it is filtered through the screen of our longings and our fears, onto which project the interpretation we call reality. The nature of that flickering projection has captivated the human imagination at least since Plato’s famous Allegory of the Cave. Philip K. That’s what molecular biologist turned Buddhist monk Matthieu Ricard and Buddhist-raised astrophysicist Trinh Thuan explore in The Quantum and the Lotus: A Journey to the Frontiers Where Science and Buddhism Meet (public library) — an infinitely mind-bending conversation at the intersection of science and philosophy. In considering the constructed nature of reality, Ricard quotes from a 1977 Berkeley lecture by David Bohm (December 20, 1917–October 27, 1992), in which the trailblazing theoretical physicist offered an exquisite formulation of the interplay between our beliefs and what we experience as reality: Reality is what we take to be true. Ricard adds: