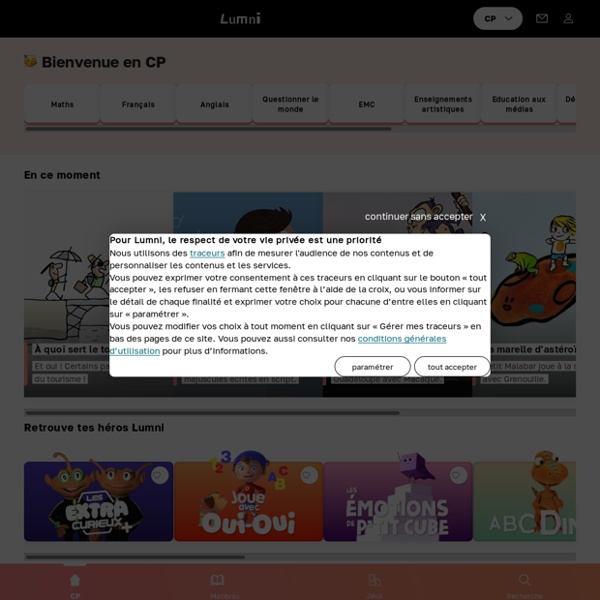 Frama.link Beaucoup de spammeurs utilisent ce service pour cacher des URLs malveillantes. Nous nous voyons dans l’obligation de couper l’accès à l’API, désolés. A lot of spammers use this service to hide malicious URL. We are forced to cut off access to the API, sorry. Getting Started Frama.link is a free (as in free speech) simple online URL shortener. The World Speaks French Video Series Welcome to YouTube! The location filter shows you popular videos from the selected country or region on lists like Most Viewed and in search results.To change your location filter, please use the links in the footer at the bottom of the page. Click "OK" to accept this setting, or click "Cancel" to set your location filter to "Worldwide".

‎PhotoSpeak: 3D Talking Photo dans l’App Store PhotoSpeak™ can transform any portrait photo into a moving 3D avatar that repeats your every word. You can make anyone come alive, just like the talking wall portraits in Harry Potter’s Hogwarts castle. *** How to use the app *** - Take a portrait photo or pick one from your photo library, and the face will automatically start moving in 3D.

New Self-Cloning Lizard Found in Vietnam Restaurant {*style:<b>You could call it the surprise du jour: A popular food on Vietnamese menus has turned out to be a lizard previously unknown to science, scientists say. </b>*} What's more, the newfound is no run-of-the-mill reptile —the all-female species reproduces via cloning, without the need for male lizards. Single-gender lizards aren't that much of an oddity: About one percent of lizards can reproduce by parthenogenesis, meaning the females spontaneously ovulate and clone themselves to produce offspring with the same genetic blueprint. (Related: "Virgin Birth Expected at Christmas—By Komodo Dragon." ) "The Vietnamese have been eating these for time on end," said herpetologist L.

Cockos Incorporated LICEcapsimple animated screen captures LICEcap can capture an area of your desktop and save it directly to .GIF (for viewing in web browsers, etc) or .LCF (see below). LICEcap is an intuitive but flexible application (for Windows and now OSX), that is designed to be lightweight and function with high performance. Époustoufranc - Film & Youtube channels You can organize your video favorites and Facebook Youtube likes. Subscribe to my Channel: scoolmme22 and see my Pearltree for films and clips Among others that I like to use with students, for which there are often kit pédagogiques and items on the internet easily converted to cloze summaries, matching exercises, question sheets, synopsis picto-games, etc. , are: