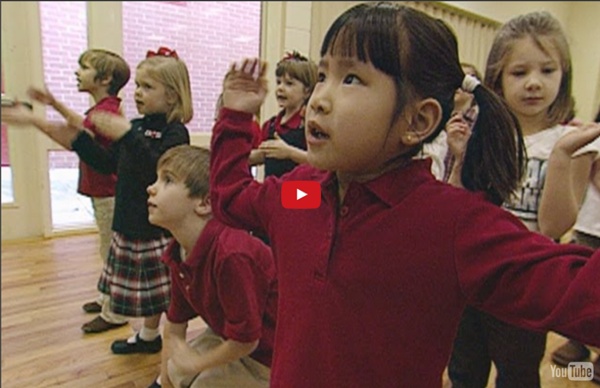 Schools Embrace the Diversity of Student Skills Editor's Note (2013): There is no scientific evidence, as of yet, that shows that people have specific, fixed learning styles or discrete intelligences, nor that students benefit when teachers target instruction to a specific learning style or intelligence. However, providing students with multiple ways to learn content has been shown to improve student learning (Hattie, 2011). Read more about the research on multiple intelligences and learning styles. This article accompanies the feature "An Educator's Journey Toward Multiple Intelligences." These schools are putting multiple-intelligences theory into practice: San Jose Elementary School This K-5 magnet school in Jacksonville, Florida, uses what staffers refer to as the "eight kinds of smart" in all its practices. For a history project, students strong in logical-mathematical ability might create time-sequence charts. Key Elementary School This Indianapolis school nurtures and develops each student's unique intelligence profile every day.

Great Performances . Educational Resources . Howard Gardner's Multiple Intelligences Theory . Overview Dr. Howard Gardner, a psychologist and professor of neuroscience from Harvard University, developed the theory of Multiple Intelligences (MI) in 1983. The theory challenged traditional beliefs in the fields of education and cognitive science. Unlike the established understanding of intelligence -- people are born with a uniform cognitive capacity that can be easily measured by short-answer tests -- MI reconsiders our educational practice of the last century and provides an alternative. According to Howard Gardner, human beings have nine different kinds of intelligence that reflect different ways of interacting with the world. For Gardner, intelligence is: the ability to create an effective product or offer a service that is valued in a culture; a set of skills that make it possible for a person to solve problems in life; the potential for finding or creating solutions for problems, which involves gathering new knowledge. 1.

The Big Religion Chart This "Big Religion Chart" is our attempt to summarize the major religions and belief systems of the world - Buddhism, Christianity, Hinduism, Islam, Judaism, and dozens more - into a quick-reference comparison chart. Oversimplication is unavoidable in charts like these, and it is not intended to be a substitute for advanced religious study and exploration, but simply a fast overview. It is our hope that this chart becomes a useful tool for you to compare basic religious beliefs and practices of the world's religions and belief systems. Over 40 religions and belief systems are currently listed. If a group does not appear, it doesn't mean it's not a religion or doesn't matter; the chart is not comprehensive and will continue to grow. See also our list of religions and definitions of religion. On a mobile device? For sources, please see linked articles. Article Info Share This Page

What Is Your Learning Style? What Is Your Learning Style? This quiz asks 24 questions and will take less than five minutes to complete. Try not to think too hard -- just go with your first thought when describing your daily activities and interests. By the end, you may have some new insights into your learning preferences. Editor's Note (2013): There is no scientific evidence, as of yet, that shows that people have specific, fixed learning styles or discrete intelligences, nor that students benefit when teachers target instruction to a specific learning style or intelligence. However, providing students with multiple ways to learn content has been shown to improve student learning (Hattie, 2011). Multiple Intelligences Schools In 1983, Howard Gardner published Frames of Mind: The Theory of Multiple Intelligences. This book challenged the traditional psychological view of intelligence as a single capacity that drives logical and mathematical thought. Instead, it proposed that all individuals possess seven independent intelligences. These, in combination, enable people to solve problems or fashion products with varying levels of skill. These "intelligences" are: linguistic and logical-mathematical (the styles of thinking measured most often on psychological tests), musical, spatial, bodily-kinesthetic (including large and small motor skills), interpersonal (an area of strength for teachers, social workers, and politicians), and intrapersonal (self-knowledge). Although based upon investigations in biology and psychology and intended for psychologists, multiple intelligences (MI) theory has had a wide audience among educators. The initial findings suggest that MI helps schools in several ways. Gardner, H. (1983).

The Commencement Address That Won't Be Given) Members of the Class of 2012, As a former secretary of labor and current professor, I feel I owe it to you to tell you the truth about the pieces of parchment you’re picking up today. You’re f*cked. Well, not exactly. First, you’re going to have a hell of a hard time finding a job. That’s been the pattern over the last three graduating classes: It’s been taking them more than a year to land the first job. Contrast this with the class of 2008, whose members were lucky enough to get out of here and into the job market before the Great Recession really hit. You’re still better off than your friends who didn’t graduate. But even when you get a job, it’s likely to pay peanuts. Last year’s young college graduates lucky enough to land jobs had an average hourly wage of only $16.81, according to a new study by the Economic Policy Institute. Presumably this means that when we come out of the gravitational pull of the recession your wages will improve. Don’t get me wrong. But this can’t go on.

This Haunting Story of a Teen Fighting for His Life After a Car Crash Will Make You Wish He Never Wrote That Last Text A 16-year-old is fighting for his life after sustaining serious injuries in a car accident that one witness says may have been caused by texting. James Boatright from Des Moines, Iowa, was found unconscious on Monday in a blue Chevy Cavalier that had been T-boned by a pick-up truck. According to police reports, James pulled right into oncoming traffic, likely because he was texting and driving. Advertisement - Continue Reading Below Sergeant Dan Charleston of the Polk County Sheriff's Office was off-duty when he pulled up to the scene. "I got out and could see that he was trapped in there on the drivers side of the vehicle and there was a lot of smoke inside which is consistent with the airbag deployment," he told WHO TV. What Sergeant Charleston found on James' lap was chilling: a cell phone with a half-written text. "When I'm working on him inside the car what appeared to be his mom screaming over my shoulder, concerned with her son," he said. James is currently in critical condition.

The ROI on That Sheepskin Colleges are a bit like funeral homes. Talking about getting your money’s worth strikes some as a little crass. But overcharging people is crass, too. College demands an increasingly big chunk of change, and the returns aren’t necessarily there. Writing recently in The Wall Street Journal, Jack Hough lined up a number of experts to dispute a claim by President Obama that college is a great investment. Hough pointed out that “tuition and fees have increased 184% in 20 years after accounting for inflation, but wages for college grads have risen just 9%, according to Labor Department data.” “Mr. Peter Drucker thought about education all his life. “The educator usually distrusts economic discussion of education,” Drucker noted. But Drucker countered that this was not an excuse to stop thinking in terms of return on investment. What do think: Has a college education ceased to provide a reasonable return on investment?

This Teen Glanced At Her Phone For Just A Second And Her Life Changed Forever | The Huffington Post Journal of Educational Controversy - Article: Developing Dispositions for Ambitious Teaching Developing Dispositions for Ambitious Teaching David Carroll Western Washington University Critics of teacher education in recent years have argued that attempts to assess dispositions for teaching amount to a process of political indoctrination, claiming that teacher candidates are often expected to endorse ideas like “white privilege” and “social justice” as a kind of political litmus test for entering the teaching profession. In some circumstances, teacher education programs have avoided this kind of controversy by limiting their attention to dispositions such as honesty, integrity, and professional interactions. Educational philosopher, Margret Buchmann, argues that becoming a teacher involves a professional role orientation that takes precedence over personal beliefs and preferences (Buchmann, 1993, p. 147). Role orientation is also the underpinning of professional practice. What Are Dispositions For Teaching? How Do Dispositions Play a Role in Learning to Teach?

jerome bruner and the process of education contents: introduction · jerome s. bruner – his life · the process of education · the culture of education · conclusion · further reading and references · links It is surely the case that schooling is only one small part of how a culture inducts the young into its canonical ways. Indeed, schooling may even be at odds with a culture’s other ways of inducting the young into the requirements of communal living…. What has become increasingly clear… is that education is not just about conventional school matters like curriculum or standards or testing. Jerome S. Jerome S. Bruner was born in New York City and later educated at Duke University and Harvard (from which he was awarded a PhD in 1947). Beginning in the 1940s, Jerome Bruner, along with Leo Postman, worked on the ways in which needs, motivations, and expectations (or ‘mental sets’) influence perception. Jerome S. What is uniquely human about human beings? In the 1960s Jerome Bruner developed a theory of cognitive growth. Conclusion

Teenage drink driver Joseph Salah-Eldin killed friend in Norfolk crash as he played with his stereo Joseph Salah-Eldin, 19, lost control of car as he fixed the sound systemVehicle then careered off the road and overturned in a field Crash killed David Powell, 20, instantly and injured two other passengersSalah-Eldin was almost twice the drink-drive limit at time of crashHas been jailed for three years four months and banned from driving By Daily Mail Reporter Published: 09:36 GMT, 23 April 2013 | Updated: 08:11 GMT, 24 April 2013 A teenager has been jailed for just three years after killing his friend in a horrific crash after crashing into a field where he rolled his car after driving at speeds of up to 101mph. David Powell, 20, was killed when Joseph Salah-Eldin, 19, drove his Vauxhall Corsa near Kings Lynn in Norfolk last September. A court heard Salah-Eldin, who had only been driving for a couple of months, was almost twice the drink drive limit and was changing the radio when his car careered off the road and overturned. Yesterday, Salah-Eldin was jailed for three years four months.