US or something Photobombing

Photoshop Troll Who Takes Photo Requests Too Literally Strikes Again, And The Result Is Hilarious (17 New Pics) Look, how many times have we told you to be careful what you wish for? 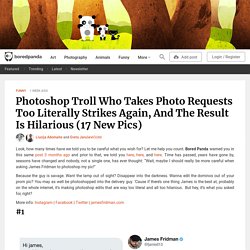 Let me help you count. Bored Panda warned you in this same post 3 months ago and prior to that, we told you here, here, and here. Time has passed, years have gone by, seasons have changed and nobody, not a single one, has ever thought: “Wait, maybe I should really be more careful when asking James Fridman to photoshop my pic!” Because the guy is savage. 'Fiji Water girl' suing company following Golden Globes hostess gig. 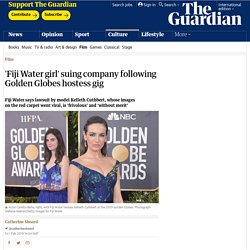 Ignore Sandra Oh. The real breakout star of this year’s Golden Globe awards was – without question – the Fiji Water girl, the hostess who stole attention from A-listers in a series of red carpet snaps. Since then, bottle profferer Kelleth Cuthbert has picked up work promoting dog food in similar style and a waitressing cameo on daytime soap The Bold and the Beautiful. However, relations between Cuthbert and the company which propelled her to fame have become strained, and the former is now suing the latter for “the unauthorized use of [her] photograph, likeness and identity”, according to court documents obtained by E! News. Cuthbert claims Fiji Water used her image as the key part of a global marketing campaign following the Globes, but that she did not “sign away her rights to ‘Fiji Water Girl’” as the brand allegedly attempted to get her to agree to. 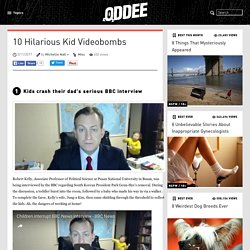 12 Hilarious News Videobombs. The San Antonio Spurs that sneaked up on an Australian reporter Julian de Stoop was not pleased as two obnoxious men barged into his shot while he was reporting on the Australian Football League for Fox Sports Australia. 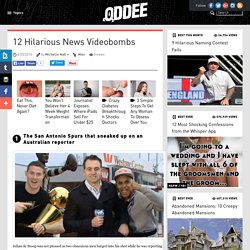 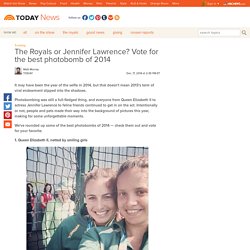 Photobombing was still a full-fledged thing, and everyone from Queen Elizabeth II to actress Jennifer Lawrence to feline friends continued to get in on the act. John Is A Devil Worshipper, Apparently. 19 People Who Just Don’t Care Anymore. 21 Panoramic Photos That Went Horribly Wrong. The iPhone 5 has a panoramic feature that allows you to take long photographs. 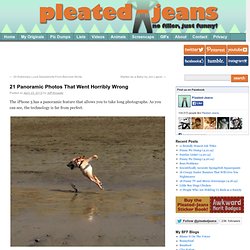 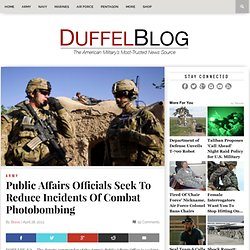 “Our job is to get out there and capture real-world moments in combat, so that we can really tell the story of the Army to the public,” said Col. James Hutton, U.S. Army deputy chief of public affairs. “Our combat cameramen and women are some of the hardest working soldiers in today’s Army. Antique Victorian Photobomb. He's Coming For You Tiger. Babby's First Photobomb. This Is Photobomb - Surprise! Ruined Photos - photobomb that guy.

It Sure Is a New Look. Say Cheese, Muffin. 12 of the Best Animal Photobombs. This was one of many photos off the coast of Koh Tao in Thailand, near Koh Phangan, where Nick Kelly - the photographer - trained. 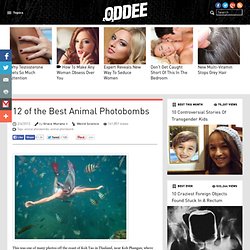 I'm Here to Ruin Your Night. Eyes Offa THESE Buns, Mr. IRVINE! Just Another Club Photobomb... Insert Sarah Jessica Parker Joke Here. Girl Ruins Photos With Hilarious Photobombs (15 Pics. 25 Awesome Baby Photobombs (PICTURES) Photobomb.net — Photobombing - the fine art of spoiling a photograph by jumping in on the action! This Birthday Party Is Dumb. Where Are My Presents? Parent of the Year Award Goes To... Bomb ALL the Hipsters. RUN! No Title Needed.