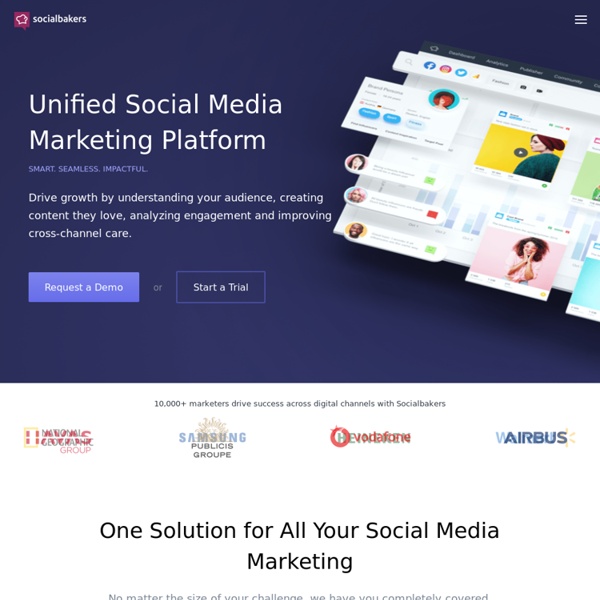 Social Media Time Management: Selecting Tools This post is the third in a multi-part series on Social Media Time Management, intended to supplement the content of the presentation I gave at BlogWorld Expo 2009. Click here to see the collection of posts in the series. Facebook FBStalker tool uses Graph Search for powerful OSINT analysis Facebook, and more in general social networks, is a platform that if not properly managed could harm user’s privacy, the fact that also friends’ social behavior could have a dangerous impact on our digital experience is very concerning. Recently at the Hack In The Box conference in Kuala Lumpur, security experts Jonathan Werrett and Keith Lee from SpiderLabs demonstrated how to conduct a powerful OSINT analysis using a simple tool they created, anyone using it could find a comprehensive amount of data on any user of the popular social network. The tool for information gathering on Facebook created by the researchers is named FBStalker, a name that give us the idea of the potential of the instrument.

3+ Ways to Customise Your Facebook Profile Picture That said, there are several apps popping up that have taken the hard work out of it. The only difficulty you’ll find yourself faced with is trying to choose the profile picture you’re going to use. From branded Facebook apps that take care of the entire method step by step, to separate webapps that create the images for you to later upload to Facebook, there are a variety of ways that you can recreate the effect on your own profile.

6 Tips for Running Promotions Within Facebook’s Guidelines Promotions are an increasingly popular way for marketers to reach Facebook’s 400 million monthly active users. After all, if you see an item in your news feed about a friend getting a free burger, or entering to win an Xbox, you’re quite likely to check out how you can get the same thing. But promotions are legally regulated through the United States and the rest of the world, prompted by countless fake giveaways, confusing prize terms, etc. For this reason, Facebook takes a number of precautions to protect users and itself from bad characters.

Introducing the USB Stick of Death (Bug found by Gynvael Coldwind, exploit developed by Mateusz “j00ru” Jurczyk) Several months back we have been playing with different file systems on various system platforms, examining the security posture and robustness of numerous device drivers’ implementations. One of the configurations we spent some time on was the commonly used NTFS on Microsoft Windows – as the file system is rather complex and still largely unexplored, we could expect its device driver to have some bugs to that would be easily uncovered. In addition, it was certainly tempting to be able to simply insert a USB stick, have it automatically mounted by the operating system and immediately compromise it by triggering a vulnerability in ntfs.sys. We had some promising results during the process, one being an interesting bug (though not quite dangerous) that we managed to analyze and exploit into a local elevation of privileges. To add some more context, the Windows 7 64-bit ERESOURCE structure is defined as follows:

An Integrated Social CRM Process If there is a characteristic that makes the current conversation on Social CRM so interesting and challenging, it is probably its intrinsic nature inherently disrespectful of departments, business functions, inside-outside boundaries, separate processes. Even only to imagine an organization that is able to generate business value strategically and operationally putting the customer at the center probably requires smoother operations and more transparent, more integrated, more coordinated actions from all the constituent parts. As if you suddenly pass by a group of soloists in separate rooms to an entire orchestra that plays in equilibrium but around the notes of a new musician that nobody knows. Why so giving yourself so much trouble? Network Intelligence Gathering This article is all about different information-gathering techniques on the network. It is the most essential and important task of attackers. Knowing the opponents and their interests can be valuable. Here I am going to show you which are the different ways and techniques one can do the network information/intelligence gathering.

7+ Major Tips in Enhancing Your Upgraded Facebook Page Three days ago, facebook announced an exciting news about Page Upgrade! Some of the most desired features are finally included such as page notification, ability to comment as the page profile and many more! I can’t wait to share with you what I love about the new facebook page: #1 Latest Photos Arrangement to Grab Attention Clearly, the new profile launch was preparing us for this evolutionary change for facebook pages.

10 Tips for Posting on Your Brand's Facebook Page Ekaterina Walter is a social media strategist at Intel. She is a part of Intel’s Social Media Center of Excellence and is responsible for company-wide social media enablement and corporate social networking strategy. Once your brand is on Facebook, the question becomes: How you engage those fans and sustain a meaningful online dialogue with your customers. Facebook fans will only want to engage with us if we serve up relevant content and truly participate. Top Agile Tools – Best Kanban Tools Kanban is growing like wildfire. Many organizations are finding value in this simple process via a “pull” system: The production of work is determined by the demand from the customer. You have a choice: 1.