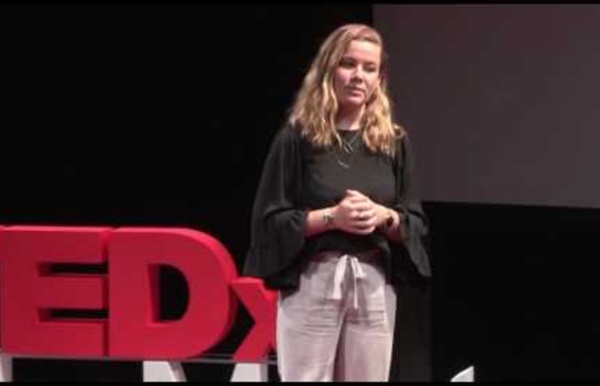 Why Being an Authoritative Parent Is the Best Approach What kind of parent are you? Which would you say best describes your parenting style—someone who is demanding and controlling; someone who is warm and responsive; or someone who indulges their kids and rarely disciplines? As in the case of Goldilocks and the Three Bears, one of these approaches is clearly better than the others. The Four Types of Parenting Styles In the 1960s, psychologist Diana Baumrind wrote a groundbreaking paper based upon her research in which she detailed three types of parenting styles she observed: authoritarian, permissive, and authoritative parenting. Authoritarian Parenting

History of Ice Cream The origins of ice cream can be traced back to at least the 4th century BCE. Early references include the Roman emperor Nero (37-68 CE) who ordered ice to be brought from the mountains and combined with fruit toppings, and King Tang (618-97 CE) of Shang, China who had a method of creating ice and milk concoctions. Ice cream was likely brought from China back to Europe. Over time, recipes for ices, sherbets, and milk ices evolved and served in the fashionable Italian and French royal courts. After the dessert was imported to the United States, it was served by several famous Americans. Is This Typical Teenage Behavior or a Warning Sign of Mental Illness? Some rebellious, irritable, or anxious behavior is a normal and healthy part of being a teenager. However, when shifts in a teenager’s personality are more extreme, they may be indicators of a mental health issue. Concerning behaviors can sometimes be prevented when parents talk to teens frequently and have an open dialogue with them that’s supportive.Experts say even if parents aren’t sure whether or not a change in their teen’s behavior is something they should be worried about, it doesn’t hurt to check with a therapist, their child’s pediatrician, or a school counselor.

Why Parenting Styles Matter When Raising Children Developmental psychologists have long been interested in how parents affect child development. However, finding actual cause-and-effect links between specific actions of parents and later behavior of children is very difficult. Some children raised in dramatically different environments can later grow up to have remarkably similar personalities. MURAKAMI vs MURAKAMI Presented by Astrup Fearnley Museet, Oslo Tai Kwun Contemporary is proud to announce MURAKAMI vs MURAKAMI, a major survey exhibition of the Japanese artist Takashi Murakami (b. 1962, Tokyo, Japan), which opens from 1 June to 1 September 2019. The exhibition will explore the multifaceted universe of the cultural phenomenon of this Japanese super-star artist. Taking over all art galleries at Tai Kwun, this comprehensive survey will feature over 60 paintings and sculptures in a stunning, immersive setting that showcases the intriguing paradoxes embodied in the diverse work and life of Takashi Murakami. One of the most influential artists in the world, Takashi Murakami has the ability to amaze as well as to confound, with a particular but subtle critique of contemporary culture. He also has an uncanny knack for reaching out far beyond the realm of contemporary art to a broader mainstream audience.

Using Positive Reinforcement to Improve Behavior When your child misbehaves, rewards might be the last thing on your mind. But, positive reinforcement can be one of the most effective behavior modification techniques.1 You can use positive reinforcement to encourage prosocial behaviors, like sharing or following directions. And, you can use it to prevent misbehavior, like hitting and rule violations. Positive reinforcement can also be an effective way to encourage and motivate your child to be responsible, do their chores, get along with their siblings, or complete their homework assignments without arguing. How Positive Reinforcement Works 5 Ways Millennials Are Changing Parenting Forever Millennial parents, the cohort born between 1980 and 2000 of which there are an estimated 22 million of in the U.S., are astutely tailoring their parenting style to the needs of their family while challenging traditional societal norms. Shaped by an era dominated by post 9/11 security concerns, international conflicts, and a massive global recession, millennials have channelled a climate of uncertainty into a commitment to providing their kids with the best possible childhood. Here are five ways millennial parents are changing parenthood forever. In just the past five years, the international successes of Amy Chua’s Tiger Mother and Paula Druckerman’s Bringing Up Bébé starkly highlight differences in parenting approaches. While Druckerman is quick to assert that America has a ‘parenting problem’ in comparison to its French counterparts, Chua ultimately concludes that the goal of raising ‘happy, strong, and self-reliant’ children is achievable through many parenting methods.

Keshe Foundation - keshe.foundation The Keshe Foundation is an independent, non-profit and non-religious organization founded by nuclear engineer Mehran Tavakoli Keshe that aims to develop new scientific knowledge, new technologies and new solutions to major global problems like famine, water shortage, lack of electrical power supply, climate change and disease through the use of specially developed plasma reactors which will also give humanity the ability to travel in deep space. Become a creator and understand the work of the Universe for the good of humankind on this planet, as well as in space! The use of MaGravs, Nanomaterials, GANS, Liquid Plasma, Field Plasma and other Plasma technologies has come as a new dawn for humanity to progress and work in harmony with the Universe. Conventional technology applications are wasteful, damaging and cause pollution to the planet and all living beings.

Authoritarian parenting: What happens to the kids? Photo by CEphoto, Uwe Aranas © 2010-2017 Gwen Dewar, Ph.D., all rights reserved The authoritarian parenting style is about being strict and stern. It insists on unquestioning obedience, and enforces good behavior through threats, shaming, and other punishments. As defined by psychologists, it's also a style associated with less parental warmth and responsiveness (Baumrind 1991). Schizophrenic or shamanic experience? – Everything Matters: Beyond Meds I really enjoyed listening to this video of Terrence McKenna speaking about returning to the authentic experience of the body. I recommend you listen to the audio and skip the video.