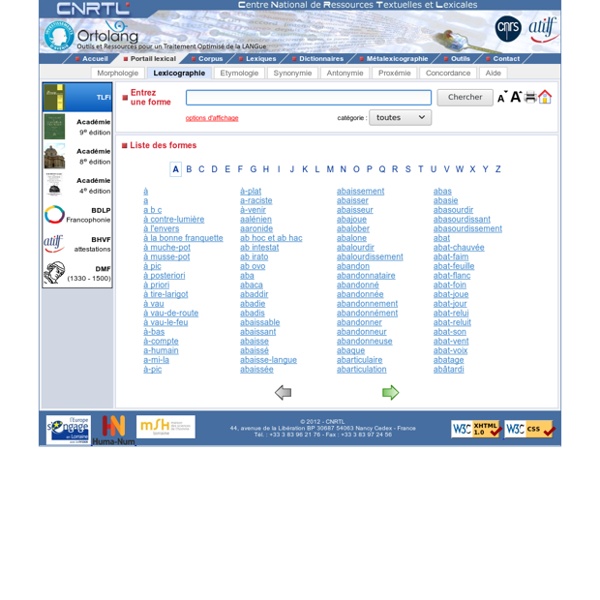 The Funny Episode : French humor and everyday jokes Bonjour ! French people love “humor” so much, they make it look like “love”. Comedy takes many forms, including these common jokes and wordplay. Some of them are universal, others are specific to the French language, all are well known to all French people… and some are actually even funny ! Prepare the rimshots and let’s dive in !

storyboards What is a storyboard? Once a concept or script is written for a film or animation, the next step is to make a storyboard. A storyboard visually tells the story of an animation panel by panel, kind of like a comic book. Your storyboard will should convey some of the following information: What charaters are in the frame, and how are they moving? What are the characters saying to each other, if anything?

TPEN Version 2.0 A New Tool for the Digital Humanities T‑PEN is a web-based tool for working with images of manuscripts. Users attach transcription data (new or uploaded) to the actual lines of the original manuscript in a simple, flexible interface. How to write a speech for any occasion There’s nothing worse than staring at a blank screen and wondering how you’ll begin to write a speech. Oh wait, there is something worse: Staring at a blank screen and wondering how to start your speech—while your deadline is hanging over your head. Add some pressure to a confused mind and a dreaded task and, well, you’re likely to throw something together, throw up your hands, or throw in the towel.

Avoir l'esprit de l'escalier - French Idiom Usage notes: The French expression avoir l’esprit de l’escalier refers to an inability to think of a witty comeback (or any sort of intelligent response) until it’s too late to be of any use. Esprit means wit, and escalier, or staircase, symbolizes your departure from the gathering where the response was needed. But you can also use this expression while still at a party; for example, if you come up with a response only after the topic has changed and it’s too late for you to make your oh-so-brilliant comment without looking foolish.

Eisenstein's montage theory Montage--juxtaposing images by editing--is unique to film (and now video). During the 1920s, the pioneering Russian film directors and theorists Sergei Eisenstein and Dziga Vertov demonstrated the technical, aesthetic, and ideological potentials of montage. The 'new media' theorist Lev Manovich has pointed out how much these experiments of the 1920s underlie the aesthetics of contemporary video. Eisenstein believed that film montage could create ideas or have an impact beyond the individual images. Two or more images edited together create a "tertium quid" (third thing) that makes the whole greater than the sum of its individual parts. Eisenstein's greatest demonstration of the power of montage comes in the "Odessa Steps" sequence of his 1925 film Battleship Potemkin.

How to Think Like a Computer Scientist — How to Think like a Computer Scientist: Interactive Edition This interactive book is a product of the Runestone Interactive Project at Luther College, led by Brad Miller and David Ranum. There have been many contributors to the project. Our thanks especially to the following: This book is based on the Original work by: Jeffrey Elkner, Allen B. Downey, and Chris MeyersActivecode based on SkulptCodelens based on Online Python TutorMany contributions from the CSLearning4U research group at Georgia Tech.ACM-SIGCSE for the special projects grant that funded our student Isaac Dontje Lindell for the summer of 2013.NSF

How to Say "How Are You" in French Like a Local You walk to your friend, ask him “comment allez-vous ?” (how are you) and expect a passionate answer about what’s he’s been up to lately. Instead, your friend simply answers “good, and you?”. What did you do wrong?

Crochet a Gorgeous Mandala Floor Rug In this tutorial we’ll be making a beautiful crochet rug, made from T-shirt yarn. The pattern uses US terms and stitches include slip stitch (sl st); double crochet (dc); chain (ch); increase (inc) and a magic ring. T-shirt yarn (also called Zpagetti) in two colours that complement each other. You'll need about threes cones of yarn in total.A crochet hook in a size suitable for t-shirt yarn. I'm using a 15mm hook.A large darning needle for sewing in the ends.A pair of scissors. How it works- See all your accounts in one place It's Free! Get started here See all your accounts in one place.

French idioms Definition from Wiktionary, the free dictionary List of idioms in the French language: A[edit] B[edit] colonizing virtual reality Chris Chesher Introduction New technologies do not appear from nowhere as a mystical spark of inspiration from the mind of one individual. Nor are they inevitably accepted for their self-evident benefits. A technology emerges through a process involving broader cultural, linguistic, institutional and technological contexts. One clear illustration of this process can be drawn with the appearance of "virtual reality" in 1989, and the subsequent popularization of the idea through the media. PHOTOS > COLLECTIONS > CHRISTOPH WILKINSON chris wilkinson wrote: "In the summer of 1976 Dilgo Khyentse Rinpoche was invited, along with his entourage, by Jigdal Sakya Dagchen Rinpoche to Seattle, Washington State, in the USA. Most of the pictures in this collection come from that time." "The significant moments of that visit included teachings at Sakya Tegchen Choling, a Dharma Center that started out in a converted garage in the Capitol Hill area of Seattle. There was a teaching on the Preliminaries to Tantric Practice and a Teaching on the Powa Transference of Consciousness." "At the home of Dagchen Rinpoche there was a Hevajra Empowerment. There were times when people were taking it easy.