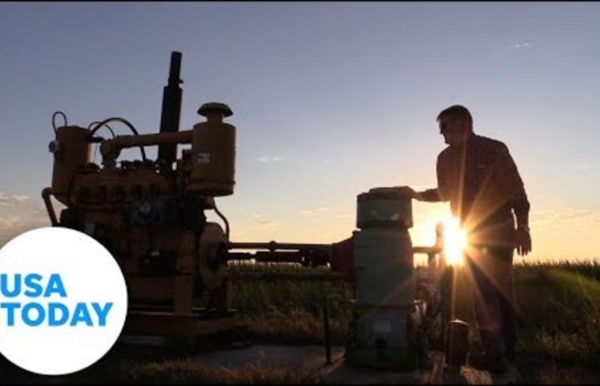 The Best Emergency Preparedness Supplies for 2019: Reviews by Wirecutter The key tools to have on hand for an emergency—everything from an atlas to good duct tape—are also key tools to have on hand for life in general. A common theme that we noticed in this category is that while a great tool can be a genuine joy to use and serve you well for years (if not decades), cheap imitators will waste both your money and your time. Go for the good stuff. Muslims lived in America before Protestantism even existed The first words to pass between Europeans and Americans (one-sided and confusing as they must have been) were in the sacred language of Islam. Christopher Columbus had hoped to sail to Asia and had prepared to communicate at its great courts in one of the major languages of Eurasian commerce. So when Columbus’s interpreter, a Spanish Jew, spoke to the Taíno of Hispaniola, he did so in Arabic. Not just the language of Islam, but the religion itself likely arrived in America in 1492, more than 20 years before Martin Luther nailed his theses to the door, igniting the Protestant reformation.

Killing off animals and plants now threatens humanity itself, UN experts to warn in urgent call for action The future of humanity is under threat from the widespread destruction of the Earth’s plants and animals by people, leading scientists will warn in a dramatic report. Loss of biodiversity threatens the human race just as much as climate change, the experts believe, with up to a million species facing extinction in the world’s sixth mass die-off. The UN’s global assessment on the state of nature – published on Monday, and the most comprehensive of its kind – is expected to say that without urgent action, the wellbeing of current and future generations of people will be at risk as life-support systems providing food, pollination and clean water collapse. We’ll tell you what’s true. You can form your own view.

A Danish word the world needs to combat stress: Pyt Danes are some of the happiest people in the world, and they also happen to have a lot of cool words for ways to be happy. You may have heard about “hygge,” which has been the subject of countless books, articles and commercials. Often mistranslated to mean “cozy,” it really describes the process of creating intimacy. But another word “pyt” – which sort of sounds like “pid” – was recently voted the most popular word by Danes, beating out “dvæle” (to linger) and “krænkelsesparat” (ready to take offense).

The Greek Island That Became an Open-Air Prison for Refugees Samos, Greece When Leila, an elegant Afghan woman of 34, goes to bed, she squashes up beside her husband on the narrow bottom mattress of a bunk, while her teenage daughter and 11-year-old son share the bed above. Eighteen inches away, another family is crushed together on another bunk, and down the row stretch 20 more.

World Water Atlas Water represents society’s most challenging and complex risk. Too much, too little, and too dirty water combine in potentially disastrous ways with climate change and socio-economic development. The High Level Panel on Water (HLPW) Action Plan points out that we need to understand the risks and link them to potential solutions to inspire action. In the summer of 2016, Prime Minister Rutte of The Kingdom of The Netherlands, when meeting with the Sherpas of the UN and World Bank’s HLPW, confirmed the urgency and need for action to better understand and address these complex risks, when he said: The World Water Atlas is directed by the HLPW Action Plan, presented on September 21st, 2016. This Ad Was Rejected By The Oscars For Being “Too Graphic”, But It Shows The Reality Of A New Mom As Hollywood’s A-list celebrities were walking down the red carpet at this year’s Academy Awards, a new Frida Mom postpartum ad was causing controversy for not being accepted to the party. ABC refused to show the commercial during their three-hour broadcast of the Oscars, saying it was “too graphic”. The clip shows a new mom during the first days after giving birth, facing the effects it has had on her body. There’s the postpartum belly, the mesh underwear she received at the hospital, her problematic journey to the bathroom, and the pad she must wear as her body continues to bleed.

US cities are losing 36 million trees a year. Here's why it matters and how you can stop it But tree cover in US cities is shrinking. A study published last year by the US Forest Service found that we lost 36 million trees annually from urban and rural communities over a five-year period. That's a 1% drop from 2009 to 2014. If we continue on this path, "cities will become warmer, more polluted and generally more unhealthy for inhabitants," said David Nowak, a senior US Forest Service scientist and co-author of the study.

Urgency for vaccine grows as virus ravages China's pigs BEIJING (AP) — Scientists are working to develop a vaccine to help guard the world’s pork supply as a deadly virus ravages Asia’s pig herds. Farmers have long contained its spread by quarantining and killing infected animals, but the disease’s devastating march into East Asia is intensifying the search for another solution. The virus hadn’t been considered as high a priority for researchers until it turned up last year in China, home to half the world’s pig population, likely by way of Eastern Europe and Russia.