Menopause Transition and Cardiovascular Disease Risk: Implications for Timing of Early Prevention: A Scientific Statement From the American Heart Association 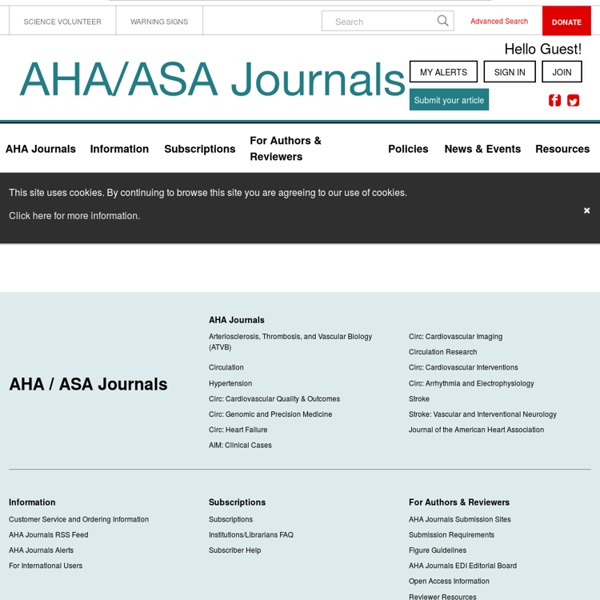 Obesity is associated with early hip fracture risk in postmenopausal women: a 25-year follow-up The study population consisted of the ongoing Kuopio Osteoporosis Risk Factor and Prevention (OSTPRE) study cohort. This population-based long-term follow-up study includes all the 14,220 Caucasian women born between 1932 and 1941 who lived in the Kuopio Province, Eastern Finland in April 1989. A postal questionnaire was mailed to 14,120 of these women at baseline in 1989 with 13,100 (92.8%) responding. The follow-up questionnaires were mailed at 5-year intervals (1994, 1999, 2004, 2009, and 2014) to women who responded to the baseline enquiry and were alive at the time. The response rate varied between 93% and 80% throughout the study. The OSTPRE study was approved by the Kuopio University Hospital Ethics Committee on 28 October 1986 and is performed in accordance with the ethical standards of the Declaration of Helsinki.

What causes heart disease part 56 – a new paper 23rd September 2018 As you may know I am a member of an organisation known as The International Network of Cholesterol Sceptics (THINCS). When I say this, people always laugh. I suppose it is better than people shouting and screaming and slapping you repeatedly. The man who set it up was Uffe Ravnskov – our glorious leader. Screening for High Blood Pressure in Children and Adolescents: US Preventive Services Task Force Recommendation Statement Importance Prevalence of hypertension (both primary and secondary) in children and adolescents in the US ranges from 3% to 4%. Primary hypertension in children and adolescents occurs primarily in children older than 13 years and has no known cause but is associated with several risk factors, including family history and higher body mass index. Secondary hypertension occurs primarily in younger children and is most commonly caused by genetic disorders, renal disease, endocrine disorders, or cardiovascular abnormalities.

Radiology Reference Article The technique of magnetic resonance spectroscopy (usually shortened to MR spectroscopy or MRS) allows tissue to be interrogated for the presence and concentration of various metabolites. Grossman and Yousem said "If you need this to help you, go back to page 1; everything except Canavan (disease) has low NAA, high choline" 1. This is perhaps a little harsh, however, it is fair to say that MRS often does not add a great deal to an overall MR study but does increase specificity, and may help in improving our ability to predict histological grade. The basic principle that enables MR spectroscopy (MRS) is that the distribution of electrons within an atom cause nuclei in different molecules to experience a slightly different magnetic field. This results in slightly different resonant frequencies, which in turn return a slightly different signal.

Diagnosing inborn errors of lipid metabolism with proton nuclear magnetic resonance spectroscopy. - Free Online Library Proton nuclear magnetic resonance ([sup.1]H-NMR) [3] spectroscopy is a versatile technique that can be used in a wide range of disciplines. The best known medical applications are in vivo magnetic resonance imaging and spectroscopy, but in vitro [sup.1]H-NMR spectroscopy of body fluids has also been used to diagnose inborn errors of metabolism (1-3). In contrast to conventional techniques, NMR can detect the majority of all proton-containing metabolites in a single experiment lasting -15 min. Furthermore, it is a nondestructive method and requires little or no sample preparation.

Pharmacological Management of Osteoporosis in Postmenopausal Women: An Endocrine Society* Clinical Practice Guideline Skip to Main Content Sign In Register Close Advanced Search Online ISSN 1945-7197 Print ISSN 0021-972X Copyright © 2019 Endocrine Society Inflammatory Bowel Disease May Raise Likelihood of Heart Attack Increasingly, research has shown that inflammation within the body as a whole may elevate the risk for heart disease. A new study supports this premise, finding that individuals with the two main types of inflammatory bowel disease (IBD) — Crohn’s disease or ulcertative colitis — have significantly greater odds of having a heart attack compared with those without an IBD. Crohn’s and colitis are both recurring inflammatory conditions; Crohn’s can affect any part of the gastrointestinal tract while ulcerative colitis is limited to the colon, or large intestine.