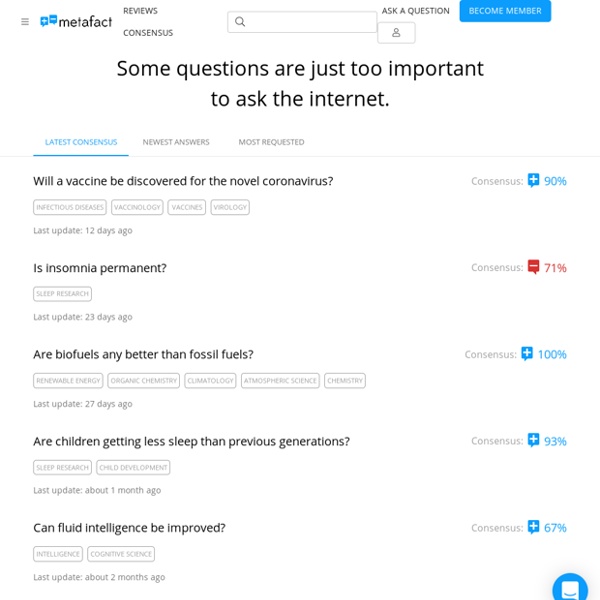 Drop Bear The Drop Bear, Thylarctos plummetus, is a large, arboreal, predatory marsupial related to the Koala. Drop Bear distribution map Photographer: © Australian Museum Standard Common Name Protect Yourself from Fake News - Fact v. Fiction - Fake News - Academic Guid... Here are some steps you can take to become a critical news consumer: Determine what type of article you are reading Is it an editorial or opinion piece?

How to Spot Fake News Fake news is nothing new. But bogus stories can reach more people more quickly via social media than what good old-fashioned viral emails could accomplish in years past. Concern about the phenomenon led Facebook and Google to announce that they’ll crack down on fake news sites, restricting their ability to garner ad revenue. Perhaps that could dissipate the amount of malarkey online, though news consumers themselves are the best defense against the spread of misinformation. Not all of the misinformation being passed along online is complete fiction, though some of it is.

The Book Chook: Help Kids Detect Fake News by Susan Stephenson, www.thebookchook.com “Fake news” is a term that has exploded in popularity recently. It is often used to describe articles and memes that have been deliberately fabricated to manipulate opinion or misinform. Many educators prefer to concentrate on developing critical media literacy skills in students rather than buying into a debate over whether news is fake or not. However, I want the title of my article today to reflect what people may use in a Search. Librarians and teacher librarians are experts in helping kids detect and avoid fakery so be sure to ask them for help.

How to Make a Vision Board: 12 Steps (with Pictures) This article was co-authored by our trained team of editors and researchers who validated it for accuracy and comprehensiveness. Together, they cited information from 8 references. wikiHow's Content Management Team carefully monitors the work from our editorial staff to ensure that each article meets our high standards. Categories: Collages In other languages: How to identify fake news The illustration above, which shows reporters carrying various forms of fake news, was published way back in 1894 by pioneering cartoonist Frederick Burr Opper. He would have been blissfully unaware at the time of its creation, but he had just uncovered a powerful phrase that, 123 years later, would become word of the year for 2017 and which would define the credibility and legitimacy of the news, mass media and journalism throughout the 21st century. Rubber Duck Media explains below how to identify fake news and what can be done to prevent it spreading further and doing more damage. The dissemination of fabricated information designed to mislead, push a narrative or agenda, or to simply attract attention for its own sake, is not a new concept by any means.

How Photos Fuel the Spread of Fake News During a campaign stop in South Carolina last winter, Hillary Clinton stumbled as she climbed the steps of an antebellum mansion in Charleston. Aides helped her regain her balance in a vulnerable but nondescript moment captured by Getty photographer Mark Makela. He didn’t think much of it until August, when the alt-right news site Breitbart touted it as evidence of Clinton’s failing health. “It was really bizarre and dispiriting to see,” he says. Turn Students into Fact-Finding Web Detectives Fact-Checking Tips and Tools for Teachers and Students Show students where to look for credible information on the web. Explain that professional fact-checkers may already have done this important work for us.