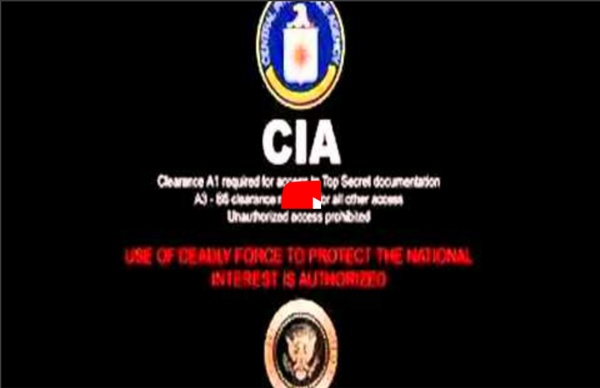 Wayseer Manifesto Former CIA director: ‘We kill people based on metadata’ Published time: May 12, 2014 18:27 Edited time: May 13, 2014 22:11 Former National Security Agency (NSA) and Central Intelligence Agency (CIA) Director Michael Hayden (Reuters/Larry Downing) At a recent debate concerning the National Security Agency’s bulk surveillance programs, former CIA and NSA director Michael Hayden admitted that metadata is used as the basis for killing people. The comments were made during a debate at Johns Hopkins University, after Georgetown University Law Center professor David Cole detailed the kind of information the government can obtain simply by collecting metadata – who you call, when you call them, how long the call lasts, and how often calls between the two parties are made. Writing in the New York Review of Books, Cole elaborated (you can also watch his explanation around the 14 minute mark of the embedded video): “Of course knowing the content of a call can be crucial to establishing a particular threat.

California Watch: Private company hoarding license-plate data on US drivers by G.W. Schulz for California Watch Capitalizing on one of the fastest-growing trends in law enforcement, a private California-based company has compiled a database bulging with more than 550 million license-plate records on both innocent and criminal drivers that can be searched by police. The technology has raised alarms among civil libertarians, who say it threatens the privacy of drivers. It's also evidence that 21st-century technology may be evolving too quickly for the courts and public opinion to keep up. A ruling in that case has yet to be handed down, but a telling exchange occurred during oral arguments. Meanwhile, police around the country have been affixing high-tech scanners to the exterior of their patrol cars, snapping a picture of every passing license plate and automatically comparing them to databases of outstanding warrants, stolen cars and wanted bank robbers. "It's no different than if you have an officer that manually enters tags," argued Capt. Lee Tien agrees. Tags:

The Astonishing Success of Fleet Farming: Breaking New Ground in the "Food Not Lawns" Movement | Wake Up World July 31st, 2017 By Carolanne Wright Contributing writer for Wake Up World If you’re anything like me, America’s obsession with ornamental lawns seems nothing short of folly at best, sheer polluting waste at worst. Many are unaware that lawns are one of the largest sources of pollution in the US, with 40 million acres under cultivation, they absorb three million tons of chemical fertilizers and 30,000 tons of pesticides, and use 800 million gallons of gasoline for mowing each year. And for what? We can complain and fume about this state of affairs — or we can do something about it. The Problem — And an Innovative Solution Did you know, here in the US, each meal travels about 1,500 miles from farm to table? What if this was taken one step further, where a bike-powered fleet is used, instead of gasoline-powered vehicles, for all transportation of produce? Farmlette to Table — A New Model of Local Organic Produce How Does it Work? Fleet Farming outlines the requirements for program participants:

Former Al-Qaeda Operative Claims Qaeda/ISIS Run By The CIA Brandon TurbevilleActivist Post More evidence has been entered into the files of public record that terrorist organizations such as al-Qaeda, ISIS, and the al-Nusra Front are completely controlled by the CIA and other Western intelligence agencies. In fact, according to Nabil Na’eem, founding member of the Islamic Democratic Jihad Party and a former commander of al-Qaeda, all current al-Qaeda affiliates are nothing more than offshoots of an overarching CIA terror operation. He also claimed that these groups will eventually be turned against Saudi Arabia, despite the fact that Saudi Arabia has acted as a bankroller and facilitator for them for years on end. Na’eem made his statements during the course of an interview with al-Maydeen , a Beirut-based news agency that serves a number of countries in the Middle East. The interview was translated by Arabi Souri of Syria News. Na’eem stated, This was recorded and sent to the public prosecutor and this is what Mohammad Morsi is being tried for.

» Cashless Society: India Implements First Biometric ID Program for all of its 1.2 Billion Residents Alex Jones Brandon Turbeville Infowars.com January 12, 2012 Over the past few months, I have written several articles dealing with the coming cashless society and the developing technological control grid. I also have written about the surge of government attempts to gain access to and force the use of biometric data for the purposes of identification, tracking, tracing, and surveillance.< Unfortunately, the reactions I receive from the general public are almost always the same. However, current events in India should serve not just as a warning, but also as a foreshadowing of the events to come in the Western world, specifically the United States. Recently, India has launched a nationwide program involving the allocation of a Unique Identification Number (UID) to every single one of its 1.2 billion residents. The project will be directed by the Unique Identification Authority of India (UIDAI) under the premise of preventing identity theft and social welfare fraud.

Why Every Parent Should Consider Unschooling | Wake Up World By Carolanne Wright Contributing Writer for Wake Up World Gillian Lynne. Gillian was fidgety. Author and educator Sir Ken Robinson tells this story in his 2006 TED talk, How schools kill creativity. “We are educating people out of their creativity,” Robinson says. An unorthodox approach to learning With programs like No Child Left Behind (millions of children have actually been left behind) and Common Core (otherwise known as Common Conformity) in the United States, parents are finding the educational climate so unacceptable that they are willing to take a radically different path. Homeschooling allows parents to hand-pick curriculum to fit their children’s learning style or religious affiliation. Unschooling is a method of homeschooling that puts the learning in the hands of the learner. “The beauty of unschooling is in the search for the answers. According to Babauta, unschooling is not: Instead, unschooling encourages: Babauta feels the benefits of unschooling are vast, including:

The significance of a forgotten CIA document: MKULTRA Jon RappoportActivist Post This June 27, 1994, document is stored at the National Security Archive at The George Washington University. It was written by a CIA advisory committee, and forwarded to the Presidential Committee on Human Radiation Experiments, which was preparing public hearings at the time. The document has many interesting implications. In this article, I want to focus on two. The first point concerns the CIA mind control program, MKULTRA. Here is a key quote: Helms was not only admitting he destroyed the records, he was stating that the MKULTRA program deployed, through contracts, “outsiders” to carry out mind control experiments. Subsequently, some of these “outsiders” have been revealed. The second point I want to cover is made clear by this quote from the 1994 CIA document: “The Church Committee [investigating the CIA] reports that one of the three principal functions of the Special Operations Division (SOD) of the U.S.

Are UN soldiers responsible for bring deadly cholera superbug to the Americas? Scientists say yes (NaturalNews) The devastating earthquake that slammed Haiti back in January 2010 obviously left the poverty-stricken country in even worse economic and infrastructural shape than it was prior to the disaster. But the arrival of United Nations (UN) peacekeepers shortly thereafter made things even worse, at least according to many scientists and experts who say that these officers brought in a deadly "superbug" strain of cholera that has already killed at least 7,000 Haitians. Prior to the arrival of UN peacekeepers in Haiti, there had never been a single known case of cholera in the country. But the strain identified in Haiti is the exact same strain that caused an outbreak in Nepal, where the UN peacekeepers had been prior to arriving in Haiti. UN officials, on the other hand, insist that it cannot be proven that its peacekeepers are responsible for the outbreak. Sources for this article include:

The Full Circle Project Human Rights Court Condemns Poland for CIA Torture Black Site Joe WrightActivist Post The CIA global torture network is coming under much-needed revived scrutiny from the latest revelation that a secret prison existed in a Polish forest for the purpose of rendition and interrogation of suspected terrorists. As the video report below highlights, the European Court of Human Rights has concluded that Poland fully cooperated with the establishment of the site and subsequently failed to investigate prisoner claims of torture while being held there. Two men at the heart of the ruling were essentially kidnapped from Thailand in 2002 and brought to the site. While the court's ruling is symbolically important, until those who orchestrated the global program of kidnapping and torture are brought to justice, this might become an ongoing piece of political theater that actually covers up more than it exposes. Transcript by Erik Shute The European Court of Human Rights ruled Poland violated an international treaty by hosting secret CIA prisons within its borders.

America, Welcome to the Fourth Reich America, Welcome to the Fourth Reich American Fascism did not start with World War II. Before Operation Paperclip, the codename under which the US intelligence and military services extricated scientists from Germany, during and after the final stages of the conflict, the annals of internal despotism were well established. The Pampas of Argentina or the backwaters of Paraguay were the preferred location for those who openly professed their reprehensible loyalty to the Führer principle. Do not be confused. This record of monocracy is one of a criminal class, as opposed to the iron fist of a single man. From the beginning of the Republic, the Federalists conspired for the illegal passage of their central government constitution in order to form a competing world empire with their British cousins. When Andrew Jackson rallied frontier populism against the establishment elites of his era, you had an opportunity to restore some of the former glory of the Revolution of 1776. Mr. Sieg heil!