How Humans Could Halt Climate Change By 2050 : Goats and Soda : NPR 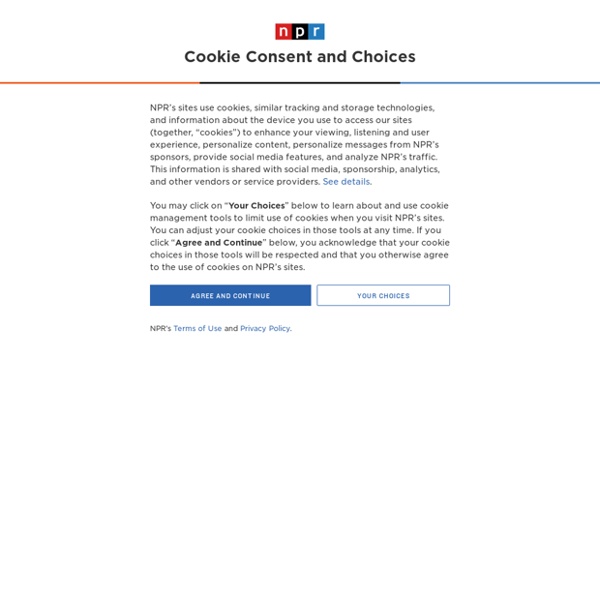 Related:  know about world • Nature/Humanity/Survival • Heal the World - or not • climat change

Climate change increases potential for conflict and violence - News Service - Iowa State University AMES, Iowa – Images of extensive flooding or fire-ravaged communities help us see how climate change is accelerating the severity of natural disasters. The devastation is obvious, but what is not as clear is the indirect effect of these disasters, or more generally of rapid climate change, on violence and aggression. That is what Craig Anderson sees. The Iowa State University Distinguished Professor of psychology and Andreas Miles-Novelo, an ISU graduate student and lead author, identified three ways climate change will increase the likelihood of violence, based on established models of aggression and violence. Their research is published in the journal Current Climate Change Reports. Anderson says the first route is the most direct: higher temperatures increase irritability and hostility, which can lead to violence.

The Prescription Drug Landscape, Explored Overview Americans spend more on prescription medications each year than the citizens of any other country. Measuring drug spending remains a challenge, however, because of limited public data on how much the various payers and supply chain intermediaries pay for prescription drugs. Several public and private organizations have recently published U.S. drug spending estimates using different methodologies. These estimates differ, but an analysis from The Pew Charitable Trusts indicates that spending on prescription drugs has increased in recent years. The federal Centers for Medicare & Medicaid Services (CMS) estimates that total retail prescription drug spending rose 26.8 percent between 2012 and 2016—a faster rate of growth than all other categories of personal health care expenditures.

CO2 levels higher than any point since the evolution of humans That was the reaction of meteorologist Eric Holthaus to news that atmospheric carbon dioxide levels have reached heights not seen in the entirety of human existence -- not history, existence. According to data from the Mauna Loa Observatory in Hawaii, the concentration of CO2 in the atmosphere is over 415 parts per million (ppm), far higher than at any point in the last 800,000 years, since before the evolution of homo sapiens. Holthaus spotted the new high on Sunday when it was tweeted out by the Scripps Institution of Oceanography, which measures daily CO2 rates at Mauna Loa along with scientists from the National Oceanic and Atmospheric Administration. Measurements have been ongoing since the program was started in 1958 by the late Charles David Keeling, for whom the Keeling Curve, a graph of increasing CO2 concentration in the atmosphere, is named.

A quantum experiment suggests there’s no such thing as objective reality Back in 1961, the Nobel Prize–winning physicist Eugene Wigner outlined a thought experiment that demonstrated one of the lesser-known paradoxes of quantum mechanics. The experiment shows how the strange nature of the universe allows two observers—say, Wigner and Wigner’s friend—to experience different realities. Since then, physicists have used the “Wigner’s Friend” thought experiment to explore the nature of measurement and to argue over whether objective facts can exist.

Plummeting insect numbers 'threaten collapse of nature' The world’s insects are hurtling down the path to extinction, threatening a “catastrophic collapse of nature’s ecosystems”, according to the first global scientific review. More than 40% of insect species are declining and a third are endangered, the analysis found. The rate of extinction is eight times faster than that of mammals, birds and reptiles. The total mass of insects is falling by a precipitous 2.5% a year, according to the best data available, suggesting they could vanish within a century. Octopuses May Go Blind As Climate Change Sucks Oxygen Out of the Ocean Editor's Note: This story was updated at 11:20 a.m. E.D.T. on Friday, May 17 Turning light particles into visual information is hard work, and your body relies on oxygen to get the job done.

Future - The poisons released by melting Arctic ice In 2012, Sue Natali arrived in Duvanny Yar, Siberia, for the first time. Then a postdoctoral research fellow studying the effects of thawing permafrost due to climate change, she had seen photos of this site many times. Rapid thawing at Duvanny Yar had caused a massive ground collapse – a “mega slump” – like a giant sinkhole in the middle of the Siberian tundra. But nothing had prepared her for seeing it in person. Our oceans broke heat records in 2018 and the consequences are catastrophic Last year was the hottest ever measured, continuing an upward trend that is a direct result of manmade greenhouse gas emissions. The key to the measurements is the oceans. Oceans absorb more than 90% of the heat that results from greenhouse gases, so if you want to measure global warming you really have to measure ocean warming. There are other ways to measure climate change, but none are as convincing as the oceans. Air temperatures are most commonly reported in the media as evidence of global warming, but the problem with these is they are very erratic. While there is certainly a long-term trend of higher air temperatures, any given year may be warmer or colder than the last.

Greenland's ice melting rate reaching 'tipping point' Climate change is causing Greenland ice masses to melt faster, losing four times more ice since 2003, a new study says. According to research published on Monday in the Proceedings of the National Academy of Sciences, the ice loss in 2012 - more than 400 billion tonnes - reached nearly four times the rate in 2003. The largest sustained ice loss came from southwest Greenland, a region previously not seen as a crucial actor in rising sea levels as it is mostly devoid of large glaciers.

OB/GYN Shares The Many Reasons Her Patients Had For Abortions, Says They’re All Completely Valid Alabama has made a home in the headlines after Governor Kay Ivey signed the Alabama Human Life Protection Act – the countries most restrictive abortion law to date. In response women everywhere have used whatever platform they have to share their opinions and experiences, the most popular one being social media. Several hashtags have popped up to encourage and destigmatize the dialogue surrounding abortions such as #ShoutYourAbortion and #YouKnowMe, and while many agree that sharing these stories are important, others – like this OB/GYN – also think that a woman shouldn’t have to share or have a traumatic story for her right to choose to be respected.

Freak hailstorm buries major Mexico city under FIVE FEET of ice – as California bakes in 38C A FREAK hailstorm has buried a major city in Mexico under 5ft of ice – leaving dozens of drivers trapped and damaging buildings. Roads were completely blocked after hail and heavy rain bombarded Guadalajara, the capital of Jalisco state in western Mexico on Sunday. Piles of hail reached as high as 1.5 metres or 5ft in some places, with Rancho Blanco and the Industrial Zone the worst affected areas. Formation of the moon brought water to Earth The Earth is unique in our solar system: It is the only terrestrial planet with a large amount of water and a relatively large moon, which stabilizes the Earth's axis. Both were essential for Earth to develop life. Planetologists at the University of Münster (Germany) have now been able to show, for the first time, that water came to Earth with the formation of the Moon some 4.4 billion years ago. The Moon was formed when Earth was hit by a body about the size of Mars, also called Theia.