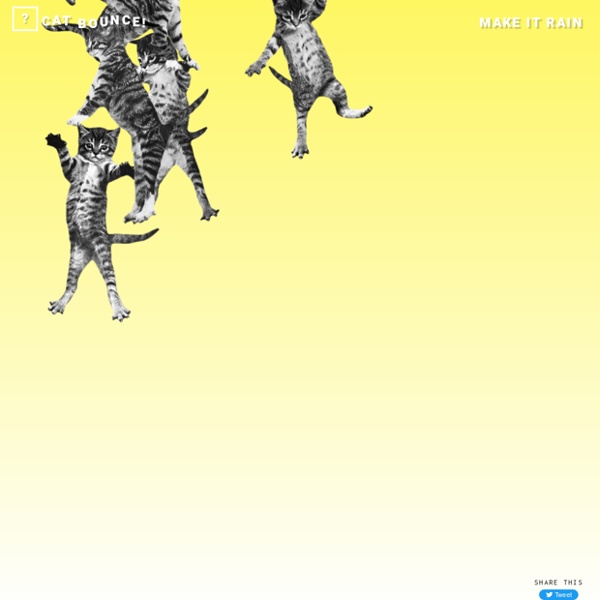 Kingdom Rush Frontiers The world's most devilishly addictive defense game is back - welcome to Kingdom Rush: Frontiers! "Kingdom Rush Frontiers" is a game that combines Tower Defense, quirky humor and fantasy gameplay. The goal is to build many types of towers to attack incoming enemies, and stop them from getting past your defenses. Bigger and badder than ever before, Kingdom Rush: Frontiers is a whole new level of the furiously fast, enchantingly charming gameplay that made the original title an award-winning hit. Tap your troops through an epic (mis)adventure as you defend exotic lands from dragons, man-eating plants, and ghastly denizens of the underworld -all with flashy new towers, levels, heroes, and more goodies to help you crush your foes to a pulp.

WebGL Water Loading... Made by Evan Wallace This demo requires a decent graphics card and up-to-date drivers. If you can't run the demo, you can still see it on YouTube. Interactions: Draw on the water to make ripples Drag the background to rotate the camera Press SPACEBAR to pause and unpause Drag the sphere to move it around Press the L key to set the light direction Press the G key to toggle gravity Cat physics – and we are not making this up Cats may skulk, and cats may fall – but no matter what they do, cats must obey the laws of physics. Scientists have tried repeatedly to figure out how they manage to do it. At the extreme, physicists analysed what happens to a dropped cat. That's a cat in free-fall, a cat hurtling earthwards with nothing but kitty cunning to keep it from crashing.

Brown Sugar Hair Straightener Welcome to Pinterest Tested! Ever wonder if that miracle cleaner is really miraculous? Or what about that homemade facial cleanser or delicious-looking recipe? Falling cat problem A falling cat modeled as two independently rotating parts turns around while maintaining zero net angular momentum The falling cat problem consists of explaining the underlying physics behind the common observation of the cat righting reflex: how a free-falling cat can turn itself right-side-up as it falls, no matter which way up it was initially, without violating the law of conservation of angular momentum. Although somewhat amusing, and trivial to pose, the solution of the problem is not as straightforward as its statement would suggest.

Schrödinger's cat Schrödinger's cat: a cat, a flask of poison, and a radioactive source are placed in a sealed box. If an internal monitor detects radioactivity (i.e. a single atom decaying), the flask is shattered, releasing the poison that kills the cat. The Copenhagen interpretation of quantum mechanics implies that after a while, the cat is simultaneously alive and dead. Yet, when one looks in the box, one sees the cat either alive or dead, not both alive and dead. This poses the question of when exactly quantum superposition ends and reality collapses into one possibility or the other.