The Secret History of Muslims in the U.S. 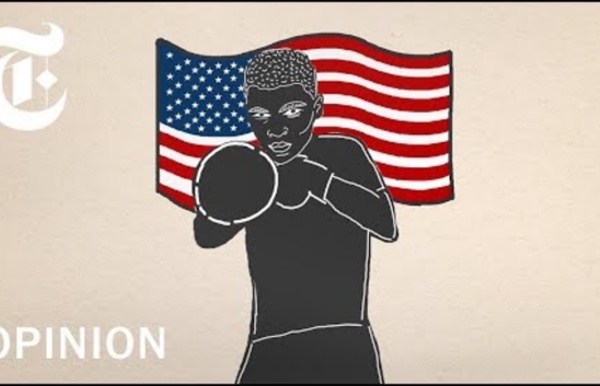 Watch: How people respond to Bible quotes when told they're from the Quran People make a lot of assumptions about Islam compared with Christianity and Judaism — particularly that it's more inherently violent. But do people really know what they're talking about, or are they simplifying complicated belief systems to make a political point? The team at Dit Is Normaal decided to put this to the test in the Netherlands, where they're based. So they disguised a Bible as a Quran, read verses from the Bible (such as "You will have to cut off her hand"), and asked people for their thoughts.

Judaism: Founder, Beliefs & Facts Judaism is the world’s oldest monotheistic religion, dating back nearly 4,000 years. Followers of Judaism believe in one God who revealed himself through ancient prophets. The history of Judaism is essential to understanding the Jewish faith, which has a rich heritage of law, culture and tradition. How Muslims, Often Misunderstood, Are Thriving in America This story appears in the May 2018 issue of National Geographic magazine. This story is part of Diversity in America, a National Geographic series covering racial, ethnic, and religious groups and examining their changing roles in 21st-century life. Tell us your story with #IDefineMe.

Islam - Five Pillars, Nation of Islam & Definition Islam is the second largest religion in the world after Christianity, with about 1.8 billion Muslims worldwide. Although its roots go back further, scholars typically date the creation of Islam to the 7th century, making it the youngest of the major world religions. Islam started in Mecca, in modern-day Saudi Arabia, during the time of the prophet Muhammad’s life. Today, the faith is spreading rapidly throughout the world. Islam Facts The word “Islam” means “submission to the will of God.”Followers of Islam are called Muslims.Muslims are monotheistic and worship one, all-knowing God, who in Arabic is known as Allah.Followers of Islam aim to live a life of complete submission to Allah.

Buddhism - Definition, Founder & Origins Buddhism is a faith that was founded by Siddhartha Gautama (“the Buddha”) more than 2,500 years ago in India. With about 470 million followers, scholars consider Buddhism one of the major world religions. Its practice has historically been most prominent in East and Southeast Asia, but its influence is growing in the West. Many Buddhist ideas and philosophies overlap with those of other faiths. Buddhism Beliefs Some key Buddhism beliefs include: History Detectives When the first Muslims came to the land that would become the United States is unclear. Many historians claim that the earliest Muslims came from the Senegambian region of Africa in the early 14th century. It is believed they were Moors, expelled from Spain, who made their way to the Caribbean and possibly to the Gulf of Mexico. When Columbus made his journey to the United States, it is said he took with him a book written by Portuguese Muslims who had navigated their way to the New World in the 12th century.

Christianity - Dogma, Definition & Beliefs Christianity is the most widely practiced religion in the world, with more than 2 billion followers. The Christian faith centers on beliefs regarding the birth, life, death and resurrection of Jesus Christ. While it started with a small group of adherents, many historians regard the spread and adoption of Christianity throughout the world as one of the most successful spiritual missions in human history. Christianity Beliefs Hinduism - Origins, Facts & Beliefs Hinduism is the world’s oldest religion, according to many scholars, with roots and customs dating back more than 4,000 years. Today, with about 900 million followers, Hinduism is the third-largest religion behind Christianity and Islam. Roughly 95 percent of the world’s Hindus live in India. Because the religion has no specific founder, it’s difficult to trace its origins and history.

Muslims and Islam: Key findings in the U.S. and around the world Try our email course on Muslims and Islam Learn about Muslims and Islam through four short lessons delivered to your inbox every other day.Sign up now! Muslims are the fastest-growing religious group in the world. The growth and regional migration of Muslims, combined with the ongoing impact of the Islamic State (also known as ISIS or ISIL) and other extremist groups that commit acts of violence in the name of Islam, have brought Muslims and the Islamic faith to the forefront of the political debate in many countries.

The Five Pillars of Islam The Five Pillars are the core beliefs and practices of Islam: Profession of Faith (shahada). The belief that "There is no god but God, and Muhammad is the Messenger of God" is central to Islam. This phrase, written in Arabic, is often prominently featured in architecture and a range of objects, including the Qur'an, Islam's holy book of divine revelations.

Islam (Muslim) for Kids What are the main Muslim Festivals? The Muslim year is based on Lunar calendar. Ramadan (Ramadhan) Ramadan is the ninth month of the Islamic calendar, and a time when Muslims across the world will fast (do not eat) during the hours of daylight. The Muslim year is a lunar (moon) year, so Ramadan moves forward by ten or eleven days each year. The day Ramadan begins is decided by the sighting of the new moon.