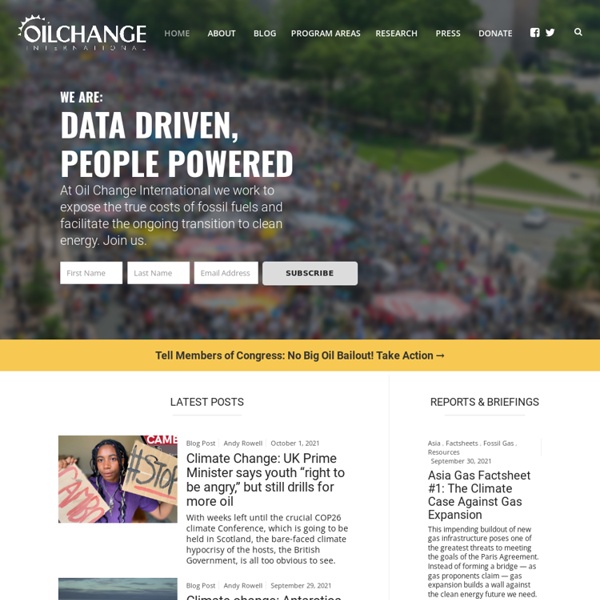 The Climate Group Dirty Energy Money - Oil Change International Carbon Visuals: Home The Yale Forum on Climate Change & The Media | Connecting scientists, journalists, and communicators the consensus project Climate Change Health Impact & Prevention | Climate CHIP How farmers can help fight climate change The other week, I spent some time interviewing several business leaders for the North Carolina Sustainability CEnter, asking them about their reactions to President Obama's climate speach. Their responses were decidedly mixed, but one discussion stayed with me. When I asked Charles Sydnor, the owner of Braeburn Farm, about the urgency of climate policy for his industry—he had this to say: "As a farmer, when we look at climate change there are two sides to the story – but we only really talk about one – namely the production of greenhouse gases. Yet agriculture should be part of the solution. I can take you to places right now where crops are grown year-after-year-after-year without tilling the land, and where there is increased carbon sequestration year-after-year. Sydnor has a powerful point. No-till farming NRCS Soil Health/CC BY 2.0 Soil has the potential to store huge amounts of carbon. Producing renewable energy Spearheading conservation jyri/CC BY 2.0 Innovating new ways of growing

Climate Name Change Citizens Climate Lobby Saul Griffith: Climate Change Recalculated Good evening. How are we for signal, very good, I am Stewart Brand from the Long Now Foundation. You maybe wonder what this Twitter thing is about.