Whoa: This Is What Happens to Your Body When You Drink Enough Water 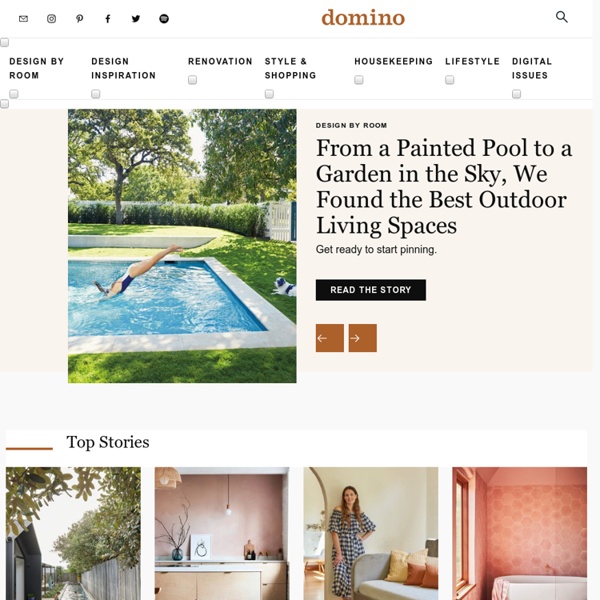 from the Inside Out: Daniel Henderson: 9780802416957 - BibleGateway with Christianbook.com Transforming Presence by Daniel Henderson is his recent foray into, what have become for many, the murky waters of the Holy Spirit and His work in our lives. It is a well thought out, balanced, and reasonable discussion of the third member of the Godhead. It is unfortunate that the very person of the trinity that is to bind us together as believers has caused so much division. Actually, it's not the Holy Spirit that has divided us; it is our beliefs and practices that have. Henderson's book is by no means exhaustive, but rather a very good introduction, especially for those who have looked at various churches and denominations and come away confused. Some churches totally ignore the Holy Spirit while others seem to do nothing but focus on Him.

8 Questions to Ask Someone Other Than “What Do You Do?” Photo by Grant Faint/Hayon Thapaliya/Getty Images We’ve all been in the awkward situation of meeting someone new and having to build rapport quickly — at networking events, industry conferences, charity events, dinner parties, and other social-professional situations. If you’re like many people — especially most Americans — you break the awkward silence with a pretty standard question: “So, what do you do?” But that question might not be the best way to build rapport with someone else. When You Don’t Know What to Do, Make Tea Have you heard about how good tea is? If you are a human being, your answer is probably yes. People in cultures around the world have been well-attuned to the joys of a hot cuppa for millennia. They have also heard of how nice it is to “sleep” and “breathe” and “eat food.” But there are still those who eschew tea in favor of coffee, wine, soda, or boring old water.

Why Do Dogs Love Us? Science Explains You’re not just imagining it: There’s substantial research to support the claim that dogs truly adore their owners. An animal behaviorist confirms to Inverse there are all sorts of chemical goodness going on in puppies’ brains when they’re around us. It’s even purer than you think. This four-letter word is the Swedish key to happiness at work Can short coffee breaks spell the difference between loving and hating work? In Sweden, where workers are among the least stressed worldwide, the secret to happiness is a four letter word: fika. The word “fika” is used as both a noun and a verb, and is derived from the Swedish word for coffee (kaffe), a national obsession for the world’s third-largest coffee drinking nation. Unlike the American-style caffeine jolt, the Swedish coffee break is a moment to literally leave work behind.

Talking out loud to yourself is a technology for thinking This week, a woman was strolling in my street, walking in circles and speaking out loud to herself. People were looking at her awkwardly, but she didn’t particularly mind, and continued walking vigorously and speaking. Yes, that woman was me. Like many of us, I talk to myself out loud, though I’m a little unusual in that I often do it in public spaces. The simple self-care practice that can help you make better decisions The average person makes about 35,000 decisions every day—from choosing an outfit to deciding which seat to take at a meeting. In fact, we make 200 judgments each day about food alone. But research shows that all that decision making can be mentally and physically draining.

The Way We Make Fitness Resolutions Is All Wrong Photo-Illustration: Getty Images “Hot Bod” is a weekly exploration of fitness culture and its adjacent oddities. The barrage has started. By now you’re keenly aware of every fitness studio that has your email address and they’ve got the deals and they’ve got the promises. They want you back.