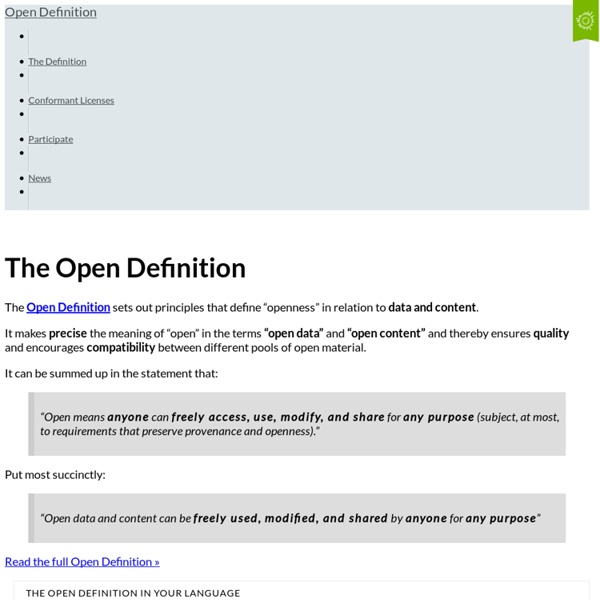 The Best SaaS Landing page examples I’ve seen (+ their secrets for conversion) Usually, I don’t advise anyone to use other websites as reference since they have different business needs and people need to understand their context and their strategy to be able to apply them properly. It’s extremely rare that you find SaaS Landing pages with a great focus on converting visitors into customers and not only the pretty stuff.‍ I’ve compiled the best examples of SaaS Landing pages I’ve seen over the years (1000’s of them) into actionable examples you can use as reference! In this article, I also break down why they are great examples and how you can use them in your own SaaS website to convert more visitors into customers. Clear Header examples Aka top of the page.

How British do you feel? Visualised Visualising data online and in a newspaper is like the difference between speaking Spanish and conversing in French; there have the same roots and are ostensibly similar - but in practice are completely different. So it's proven with the results of our online Britishness survey, where we asked readers to rate how they felt about their nationality. The results provide a fascinating insight into how different parts of the UK really feel about the nation as a whole. Online, it works just like a Google map - where you can zoom in and see how people feel in each place, ranked by the maps of each country. It works using the Google Maps API, feeding from a spreadsheet form that readers are essentially filling in.

What Is Digital Humanities and What’s it Doing in the Library? tl;dr – Libraries and digital humanities have the same goals. Stop asking if the library has a role, or what it is, and start getting involved in digital projects that are already happening. Advocate for new expanded roles and responsibilities to be able to do this. Become producers/creators in collaboration with scholars rather than servants to them. Comprehending the Digital Humanities – from Elijah Meeks at Stanford. Where’s the library?

3. Environments, Elements, and Information - Understanding Context [Book] Chapter 3. Environments, Elements, and Information Context is worth 80 IQ points. SOCIAL NETWORKS AND AIRPORTS don’t exist in a vacuum. They’re part of a wider world. And humans didn’t evolve with mobile phones in hand. SPARQL Query Language for RDF W3C Recommendation 15 January 2008 New Version Available: SPARQL 1.1 (Document Status Update, 26 March 2013) The SPARQL Working Group has produced a W3C Recommendation for a new version of SPARQL which adds features to this 2008 version. Please see SPARQL 1.1 Overview for an introduction to SPARQL 1.1 and a guide to the SPARQL 1.1 document set.

Linked Data Basics for Techies - OpenOrg Intended Audience This is intended to be a crash course for a techie/programmer who needs to learn the basics ASAP. It is not intended as an introduction for managers or policy makers (I suggest looking at Tim Berners-Lee's TED talks if you want the executive summary). STRIPS Definition[edit] A STRIPS instance is composed of: An initial state;The specification of the goal states – situations which the planner is trying to reach;A set of actions. For each action, the following are included: preconditions (what must be established before the action is performed);postconditions (what is established after the action is performed). Mathematically, a STRIPS instance is a quadruple

.: Venus-C :. Building a highly-scalable and flexible Cloud infrastructure VENUS-C is a project funded under the European Commission’s 7th Framework Programme drawing its strength from a joint co-operation between computing service providers and scientific user communities to develop, test and deploy a large, Cloud computing infrastructure for science and SMEs in Europe. Experts "The great success of Generalized Worker Role in VENUS-C has emphasized to me that building a library of customizable Roles or Appliances is a powerful cloud programming model". "It was particularly revealing to see so many different applications being in need of cloud services, yet with rather diverse characteristics and diverse requirements".

Lakes and streams as sentinels of environmental change in terrestrial and atmospheric processes - Williamson - 2008 - Frontiers in Ecology and the Environment Abstract Recent advances in our understanding of the importance of continental‐ to global‐scale connectivity among terrestrial and aquatic ecosystems make consideration of aquatic–terrestrial linkages an urgent ecological and environmental issue. Here, we describe the role of inland waters as sentinels and integrators of the impact of humans on terrestrial and aquatic ecosystems. Free Geolocation Database New Database Format Available: This page is for our legacy databases. For our latest database format, please see our GeoLite2 Databases. Databases IP Geolocation The GeoLite databases are our free IP geolocation databases.