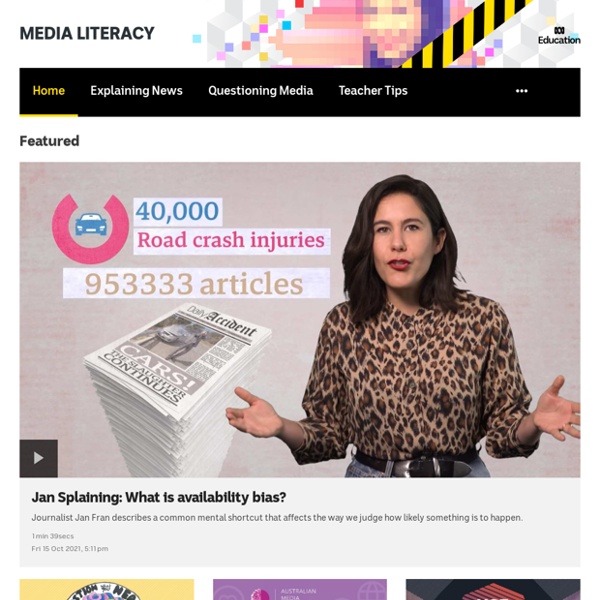 Drop Bear The Drop Bear, Thylarctos plummetus, is a large, arboreal, predatory marsupial related to the Koala. Drop Bear distribution map Photographer: © Australian Museum Standard Common Name Drop Bear Identification Around the size of a leopard or very large dog with coarse orange fur with some darker mottled patterning (as seen in most Koalas). A 5-Step Guide to Making Your Own Instructional Videos to Replace Lectures Imagine lecturing to a class in which some of your students are grade levels behind, some are grade levels ahead, some have special needs, and some are absent. It’s pretty hard to do that effectively, isn’t it? As teachers in a Title I high school, we developed an instructional model built around self-made videos that empowered students at all levels to learn at their own pace and build mastery skill-by-skill. We used these screencast-style videos: To replace traditional lecture-style direct instruction, freeing us up to work directly with individual students; To give directions for projects and other complex tasks; and To provide remediation on skills that students might need to practice.

All About Explorers All About Explorers was developed by a group of teachers as a means of teaching students about the Internet. Although the Internet can be a tremendous resource for gathering information about a topic, we found that students often did not have the skills to discern useful information from worthless data. So we set out to develop a series of lessons for elementary age students in which we would demonstrate that just because it is out there for the searching does not mean it is worthwhile. A typical novice strategy for searching the Internet is to type the topic into the address bar. For example, if you are researching Christopher Columbus, you naturally would look first at www.columbus.com.

3 ways to help children think critically about the news Like adults, children use the news to learn about what’s happening in the world. But the circulation of misinformation, such as the recent spread of fake news about COVID-19 (the disease caused by coronavirus), blurs our understanding of events and issues. In 2017, we conducted the first nationally representative survey of how Australian children, aged eight to 16, consume news. We found children as young as eight are interested in news.

The Book Chook: Help Kids Detect Fake News by Susan Stephenson, www.thebookchook.com “Fake news” is a term that has exploded in popularity recently. It is often used to describe articles and memes that have been deliberately fabricated to manipulate opinion or misinform. Many educators prefer to concentrate on developing critical media literacy skills in students rather than buying into a debate over whether news is fake or not. However, I want the title of my article today to reflect what people may use in a Search.

A Closer Look: Beware of Photos Bearing False Captions When working with historical photo collections, it always pays to ask yourself: Does the title match the content? The original photographers sometimes mixed up dates and places, or misspelled words and omitted key info — just like you or I might. Glancing at this pair of photographs, they seem to show the same scene. But the titles etched into the original glass negatives tell conflicting stories.

libraries fake news Imagine, for a moment, the technology of 2017 had existed on Jan. 11, 1964 – the day Luther Terry, surgeon general of the United States, released “Smoking and Health: Report of the Advisory Committee to the Surgeon General of the United States.” What would be some likely scenarios? The social media noise machine explodes; conservative websites immediately paint the report as a nanny-government attack on personal freedom and masculinity; the report’s findings are hit with a flood of satirical memes, outraged Facebook posts, attack videos and click-bait fake news stories; Big Tobacco’s publicity machine begins pumping out disinformation via both popular social media and pseudoscientific predatory journals willing to print anything for a price; Republican presidential candidate Barry Goldwater characterizes “Smoking and Health” as a “communist-inspired hoax.” Eventually, the Johnson administration distances itself from the surgeon general’s controversial report. Maybe not.

Protect Yourself from Fake News - Fact v. Fiction - Fake News - Academic Guid... Here are some steps you can take to become a critical news consumer: Determine what type of article you are reading Is it an editorial or opinion piece? These articles reflect the author's personal beliefs and point of view. Untrustworthy sources can blur the line between reporting the facts and expressing opinions. Be sure to read carefully. After Comet Ping Pong and Pizzagate, teachers tackle fake news History teacher Chris Dier was in the middle of a lesson last week at Chalmette High School in Chalmette, La., when a student made a befuddling inquiry: “He raised his hand and asked if I knew about Hillary Clinton using pizza places to traffic people.” About a thousand miles away at Wilson High School in Northwest Washington, distressed students in teacher Eden McCauslin’s history and government classes asked why a North Carolina man armed with an assault rifle had appeared at their local pizza shop, Comet Ping Pong, telling police that he wanted to free child sex slaves he believed to be harbored there, a false narrative conspiracy theorists have pushed on the Internet. [Pizzagate: From rumor, to hashtag, to gunfire in D.C.] Hoaxes, fake news and conspiracy theories have abounded on the Web, spreading with increasing speed and intensity during the recent presidential election cycle.

Digital News Report: Australia - University of Canberra Most Australians will miss local news if it disappears COVID-19 pandemic has proven how much local news still matters as people need to get information about the spread of the virus in their area and keep up with the advice of local authorities which may be different to national guidelines. During the bushfires, almost half of news consumers (45%) said that they were very or extremely interested in local news. Local newspapers and their websites were cited as the top source of local news (41%). We found that almost a quarter of news consumers were turning to alternative sources such as local social media groups for news about their community. This suggests that traditional news media are not fully meeting consumers’ demands for local news.

Turn Students into Fact-Finding Web Detectives Fact-Checking Tips and Tools for Teachers and Students Show students where to look for credible information on the web. Explain that professional fact-checkers may already have done this important work for us. Use the resources below as references for finding vetted and fact-checked information. Google Search Skills Every Student Should Know Upgrade your students' Google game! Battling Fake News in the Classroom In this post-election period, there has been a lot of discussion about fake news, particularly about how it is spread and shared online, and whether it influenced the recent presidential election. On November 22, Stanford University released an influential study showing that middle and high school students—and even some in college—have trouble distinguishing which online resources are credible. The inescapable fact is that young people need to be prepared for the Wild West of information that they live in and will grow up in.

We live in an age of 'fake news'. But Australian children are not learning enough about media literacy Today we release the findings from our new research into how young Australians consume and think about news media. Following a summer of bushfires and during the COVID-19 pandemic, young people have told us they consume news regularly. But they also say they can find it frightening and many don’t ask questions about the true source of the information they are getting. To our surprise, despite widespread concern about “fake news” and a growing body of evidence about the reach and impact of misinformation, many young people are also not getting formal education about news media at school. Our research In February and March 2020, we conducted an online survey of young people’s media use and education.

Swiss university launches country's first ever degree in yodelling Swiss yodeller Nadja Räss will teach the course. Photo: andibrunner.com From the 2018/19 academic year it will be possible to study yodelling to degree level in Switzerland for the first time. The Lucerne University of Applied Sciences and Arts is adding yodelling to its Folk Music programme from the autumn, offering both a three-year bachelor’s and a two-year master’s degree in the alpine vocal technique, it said on its website. The university has offered folk music degrees since 2012, and it now becomes the first in the country to offer the traditional Swiss art of yodelling at degree level.