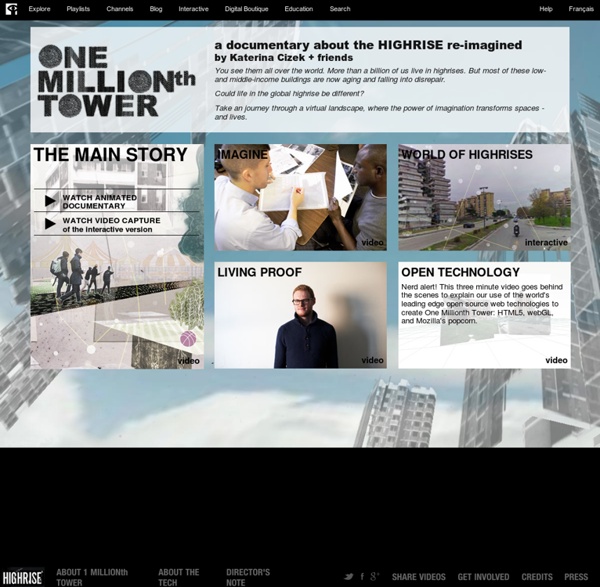 » Out My Window | Highrise Still image from recently found footage: An uncle’s self-documentation 20 years ago with a super 8 film camera in a Toronto highrise. This remarkable footage is providing clues for Maria-Saroja Ponnambalam, HIGHRISE community media coordinator, in her documentary about the mysteries of her uncle’s immigration to Canada, and his struggle with mental health issues. I asked Maria to guest blog about how she found the footage, her uncle, and how it unexpectedly relates to HIGHRISE. My father was convinced he had no films of his brother Pandi. While I was interviewing him on camera, he insisted on showing a box with a super-8 projector in it that belonged to Pandi. To our surprise the projector was working. My father had never seen any films his brother had created, nor had never visited Pandi’s apartment. Pandi had been living in Chennai, India where he was having trouble finding a job in the film industry.

Filmmakers Collaborative FC offers low cost fiscal sponsorship to independent producers across the country. Many foundations will not issue grants to individuals but only to non-profits, so instead of starting their own 501(c)3 organization, filmmakers often align themselves with an established non-profit, allowing them to apply for a wide range of grants and offer their donors a tax deduction. FC is not simply a “pass through;” it is a member organization that accepts and administers contributions made to our members’ projects, monitors reports to ensure that grant funds are spent in accordance with funder requirements, and acts as the liaison between foundations and filmmakers. Since 1986 FC has managed more than $25 million in grants and donations for over 200 projects. Our films have been shown nationally and internationally, and have won awards at festivals and competitions around the world. Besides films and videos, we sponsor websites, apps, games, and digital projects on a range of platforms. * Budgeting

Fifty People, One Question by Maria Popova What world peace has to do with zombie fever and waking up in your own bed. This past weekend, Vimeo announced the finalists in the first-ever Vimeo Awards for creativity and innovation in online video. The brainchild of filmmaker and designer duo Benjamin Reece and Nathan Heleine, the project is based on a simple premise that yields surprisingly rich results: Asking people one question and filming their response. The project consists of four films, the first of which was shot in New Orleans and conceived by Reece, who later partnered with Heleine to produce the remaining three. It’s amazing, in a deeply sad kind of way, how self-conscious and timid people become as they communicate a genuine wish for “world peace,” fully aware of the contrived fluff-status the phrase has attained. Where would you like to wake up tomorrow? Brain Pickings has a free weekly newsletter and people say it’s cool. Share on Tumblr

Waterlife Starlight Runner | Transmedia Services Rise of Pervasive Communications Today's most desirable target markets, Millennial young adults and Generation Z ‘tweens and teens, have come of age in a time of pervasive communications. As a result they are far more media savvy, interpersonally connected, and able to express themselves than any previous generation. The problem faced by corporations and big media is that many are communicating on old broadcast models, where the narrative is linear, the medium stands alone, and the narrative is only running one way. A new toolset and new techniques are necessary to reach and engage mass audiences in the digital age. The consumer or audience member is now a user and a participant. Transmedia Storytelling Defined The term transmedia storytelling first saw publication in Convergence Culture: Where Old and New Media Collide, a text by Professor Henry Jenkins (then of M.I.T., currently teaching at the University of Southern California). Transmedia Planning & Development Transmedia Branding

42 Entertainment Our Team | Red Six Creativity is making something out of nothing. It’s what we did with Red Six Media, and it’s what we enjoy doing for our clients.The Red Six appeal is growing in Baton Rouge and across the Gulf South. Get your popcorn ready. Kristen Morrison Co-Owner + Account Manager Happiness is only real when shared with the client. Matt Dardenne Co-Owner + Creative Director Minimalist. Joe Martin Co-Owner + Creative Director People judge books by their covers. James Spencer Interactive Director Most cultured. Soleil Casas Graphic Designer Sunshine in a bottle if that bottle had mad design chops. Donny Terrio Graphic Designer Silent but deadly design. Michael Duke Junior Copywriter Weaving webs of random words into works of wonder. Lauren Zimmermann Social Media Intern You must be social to get social media—it’s a good excuse to party.

Montecarlo - Barcelona, Spain., Química visual. | about.me OFFICIAL PROFILE Montecarlo, born in Barcelona, Spain. BA in Fine Arts and MBA in Film and TV. Started his career as a comic-book author (writer & artist) and video maker. Since then he has written feature films and has script-doctored other film projects (fiction & documentary). He has directed short films and 3D animation series, taking charge of the script, the storyboard and direction. He has also designed exhibitions, and interactive games. His interest in exploring new narrative strands has led him to create Química visual (Visual Chemistry). He combines this work with lectures and workshops in the same areas. He is co-author of the novel “El consejo” (The board/The advice), a story about the power of Storytelling, and author of “Filmmaking Techniques” and “One Day at a Time – a Journey Through Images”. Currently he is working on several transmedia projects and in the organization of events related to the subject. UNOFFICIAL PROFILE Montecarlo lives on the road. "Reality is.

Transmedia Journalism Principles | Transmedia Journalism Jump to: Previous Page: “Where Journalism Has Gone Before”Spreadable | DrillableContinuous and SerialDiverse and Personal in ViewpointImmersive | ExtractableOf Real Worlds | Inspiring to Action Next page: Building Transmedia Journalism “There are no new ideas in the world. Only a new arrangement of things.” — Henri Cartier-Bresson Almost Transmedia Looking at journalism in terms of Henry Jenkins’ seven principles, all of the characteristics of transmedia as he defines it have individually been implemented in a journalism or documentary context before. In our construction, readers would be required to size up the information presented, then take trips and side trips through photographs, text, sound, video, with the option of extracting themselves at any time from Peress’ essay to go to one of the fourteen forums and participate in various discussions, as well as to consult maps, a bibliography, or a glossary. Click to explore the site. Spreadable Drillable Click to explore.

Transmedia Journalism | Porting Transmedia Storytelling to the News Business Futures of Entertainment: Archives For more than a year now, I've written about taking a transmedia approach to journalism and how that approach can be best accomplished. I'm not talking in this sense about giving conglomerates the chance to squeeze more blood from the stone, to get three times as much work from half as many journalists, or else the myth of the uberjournalist, where one person should be sent into the field to take the pictures, do the story, get video, and then come back to write the story, publish the photographs, put the video up on the Web, appear on the TV station, and so on. Instead, what I mean is finding the best platform possible to tell the story in, to use each medium to its strengths. As I wrote back in that July post linked to above, "The problem is simply that convergence, as a buzzword, is too broad. The latest issue of The Convergence Newsletter features a piece by Randy Covington that originally ran in the Winter 2006 issue of Nieman Reports.