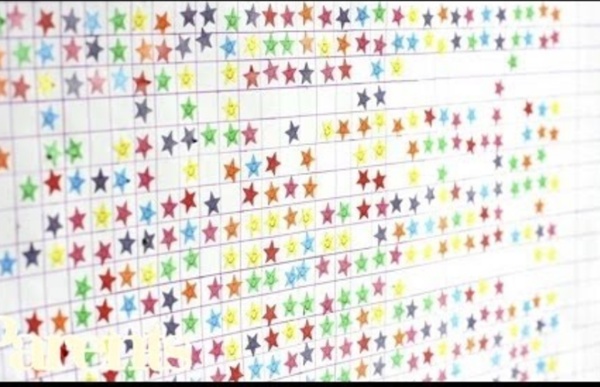 How to Reward Your Teen for Good Behavior Teenagers are young adults who are trying to learn the ways of the world. When they do something great at school or at home or simply make a healthy decision, parents can give them a reward. The reward does not have to be money, but it is a nice way to say "thank you" or "I'm proud of you." Teens need this positive reinforcement because it shows them that they are on the right track.1 It is also a good life lesson that you can pass on: good things happen to good people. When Do Teenagers Deserve a Reward? Positive Reinforcement in Psychology (Definition + 5 Examples) If you read our earlier piece on positive punishment, you know that there are different methods of teaching and instilling good habits and behaviors. One of the most powerful and effective methods is one that you’re probably at least somewhat familiar with: positive reinforcement. Before you read on, we thought you might like to download our 3 Positive Psychology Exercises for free. These science-based exercises will explore fundamental aspects of positive psychology including strengths, values and self-compassion and will give you the tools to enhance the wellbeing of your clients, students or employees. You can download the free PDF here.

Positive Reinforcement Is Worth A Shot, And Here's Why Hands down, one of the hardest things about being a parent is figuring out how to effectively discipline your kids. Ten years into this parenting thing, and I will freely admit that I don’t have it all figured out. I never will. What Is 'positive Punishment'? Definition And Real-World Examples Positive punishment is a popular concept in parenting. We'll explain what it is and how you can implement it with six examples. Parenting isn't always a walk in the park, and determining the best way to address your child's inevitable poor behavior can be a tricky line to walk. Techniques like positive punishment and negative reinforcement (two parenting "buzzwords" that you've probably heard a lot already) are just two of the ways parents and child care providers can try to correct a child's behavioral issues. [RELATED: "Parenting Styles: 4 Negative Reinforcement Examples "] If you decide to try out either -- or both -- of these parenting techniques, it's important that you first understand what they mean, what they do, and how you can incorporate this technique into your parenting style -- and how your babysitter or nanny can incorporate it into their care repertoire.

Article 3a.2: Negative Reinforcement and Operant Conditioning Did you know that parents could train their children to act defiant? “Who in their right minds would do that?” you may wonder. 14 Best Examples Of Operant Conditioning Operant conditioning, also known as instrumental conditioning, is a method of learning that employs punishments and rewards for behavior. In this method, a link is established between a behavior and a consequence (whether positive or negative) for that behavior. For example, when a monkey presses a button when a LED is on, he receives a banana as a reward. When he presses the button when the LED is off, he receives a mild electric shock. As a result, he learns to press the button when the LED is on and avoids it when the LED is off.

Using Positive Reinforcement to Improve Behavior When your child misbehaves, rewards might be the last thing on your mind. But, positive reinforcement can be one of the most effective behavior modification techniques.1 You can use positive reinforcement to encourage prosocial behaviors, like sharing or following directions. And, you can use it to prevent misbehavior, like hitting and rule violations. Teens May Learn Best with Positive Reinforcement A new study finds that adolescents focus on rewards and are less able to learn to avoid punishment or consider the consequences of alternative actions. University College-London investigators compared how adolescents and adults learn to make choices based on the available information. Investigators tracked the way in which 18 volunteers aged 12-17 and 20 volunteers aged 18-32 completed tasks in which they had to choose between abstract symbols. Each symbol was consistently associated with a fixed chance of a reward, punishment, or no outcome. As the trial progressed, participants learned which symbols were likely to lead to each outcome and adjusted their choices accordingly.

Article 1.1: Is This Typical Teenage Behavior or a Warning Sign of Mental Illness? Some rebellious, irritable, or anxious behavior is a normal and healthy part of being a teenager. However, when shifts in a teenager’s personality are more extreme, they may be indicators of a mental health issue. Concerning behaviors can sometimes be prevented when parents talk to teens frequently and have an open dialogue with them that’s supportive.Experts say even if parents aren’t sure whether or not a change in their teen’s behavior is something they should be worried about, it doesn’t hurt to check with a therapist, their child’s pediatrician, or a school counselor. Any parent of a teenager knows, teens can be moody, distant, and defiant at times. But while this can sometimes be a source of stress and conflict for families, it’s also usually a completely normal part of being a teen.

Parenting Teens: When It Comes To Learning, Positive Reinforcement Trumps Punishment Teens generally aren’t afraid to defy authority. Generations of parents know this, having tried different strategies for getting their adolescents to do what they ask — often in attempts to keep them safe and help pave a path toward success. Now, a new study shows that rewards, rather than punishments, could be the way to get them to cooperate. Researchers at the University College London asked 18 volunteers aged 12 to 17 and 20 volunteers aged 18 to 32 to complete both a learning task and post-learning task in which they chose between abstract symbols, each associated with a fixed chance of reward, punishment, or no outcome.