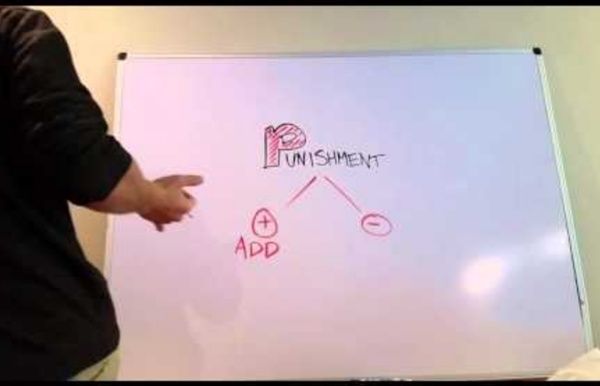 [Positive Punishment] 10kmh riding speed limit on footpaths among new rules to kick in on Feb 1 SINGAPORE: The Land Transport Authority (LTA) on Friday (Jan 18) announced that new rules encouraging safer path and road-sharing will be implemented on Feb 1. The rules, first announced in September last year, include a lower speed limit for riders on footpaths, the mandatory use of helmets by cyclists on roads, "stop and look" requirement for all active mobility device users and maximum device speed for personal mobility aids (PMAs). The rules are "part of ongoing efforts to foster greater rider responsibility and encourage safe sharing of our paths and roads”, the authority said in a news release. Under the new rules, the speed limit for riding on footpaths will be lowered from the current 15kmh to 10kmh. “This will allow all path users more time to react to unforeseen circumstances, thus reducing the risk of accidents and severity of injuries should they happen,” said LTA. Cyclists on roads will also now be required to wear helmets.

4 Proven Behavior Modification Techniques with Examples Behavior modification is a means of changing behavior through various techniques used to replace undesirable behaviors with desirable ones. Behavior modification techniques have been used to treat both adults and children for various problems, such as enuresis (bedwetting), separation and general anxiety, various phobias, obsessive-compulsive disorder (OCD), etc. The methods use vary, but usually involve some form of positive or negative reinforcement. This concept had its beginning in 1938, when B. F. Skinner published his book The Behavior of Organisms, setting forth the principles of operant conditioning – that behavior could be shaped by reinforcement or the lack of reinforcement.

(Positive Reinforcement - Resource Two) Website: Motorists get pulled over - for doing good, Transport News When Mr Lim Kan Seng's Toyota Previa was pulled over by the Traffic Police along New Upper Changi Road yesterday morning, he panicked a little. Mr Lim, 50, a hawker, thought he might be in for a summons, but what he received instead were a zebra plush toy and $40 worth of petrol vouchers. "I thought I had done something wrong... but the police said they saw me giving way to another driver, and wanted to commend me," he said. "I had just turned left into the main road when another car was trying to cut into my lane from the right, so I let him pass." Mr Lim was among seven motorists who were pulled over on the roads yesterday for displaying good driving habits, as part of a nine-hour island-wide "Spot the Conscientious Motorists" operation conducted by the police. Since the programme started in October 2013, 391 motorists have been identified and rewarded.

Positive vs Negative Punishment Punishment is a fundamental concept of Operant Conditioning, whose major objective is to decrease the rate of certain undesired behavior from occurring again. Punishment can be further classified into two major parts These two different types of punishment have got both similarities and differences, as the major purpose of both these punishment types is to decrease the rate of certain undesired behavior. By introducing the concept of punishment to an individual, the individual gets the idea that what he/she is doing, is wrong. “COVID-19 Sent My Family’s Screen Time Sky High. Why Aren’t Your Kids Addicted?” - SingaporeMotherhood.com When a fellow mum asked me this, I had to chuckle. It’s not that my kids wouldn’t be stuck to their screens too… if I just let them. It simply takes a little bit of work to ensure screen time doesn’t take over our lives. From Day One We set clear parameters around screen time from an early age.

Positive Vs Negative Reinforcement Reinforcement is a fundamental concept of Operant Conditioning, whose major objective is to increase the rate of certain undesired behavior from occurring again. Reinforcement can be further classified into two major parts The major purpose of both these reinforcement types is to increase the rate of certain behavior although they have many similarities and differences. By introducing the concept of reinforcement to an individual, the individual gets encouraged to perform the behavior in a repeated manner whether to avoid any undesirable stimulusreceive the desirable reinforcer or reward again

(Positive Reinforcement - Resource One) Website: Driver gets award for helping elderly wheelchair user who was struggling to cross road in the rain, Singapore News SINGAPORE - A split-second decision on the road has seen Mr David Chin, 41, become the subject of a viral online video as well as the recipient of the Public Spiritedness Award on Friday (Sept 25). Recounting the incident, Mr Chin said that he was driving home in pouring rain after picking up his 11-year-old daughter from ballet class on Sept 5. At a traffic junction, he saw an old man on a wheelchair struggling to cross the road. The green light for pedestrians at the crossing were already flashing but the man, who looked about 70, had barely made it half way across. He had an umbrella over his shoulder, which impeded his manoeuvring of the wheelchair.

(Positive Reinforcement) Certificate of Merit. What is it? And how can you get one? Getting a driver’s licence ensures that you are qualified to drive. But along with that comes the responsibility of making sure you drive safely, not just for your sake but also for the sake of other road users. To ensure that drivers are aware of this and keep safety uppermost on their minds while driving, the Traffic Police has instituted a system of rewards and punishments. In March 1983, the Traffic Police introduced the Driver Improvement Points System (DIPS). How does the Driver Improvement System work? Under Singapore’s DIPS, chalking up 24 demerit points or more within 24 consecutive months will result in a suspension of your driving licence for three months.

Parent-child connection crucial to well-being of young, Letters on the Web News We are deeply concerned that the number of suicides for male teenagers aged 10 to 19 hit a record high last year (Record 19 teenage boys committed suicide last year, July 30). Research has shown that young people with a strong and close relationship with their parents are more likely to also report lower levels of depressive symptoms, suicide thoughts, self-harm and conduct problems. Such youth were more likely to report higher levels of self-esteem and better use of their free time. Connectedness to parents has been found to be especially important for the well-being of the young. Parents, therefore, play a crucial role in protecting adolescents against the risk of suicide when they invest time and effort to build a stronger relationship with their teenagers. One way they can do this is to equip themselves with parenting books or attend parenting workshops.