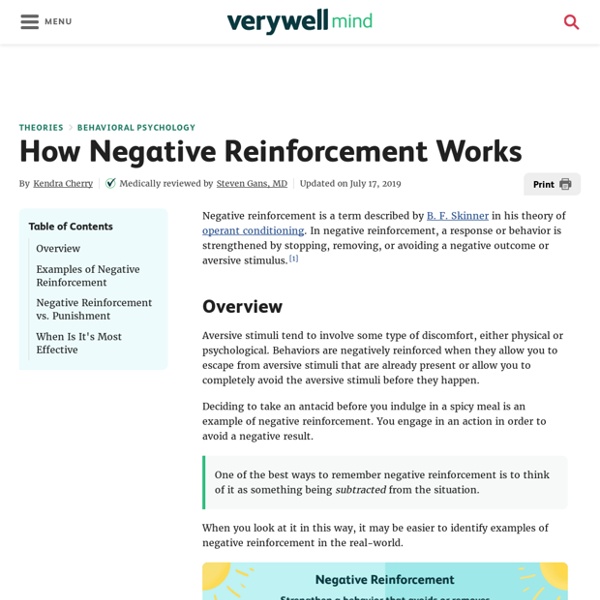 This is a summary of negative reinforcement and examples of how they can applied to real life situations. by callistael Mar 28

Key Note: Most effective when presented immediately after a behaviour by huiqi Sep 20