Worldwide trends in insufficient physical activity from 2001 to 2016: a pooled analysis of 358 population-based surveys with 1·9 million participants - The Lancet Global Health 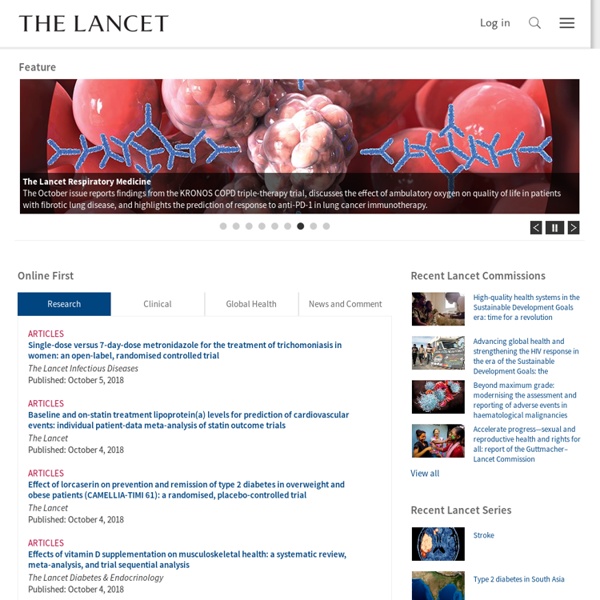 Music and heart health What’s your “cheer up” song? That question popped up on a recent text thread among a few of my longtime friends. It spurred a list of songs from the ‘70s and ‘80s, back when we were in high school and college. How Greening Strategies Are Displacing Minorities in Post-Harvey Houston – The Nature of Cities On 14 June 2018, Isabelle Anguelovski participated in the panel Designing, Planning and Paying for Resilience at Rice University Kinder Institute for Urban Research, where she and other leading experts discussed flood mitigation strategies such as low impact design, green infrastructure and urban-scale greenspace preservation, and how they interact with a community’s broader planning efforts. These are Isabelle’s insights from the panel. Many public officials seem to have their hands tied because of developers’ influence on decision-making. Real estate development is at the core of Houston’s economic development, together with the petrochemical industry, and perhaps explains why you have entire low-income minority communities sitting right next to a refinery. What kind of reconstruction and greening initiatives are we seeing post-Harvey in Houston that are raising social equity concerns? How do these programs affect residents, more specifically?

Green gentrification can limit the favorable effects of green areas on health The creation of parks and green areas in urban centres have positive effects on the health of residents. However, a new article published by the research group at the Institute of Environmental Science and Technology of the Universitat Autònoma de Barcelona (ICTA-UAB) and the Municipal Institute for Medical Institute of the Hospital del Mar (IMIM) suggests that more socially disadvantaged neighbours could be pushed aside when it comes to the health effects of "ecologisation" and may not benefit equally from these positive effects on health. The research is based on evidence that the "greenification" of cities, thanks to the creation of parks, green areas and ecological corridors, are beneficial to the physical and psychological health of people.

Can we green cities without causing gentrification? Many indexes aim to rank how green cities are. But what does it actually mean for a city to be green or sustainable? We’ve written about what we call the "parks, cafes and a riverwalk" model of sustainability, which focuses on providing new green spaces, mainly for high-income people. This vision of shiny residential towers and waterfront parks has become a widely shared conception of what green cities should look like. The key to defeat autism is in brain connections A completely Italian study identified and studied brain alterations which specifically refer to autism spectrum disorders. The innovative approach used by Italian researchers will allow to start understanding the impact of genetic alterations on normal brain functioning, opening new ways to understanding the causes of autism spectrum disorders. The study, published in Brain and funded by US Simons Foundation for Autism Research Initiative, was conducted by a team of researchers led by Alessandro Gozzi from the Italian Institute of Technology in Rovereto and Professor Massimo Pasqualetti from the Department of Biology of the University of Pisa in collaboration with other Italian research teams. “Although it is well known that autism is highly hereditary” said Alessandro Gozzi, research team coordinator and IIT researcher “the role that genes play in causing this syndrome is not clear yet.

Gentrification, Displacement, and the Role of Public Investment - Miriam Zuk, Ariel H. Bierbaum, Karen Chapple, Karolina Gorska, Anastasia Loukaitou-Sideris, 2018 Author Biographies Miriam Zuk, PhD, is the director of the Center for Community Innovation at the University of California, Berkeley. Her research focuses on equitable urban development, affordable housing, and environmental justice. She was previously the deputy director of Air Quality Research for the Mexican Ministry of Environment in Mexico City. Gutsy, organised Londoners have learned to stop gentrification in its tracks – here's how Gentrification started as a concept in a small sub-section of urban studies in the 1960s and 1970s. Now, it’s a major issue touching the lives of people in cities around the world. It tends to be the residents of large, global hubs which suffer the worst effects of gentrification, including displacement. But locals are quickly learning how to resist proposals they don’t agree to – and reclaim the city they call home.

Sharing is caring. So why are European cities falling behind? New mobility services like Uber and Lyft offer the potential to get cities moving, improve quality of life and reduce emissions. But this will only happen if new and traditional mobility services can be integrated to make a more attractive offering that finally persuades drivers out of their cars, write Greg Archer and Yoann Le Petit. Greg Archer and Yoann Le Petit are campaigners at sustainability NGO Transport & Environment (T&E).

What would a truly disabled-accessible city look like? To David Meere, a visually impaired man from Melbourne, among the various obstacles to life in cities is another that is less frequently discussed: fear. “The fear of not being able to navigate busy, cluttered and visually oriented environments is a major barrier to participation in normal life,” says Meere, 52, “be that going to the shops, going for a walk in the park, going to work, looking for work, or simply socialising.” That’s what makes an innovative project at the city’s Southern Cross train station so important to him. A new “beacon navigation system” sends audio cues to users via their smartphones, providing directions, flagging escalator outages and otherwise transforming what previously a “no-go” area for Meere.

Updated Physical Activity Guidelines for Americans Now Available - News & Events This morning at the American Heart Association Scientific Sessions, ADM Brett P. Giroir, Assistant Secretary for Health launched the second edition of the Physical Activity Guidelines for Americans. The second edition is based on the latest scientific evidence that shows that physical activity conveys even more health benefits than previously known. What would the ultimate child-friendly city look like? Imagine you are 10 years old. You live in a medium-sized city and want to visit your best friend, a five-minute walk away, so you can go to the park, another 10 minutes’ walk. The problem is, there’s a big, dangerous road between you and your friend, and another between them and the park. You ask your parents if you can walk, they say no, and they are too busy to take you there themselves. Perhaps you SnapChat your friend instead, perhaps you play a video game on the sofa. You’ve lost out on exercise and time outside, interacting with your neighbourhood and, of course, play time with your friend.

Smart cities have the ability With the amount of data available today, cities are constantly innovating, finding new ways to apply insights in ways that benefit citizens. This is no small task, as new technologies are constantly reshaping what’s possible when it comes to using and making sense of data. Data creates opportunities. Cities are rife with challenges that not only impact their own residents but society at large. IoT, artificial intelligence and machine learning technologies are now poised to address some of the most pressing social challenges, like homelessness, transportation and public safety. See also: Is location intelligence the key to citizen-centric smart cities?