Behemoth, bully, thief: how the English language is taking over the planet 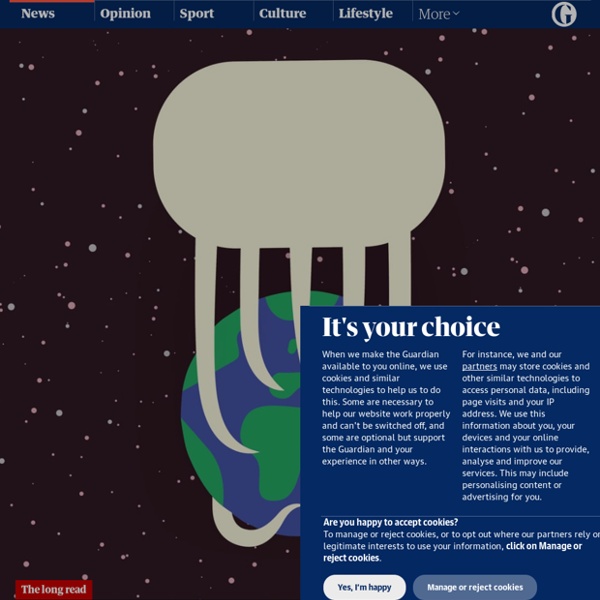 On 16 May, a lawyer named Aaron Schlossberg was in a New York cafe when he heard several members of staff speaking Spanish. He reacted with immediate fury, threatening to call US Immigration and Customs Enforcement and telling one employee: “Your staff is speaking Spanish to customers when they should be speaking English … This is America.” A video of the incident quickly went viral, drawing widespread scorn. The Yelp page for his law firm was flooded with one-star reviews, and Schlossberg was soon confronted with a “fiesta” protest in front of his Manhattan apartment building, which included a crowd-funded taco truck and mariachi band to serenade him on the way to work. As the Trump administration intensifies its crackdown on migrants, speaking any language besides English has taken on a certain charge. In some cases, it can even be dangerous. As it turned out, Roosevelt had things almost perfectly backwards. De Swaan divides languages into four categories. Well, not really.

The English language is the world's Achilles heel English has achieved prime status by becoming the most widely spoken language in the world – if one disregards proficiency – ahead of Mandarin Chinese and Spanish. English is spoken in 101 countries, while Arabic is spoken in 60, French in 51, Chinese in 33, and Spanish in 31. From one small island, English has gone on to acquire lingua franca status in international business, worldwide diplomacy, and science. But the success of English – or indeed any language – as a “universal” language comes with a hefty price, in terms of vulnerability. Problems arise when English is a second language to either speakers, listeners, or both. No matter how proficient they are, their own understanding of English, and their first (or “native”) language can change what they believe is being said.

The Greeks had a word for it … until now, as language is deluged by English terms Usually, Professor Georgios Babiniotis would take pride in the fact that the Greek word “pandemic” – previously hardly ever uttered – had become the word on everyone’s lips. After all, the term that conjures the scourge of our times offers cast-iron proof of the legacy of Europe’s oldest language. Wholly Greek in derivation – pan means all, demos means people – its usage shot up by more than 57,000% last year according to Oxford English Dictionary lexicographers. But these days, Greece’s foremost linguist is less mindful of how the language has enriched global vocabulary, and more concerned about the corrosive effects of coronavirus closer to home. The sheer scale of the pandemic and the terminology spawned by its pervasiveness have produced fertile ground for verbal incursions on his mother tongue that Babiniotis thought he would never see. “We have been deluged by new terms and definitions in a very short space of time,” he told the Observer.

Can computer translators ever beat speaking a foreign tongue? Image copyright Getty Images Put crottin de chèvre into Google Translate, and you'll be told it means goat dung. So if it appeared on a menu, you might pass. Alas, you would be ruling out a delicious cheese made of goat's milk that is often served as a starter in France. Will Brexit spell the end of English as an official EU language? Now that we know that Boris Johnson will “get Brexit done” by the end of January 2020, what are the implications for English as an official language of the European Union and in the European parliament? Could it stop being used when Britain leaves? In 2016 Danuta Hübner, an MEP and chair of the European parliament’s constitutional affairs committee, was quoted as saying, “If we don’t have the UK, we don’t have English.” But is it as simple as that? Until the 1990s, the dominant language of the EU was French.

‘Globish’: why France has a love-hate relationship with global English © AFP/Getty Images The Salon du Livre in 2018. French writers were up in arms this week after the Salon du Livre book fair in Paris announced a celebration of young adult books that would feature a “Bookroom”, a “Photobooth”, and even a “Bookquizz”, a prospect so exciting it needs two zs. Such anglicisms, critics wrote, were an “unconscionable act of cultural vandalism”, employing the “sub-English known as Globish”. The literary Parisians see Globish simply as yet more Anglo-Saxon cultural imperialism Is the era of artificial speech translation upon us? Noise, Alex Waibel tells me, is one of the major challenges that artificial speech translation has to meet. A device may be able to recognise speech in a laboratory, or a meeting room, but will struggle to cope with the kind of background noise I can hear surrounding Professor Waibel as he speaks to me from Kyoto station. I’m struggling to follow him in English, on a scratchy line that reminds me we are nearly 10,000km apart – and that distance is still an obstacle to communication even if you’re speaking the same language.

Is the English language too powerful? – The European Sting - Critical News & Insights on European Politics, Economy, Foreign Affairs, Business & Technology - europeansting.com UN Photo Highly skilled interpreters perform a vital service at UN meetings, where delegates come together to present their views in one of the six official languages or in their own tongue. A UN Interpreter, at work in a booth over looking a meeting room. (1965) This article is brought to you thanks to the strategic cooperation of The European Sting with the World Economic Forum. Author: Johnny Wood, Writer, Formative Content In 2016 I published the “Power Language Index”, a research note on the efficacy of languages.

Dutch language besieged by English at university Image copyright Utrecht university Students shake off their jackets and scarves as the lecturer opens up a power point presentation on "start-up innovations" and prepares to give his talk, which is entirely in English. The language is the university's choice, Frank van Rijnsoever of Utrecht University tells me. Have we reached peak English in the world? In China last month, Theresa May attended the launch of the British Council’s English is Great campaign, intended to boost interest and fluency in our national language. This might sound like Donald Trump’s notorious “Make America great again”, but comes in fact from a stronger position. Beyond doubt, the use of English is greater than ever, and far more widespread than any other language in the world. All non-English-speaking powers of our globalised world recognise it as the first foreign language to learn; it is also, uniquely, in practical use worldwide. The British Council reckons that English is spoken at a useful level by some 1.75 billion people, a quarter of the world’s population. It is taught from primary level up in all China’s schools; it is the working language of the whole European Union.

Why elastic nature of the English language would make it ideal as the lingua franca of Europe There are 24 official languages in the European Union, but only three working tongues: French, English and German. It had been suggested that after the UK quits the EU, English might lose its official status. (Ireland and Malta, though English-speaking, don't claim English as their official language.) Yet a linguistic academic working in Sweden, Dr Marko Modiano, has predicted that English will be more widely used in the EU after Brexit: with the UK gone, English will become the politically neutral lingua franca of the EU.

After Brexit, EU English will be free to morph into a distinct variety If your planification isn’t up to snuff, you might need to precise your actorness. English in the EU, spoken primarily by non-native speakers, has taken on a life of its own. While “planification” might be jargon unlikely to pop up outside of Brussels, there are also changes afoot in more everyday spoken English in Europe.