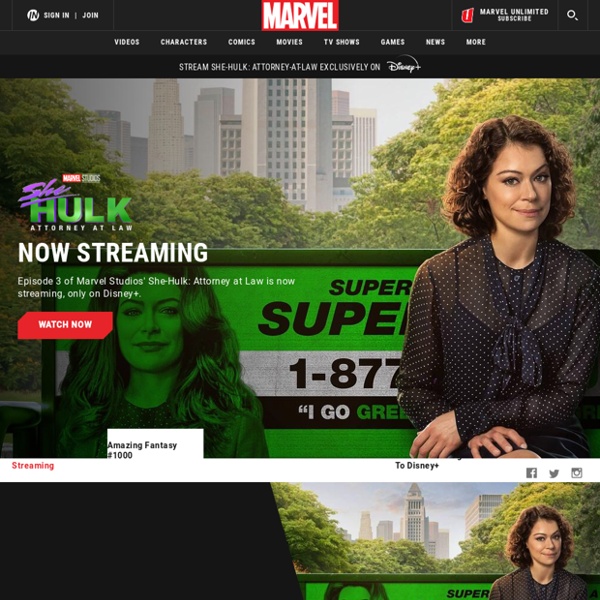 WHAT IS MANGA Plus Luffy, Goku, Naruto, Deku………. Many heroes have been born from Japanese manga. Upon the release of the latest episode, Japanese manga readers have gotten excited about the latest performance of their heroes and have been able to share their experiences with friends and colleagues. If you too want to get excited over manga heroes’ great performances with other readers all over the world, “MANGA Plus by SHUEISHA” is the best place for you. Marvel Arena Le Qg tactique des forces para-gouvernementales "Thunder Bolts" dirigés par le Géneral "Quatre Etoiles" Ross. Modérateurs: Les Entités Cosmiques, Les GardiensHangar B-7, Zone d'entrainement exterieure., Laboratoire de Chen Lu, Quartiers, Zone d'entrainement virtuelle, Zone penitentiaire

XIII - Le Site Non-Officiel > Accueil Swimsuit Issues: Marvel's Craziest Swimsuit Specials With Halloween over, Summer is well and truly behind us, but those of you who miss sun, sand and swimsuits can take solace in the pages of the Mighty Marvel Swimsuit Specials! Produced yearly during the early and mid-90s as an alternative to the “Sports Illustrated” Swimsuit Issue that youngsters could con their parents into buying them as a comic book “investment,” the Marvel Swimsuit Specials were essentially books of pin-ups that saw heroes and villains taking time off from saving the world to catch some rays. Psylocke, 1991What made them really strange, though, were the underlying plots that ran through each issue and resulted in some memorable insanity, which is why we’ve turned to ComicsAlliance contributor Chris Sims to grab his beach towel and bring us Marvel’s absolute strangest swimsuit shots! Especially when the artist in question is Jim Lee.

Naruto: 10 Things That Happened To The Main Characters Between Shippuden & Boruto At the conclusion of Naruto Shippuden, the audience is treated to a flash-forward where a new character, Boruto, is shown acting almost identically to how Naruto did in the very first episode of the series, defacing the Hokage faces in the Hidden Leaf Village. While this was only one of a couple of major changes shown following the end of Shippuden, Boruto would go on to show many more. Related: Naruto: 5 Bleach Characters Sakura Can Beat (& 5 She Stands No Chance Against) As many years passed since Sasuke and Naruto's climactic battle, it's understandable many things in the ninja world changed between Naruto's and Boruto's stories. Index du site - Marvel-World.com

Giant-Size Marvel: July 2009 I've bought and sold (and re-bought) many classic comics in my time. But no matter what, I've always kept my very fine copy of Amazing Spider-Man 121 lovingly protected in mylar. I have to, it's the single most important comic that I've read in my entire life! I think a lot of comic readers in the baby boom generation would rank this issue very highly as well. Des musiques à écouter Ramin Karimloo heightens each sensation with this spellbinding version of the Music of The Night live from the Royal Albert Hall accompanied by Sierra Boggess! From Phantom of The Opera at the Royal Albert Hall (2011): In celebration of the 25th Anniversary of Andrew Lloyd Webber's The Phantom of the Opera, Cameron Mackintosh produced a unique, spectacular staging of the musical on a scale which had never been seen before. Inspired by the original staging by Hal Prince and Gillian Lynne, this lavish, fully-staged production set in the sumptuous Victorian splendour of London's legendary Royal Albert Hall features a cast and orchestra of over 200, plus some very special guest appearances. Donate to these worthwhile arts causes:

Nearly 100 units hit the market in one Yorkville condo Months into the COVID-19 pandemic that has wreaked havoc on the short-term rental industry, one Yorkville building provides a snapshot into the city’s current downtown rental market. The Yorkville Plaza Condominium Residence, located at 155 Yorkville Ave., is the site of the former Four Seasons Hotel. The luxury hotel moved in 2012, and the building was repurposed into a residential condo building. A recent search of the property on Strata.ca shows 27 listings for sale and 57 listings for rent out of the total of 508 units in the 32-storey building. Laura Violo of Keller Williams Neighbourhood Realty has had her rental unit in the building on the market for more than 70 days. She attributes the high vacancy rate in the building to the fact that people are no longer working or studying downtown as much as they did in the days before COVID-19.

Sexy Super Hero Objectification October 8th, 2009 | Comics As if objectifying the Disney Princes weren’t enough for one day, we also have this tasty tidbit. Some dude named Mindsweeper has Photoshopped some hot pics of superheroes. Love the objectifying of traditionally butch characters. Especially in genres that typically paint the female characters to be overly sexy, ridiculously thin, and/or frail/slutty. Aquaman and Nightwing: The National Theatre is going to stream a free play every Thursday night As numerous theatrical institutions across the world have opened up their archives in response to increasing lockdown restrictions, all eyes have remained on one organisation: the National Theatre in London, which has the greatest archive of cinema-quality recordings of stage plays of any theatre on the planet, thanks to its formidable NT Live programme. It’s designed to beam productions from the NT into cinemas across the country, but there are of course no cinemas in operation at present. So the NT is switching to its YouTube channel.

Condo of the week: 128 Pears Avenue This condo is simple, elegant and personifies class. Just a little bit north of Yorkville, this three-bedroom, four-bathroom suite is devastatingly beautiful. When you walk into the space it's open and airy. The huge floor-to-ceiling windows let lots of natural light in and the light marble floorings make the place feel heavenly. Everything is modern and refined – especially the kitchen with the sleek integrated cabinetry. MoMA Founded in 1929, The Museum of Modern Art (MoMA) in midtown Manhattan was the first museum devoted to the modern era. Today MoMA’s rich and varied collection offers a panoramic overview of modern and contemporary art, from the innovative European painting and sculpture of the 1880s to today's film, design, and performance art. From an initial gift of eight prints and one drawing, the collection has grown to include over 150,000 paintings, sculptures, drawings, prints, photographs, architectural models and drawings, and design objects; approximately 22,000 films and four million film stills; and, in its Library and Archives, over 300,000 books, artist books, and periodicals, and extensive individual files on more than 70,000 artists. Collection highlights include Claude Monet’s Water Lilies, Vincent van Gogh’s The Starry Night, and Pablo Picasso’s Les Demoiselles d'Avignon, along with more recent works by Andy Warhol, Elizabeth Murray, Cindy Sherman, and many others.