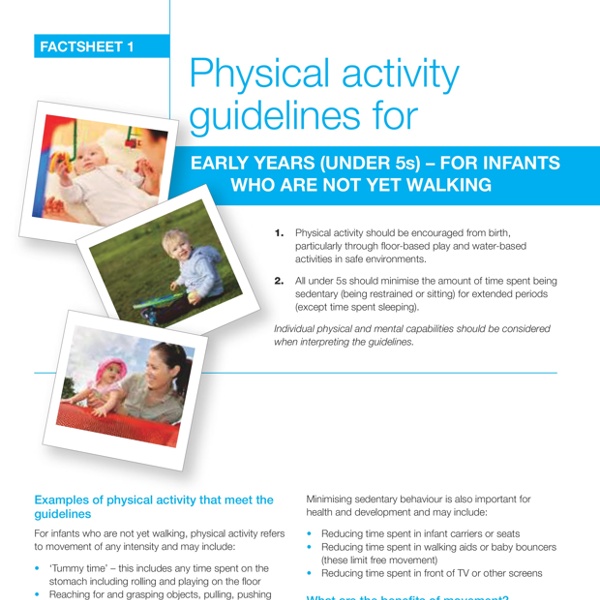 The Art of Control Executive function — our ability to remember and use what we know, defeat our unproductive impulses, and switch gears and adjust to new demands — is increasingly understood as a key element not just of learning but of lifelong success. Researchers at the Center on the Developing Child at Harvard University describe executive function as an air traffic control system for the mind — helping us manage streams of information, revise plans, stay organized, filter out distractions, cope with stress, and make healthy decisions. Children learn these skills first from their parents, through reliable routines, meaningful and responsive interactions, and play that focuses attention and stirs the beginnings of self-control.

How to help your child learn English with YouTube videos Tracey Chapelton, education consultant and materials writer, has some advice for parents of young English learners, whose home language might not be English. To learn a language we need a lot of exposure to it. YouTube is beneficial if you are not a fluent English speaker, and want a more fluent model of English for your child. Helped along by the visuals of their favourite cartoon, children can watch their favourite characters involved in adventures, while absorbing the language. Repetition is also important for language learning. It helps us remember important words and expressions.

Practical tips By Opal Dunn, educational consultant and author Introduction Young children learn English differently from most adults. Most have an innate ability to pick up English while taking part in activities, by making sense of what they are doing and picking up the adult’s language that accompanies the activity. You can find out more in the British Council booklet ‘How young children learn English as another language’, also available on the parents pages of the LearnEnglish Kids website.

Whole Child Development Is Undervalued The question is how to make such an approach both systemic and sustainable. Whole Person Socio-emotional, physical, creative, and cognitive capacities are deeply intertwined and equally important in ensuring a child's wellbeing, learning, and growth. (That shouldn't be a surprise to anyone studying or supporting children's learning.) Nobel laureate James Heckman, a professor of economics at the University of Chicago, has shown that the non-cognitive skills emerging in early childhood are among the strongest predictors of adult outcomes. How Are Happiness and Learning Connected? As teachers, we also know that when students' affective filters or defenses are sky high, fight or flight responses will be modus operandi. A room full of defensive behaviors (withdrawn, angry) is a sad, unproductive place to teach and learn. Now let's flip it and take a look at how much more we are able to learn when we are in harmony with the people and things in any given educational environment.

What to consider when teaching English in large classes How many students do you teach? Do you feel that your classes are too big? Author and education consultant Jason Anderson looks at the issues and offers some potential solutions. For many of us, our classes are larger than we would like them to be. They can present a number of challenges that teachers of smaller classes are less likely to face. The Brain-Changing Power of Conversation The Science Researchers used highly faithful audio recorders — a system called Language Environment Analysis (known as LENA) — to capture every word spoken or heard by 36 4–6 year olds from various socioeconomic backgrounds over two full days. The recordings were analyzed to measure the number of words spoken by each child, the number of words spoken to each child, and the number of conversational turns — back-and-forth exchanges initiated by either adult or child. Comparing those measurements with brain scans of the individual children, the analysis found that differences in the number of conversational turns accounted for differences in brain physiology, as well as for differences in language skills including vocabulary, grammar, and verbal reasoning.

Key Person & Attachment - Early Years Matters The Key Person Children thrive from a base of loving and secure relationships. This is normally provided by a child’s parents but it can also be provided by a key person. A key person is a named member of staff with responsibilities for a small group of children who helps those children in the group feel safe and cared for. The role is an important one and an approach set out in the EYFS which is working successfully in settings and in Reception classes.

Guiding Principles for Use of Technology with Early Learners The thoughtful use of technology by parents and early educators can engage children in key skills such as play, self-expression, and computational thinking which will support later success across all academic disciplines and help maintain young children’s natural curiosity. The Departments recognize that families and early educators have many different options for using technology with early learners. The Departments believe that guidance needs to reflect the reality that families and early educators have access to apps, digital books, games, video chatting software, and a multitude of other interactive technologies that can be used with young children.

MIT Brain Study: Back-And-Forth Talk Key To Developing Kids' Verbal Skills New MIT research finds that for children's brain development, parents don't just need to talk to their kids — it's important to talk with them, in back-and-forth exchanges. "What we found is, the more often parents engaged in back-and-forth conversation with their child, the stronger was the brain response in the front of the brain to language," said cognitive neuroscience professor John Gabrieli. Story continues below Most Viewed Stories That stronger brain response, measured as children ages 4 to 6 lay in a scanner listening to simple stories, reflects a deeper, more intimate engagement with language, said graduate student Rachel Romeo. On average, a child from a better-off, more-educated family is likely to hear 30 million more words in the first three years of life than a child from a less-well-off family.

Don't Expect Toddlers To Behave Consistently — They Literally Can't One day, when my oldest daughter was not quite 2, she wouldn’t sit still to let me change her diaper. Squirrelly and writhing, she made a game out of staying half naked. She wasn’t fussing about it or anything — in fact, she was giggling maniacally.