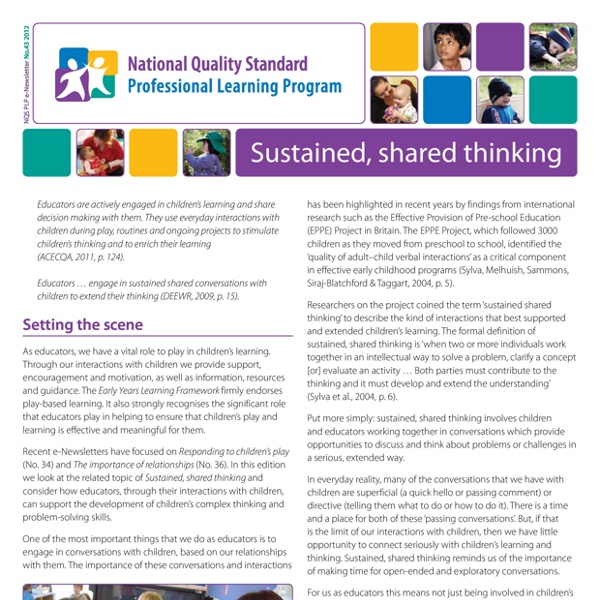 Sound Words: Examples of Onomatopoeia Onomatopoeia is a fun, linguistic tool used in literature, songs and advertisements. Now that you've seen examples of the individual words, consider the following examples of onomatopoeia words in use. Take a look at the different onomatopoeia examples in Todd Rundgren's song, appropriately named Onomatopoeia. The Power (and Peril) of Praising Your Kids What do we make of a boy like Thomas? Thomas (his middle name) is a fifth-grader at the highly competitive P.S. 334, the Anderson School on West 84th. Slim as they get, Thomas recently had his long sandy-blond hair cut short to look like the new James Bond (he took a photo of Daniel Craig to the barber). Unlike Bond, he prefers a uniform of cargo pants and a T-shirt emblazoned with a photo of one of his heroes: Frank Zappa.

Ten ways to support your child’s English-learning at home As the British Council opens a new Learning Time with Shaun & Timmy centre in Mexico for two- to six-year-olds, senior teacher Sarah Reid offers some useful tips for supporting your child’s learning at home. More and more parents want their children to learn English from a young age. I often meet parents of children as young as two or three who say that proficiency in speaking English will help their child 'get ahead in a globalised world'. In other words, the sooner their children get started, the better. The single most important factor in a child’s success with English is their parents' interest and encouragement, no matter what their child’s age. So what can parents do at home to support their learning?