The Bible and the belt: Inside a camp for gay youth 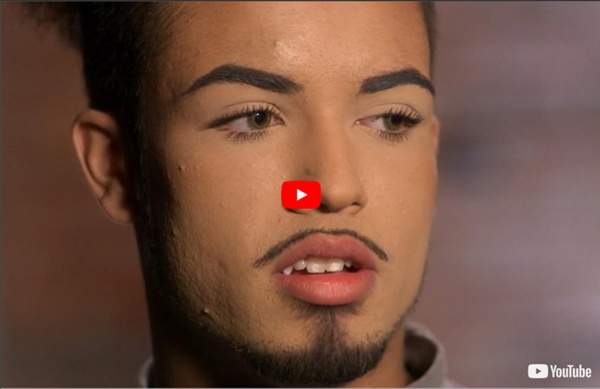 Related:  Outrageous • How it works

DeVos reinstated for-profit college accreditor despite staff objections, report shows Education Secretary Betsy DeVos earlier this year reinstated an accreditor of for-profit colleges despite findings by her agency’s career staff that the organization failed to meet federal standards, an internal document shows. The report, released by the Education Department on Friday in response to a Freedom of Information Act lawsuit, shows that career department analysts had serious concerns about restoring the federal recognition of the Accrediting Council for Independent Colleges and Schools just a month before DeVos issued an order reinstating the accreditor’s federal status. Story Continued Below

White House, EPA headed off chemical pollution study Scott Pruitt’s EPA and the White House sought to block publication of a federal health study on a nationwide water-contamination crisis, after one Trump administration aide warned it would cause a "public relations nightmare," newly disclosed emails reveal. The intervention early this year — not previously disclosed — came as HHS' Agency for Toxic Substances and Disease Registry was preparing to publish its assessment of a class of toxic chemicals that has contaminated water supplies near military bases, chemical plants and other sites from New York to Michigan to West Virginia. Story Continued Below The study would show that the chemicals endanger human health at a far lower level than EPA has previously called safe, according to the emails. “The public, media, and Congressional reaction to these numbers is going to be huge,” one unidentified White House aide said in an email forwarded on Jan. 30 by James Herz, a political appointee who oversees environmental issues at the OMB. Sen.

Saudi Arabia accused of torturing female activists by electrocution and flogging leaving them unable to walk Campaigners have accused Saudi Arabia of subjecting several activists, including female human rights defenders, imprisoned since May to torture and sexual harassment. More than a dozen women’s rights activists have been detained for months, most of whom had campaigned for the right to drive and an end to the Kingdom’s male guardianship system, but some have since been freed. A group of UN experts last month called for the immediate release of six female human rights defenders they said were still being held incommunicado in Saudi Arabia. The arrests in May followed an earlier crackdown on clerics, intellectuals and activists in September 2017, in an apparent attempt to silence potential opponents of the country’s de facto ruler Crown Prince Mohammed bin Salman.

Billionaires v teachers: the Koch brothers' plan to starve public education Arizona has become the hotbed for an experiment rightwing activists hope will redefine America’s schools – an experiment that has pitched the conservative billionaires the Koch brothers and Donald Trump’s controversial education secretary, Betsy DeVos, against teachers’ unions, teachers and parents. Neither side is giving up without a fight. With groups funded by the Koch brothers and DeVos nudging things along, Arizona lawmakers enacted the nation’s broadest school vouchers law, state-funded vouchers that are supposed to give parents more school choice and can be spent on private or religiously affiliated schools. For opponents, the system is not about choice but about further weakening the public school system.

Related:
Related:  Outrageous   -  How it works