The trouble with charitable billionaires 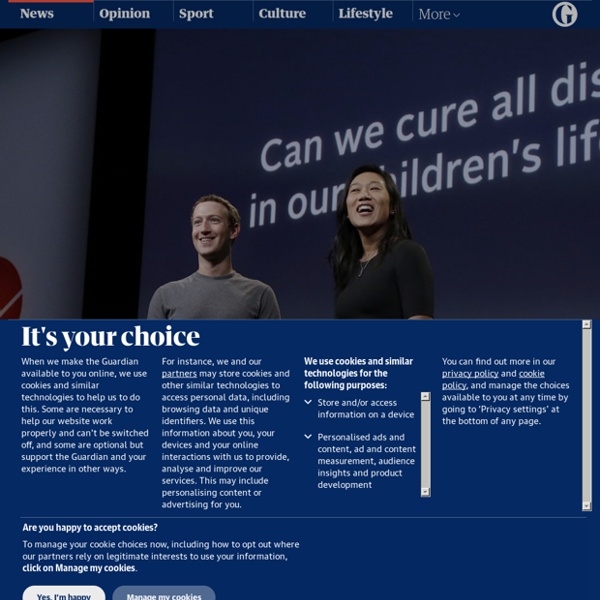 In February 2017, Facebook’s founder and CEO Mark Zuckerberg was in the headlines for his charitable activities. The Chan Zuckerberg Initiative, founded by the tech billionaire and his wife, Priscilla Chan, handed out over $3m in grants to aid the housing crisis in the Silicon Valley area. David Plouffe, the Initiative’s president of policy and advocacy, stated that the grants were intended to “support those working to help families in immediate crisis while supporting research into new ideas to find a long-term solution – a two-step strategy that will guide much of our policy and advocacy work moving forward”. This is but one small part of Zuckerberg’s charity empire. The Initiative has committed billions of dollars to philanthropic projects designed to address social problems, with a special focus on solutions driven by science, medical research and education. This all took off in December 2015, when Zuckerberg and Chan wrote and published a letter to their new baby Max.

Trump will personally save up to $15m under tax bill, analysis finds Donald Trump and six members of his inner circle will be big winners of the Republicans’ vast tax overhaul, with the president personally benefiting from a tax cut of up to $15m a year, research shows. The US president chalked up his first big legislative win on Wednesday with the $1.5tn bill, the most sweeping revamp of the tax code in three decades, slashing taxes for corporations and the wealthy and dealing the heaviest blow yet to Obamacare. But analysis by a leading Washington thinktank, the Center for American Progress (CAP), finds that changes to business rules will save Trump roughly $11m to $15m per year, while an amendment to the estate tax – the tax on the transfer of an estate of a deceased person – would potentially save his heirs $4.5m. Under current law, the first $11.2m of a couple’s estate’s value is excluded from taxation, and any amount above this is taxed at a 40% rate. The new bill doubles the exemption to $22.4m. … we have a small favour to ask.

What do incels, fascists and terrorists have in common? Violent misogyny The apparent connection of recent murders in Toronto to the “incel” movement has led to a torrent of commentary. Too much of it has appeared to rationalise Alek Minassian’s actions. Just yesterday, New York Times columnist Ross Douthat made their major gripe – that the world denies them sex – into the basis of a kind of seminar room thought experiment, wondering whether a redistribution of sex might not be “entirely responsive to the logic of late-modern sexual life”. But to accept this is to take their story of victimhood as read.

Is the minimum wage worth less now than 50 years ago? Sen. Tina Smith, D-Minn., took to Twitter recently to tout her support for a $15 minimum wage. In the tweet, Smith wrote that "one of the proudest things I did" as lieutenant governor serving under Democratic Gov. Mark Dayton was helping to raise Minnesota’s state minimum wage to $9.50 an hour. THE THOMAS NOMINATION: The Senate and Sexism; Panel's Handling of Harassment Allegation Renews Questions About an All-Male Club "They are men, they can't possibly know what it's like to receive verbal harassment, harassment that is fleeting to the man and lasting and demeaning to the woman," said Representative Nancy Pelosi, a California Democrat. "These allegations may not be true. But women in America have to speak up for themselves and say we want to remove all doubt that the person who goes to the Supreme Court has unquestioned respect for women. "What's the rush? We need a little more time to follow up on allegations so that we can send a signal to women in America that we take sexual harassment seriously."

The US is stingier with child care and maternity leave than the rest of the world In most American families led by couples, both parents are in the workforce. At the same time, nearly 1 in 4 U.S. children are being raised by single moms. Yet child care is generally unaffordable and paid leave is not available to most U.S. parents. Around the world, however, most employed women automatically get paid maternity leave. And in most wealthy countries, they also have access to affordable child care. These holes in the national safety net are a problem for many reasons, including one I’ve been researching with my colleagues for years: Paid parental leave and child care help women stay in the workforce and earn higher wages over time.

"On My Block" and "In the Long Run" give working-class people the loving portraits they deserve In 1936, George Orwell gave up his part-time job as a bookshop assistant in London and headed north on a fact-finding mission. His subject? The English working class. Orwell documented the appalling living conditions of working class communities in Lancashire and Yorkshire and the “petty inconvenience and indignity” of their lives. Underpaid and exhausted: the human cost of your Kindle Five o’clock in the morning and the young woman’s eyelids are drooping. All night she has been removing spots of dust from Amazon smartspeakers with a toothbrush. Time seems to crawl. Now she is overwhelmed with exhaustion.

Martin Luther King, Jr. Was More Radical Than You Think - by Ben Passmore On the 50th anniversary of his death, it’s time to remember who he really was by Ben Passmore Posted April 4th, 2018 America once fought a war against poverty – now it wages a war on the poor In 2013, Callie Greer’s daughter Venus died in her arms after a battle with breast cancer. If caught early, the five-year survival rate for women diagnosed with breast cancer is close to 100%. But Venus’s cancer went undiagnosed for months because she couldn’t afford health insurance. We don’t want billionaires’ charity. We want them to pay their taxes “Charity is a cold, grey loveless thing. If a rich man wants to help the poor, he should pay his taxes gladly, not dole out money at a whim.” It is a phrase commonly ascribed to Clement Attlee – the credit actually belongs to his biographer, Francis Beckett – but it elegantly sums up the case for progressive taxation. According to a report by the Swiss bank UBS, last year billionaires made more money than any other point in the history of human civilisation. Their wealth jumped by a fifth – a staggering $8.9tn – and 179 new billionaires joined an exclusive cabal of 2,158. Some have signed up to Giving Pledge, committing to leave half their wealth to charity.