Teen stress from a teen perspective 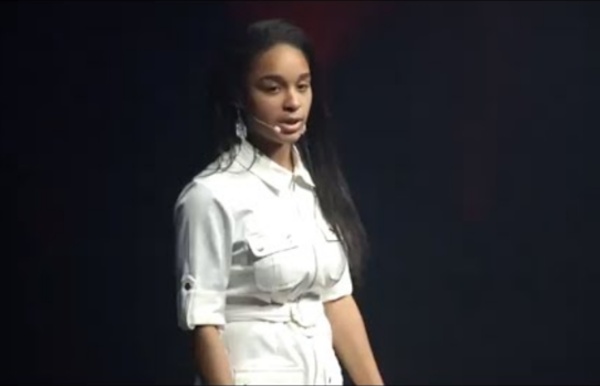 Teens 'more depressed and sleeping less' Image copyright Getty Images Adolescents are more likely to feel depressed and self-harm, and are less likely to get a full night's sleep, than 10 years ago, a study suggests. Yet smoking, alcohol and anti-social behaviour - often linked to mental health problems - were less common for 14-year-olds in 2015 than in 2005. Teenage Stress Teens are under more stress today than ever before. Sound like an exaggeration? Despite the fact that I am often prone to hyperbole, consider this: being a teenager is not easy. Adolescence has always been a tricky developmental period defined by fundamental yet somewhat difficult changes (physical, cognitive, and social) experienced by teens as they make their way from childhood toward adulthood. These transitions trigger changes in the way the teen sees him/herself, and the way that others see and treat him or her. They are no longer children, but not yet adults, and this series of transitions not only has an impact on the individual experiencing the transitions, but also on parents, peers, and society as a whole.

What Are the Effects of Cyberbullying? Bullying—including cyberbullying—causes significant emotional, psychological, and physical distress. Just like any other victim of bullying, cyberbullied kids experience anxiety, fear, depression, and low self-esteem. They also may experience physical symptoms, mental health issues, and struggle academically. Here's a closer look at the emotional, mental, and physical effects of cyberbullying. Emotional Effects of Cyberbullying Suicides in Singapore up 10% last year, record high among boys SINGAPORE: The number of suicides in Singapore rose 10 per cent last year, with suicides among boys aged 10 to 19 at a record high, the Samaritans of Singapore (SOS) said on Monday (Jul 29). There were 397 reported suicides in 2018, compared with 361 the year before. This raised the suicide rate to 8.36 deaths per 100,000 Singapore residents, up from 7.74 in 2017.

Number of male teenage suicides hits record high, Singapore News SINGAPORE - The number of teenage boys taking their own lives reached a record high last year. Nineteen boys aged 10 to 19 committed suicide in 2018, the highest since suicide figures began being recorded in 1991. In 2017, there were seven suicides by teenage boys. The total number of suicides also rose last year, with 397 reported – up from 361 in 2017, but still fewer than the 429 in 2016. Teen stress rivals that of adults If you think you're stressed out, imagine being a teenager in today's society. American teens say they experience stress in patterns similar to adults, and during the school year they report stress levels even higher than those reported by adults. These were the prime conclusions of APA's poll Stress in America™: Are Teens Adopting Adults' Stress Habits? The survey of adults and teens was conducted online on behalf of APA by Harris Interactive Inc. last August.

7 ways to practice emotional first aid You put a bandage on a cut or take antibiotics to treat an infection, right? No questions asked. In fact, questions would be asked if you didn’t apply first aid when necessary. So why isn’t the same true of our mental health? The Basics of Stress Stress is a situation that triggers a particular biological response. When you perceive a threat or a major challenge, chemicals and hormones surge throughout your body. Stress triggers your fight-or-flight response in order to fight the stressor or run away from it. Typically, after the response occurs, your body should relax. Too much constant stress can have negative effects on your long-term health. Is all stress bad?

Why stress causes people to overeat There is much truth behind the phrase "stress eating." Stress, the hormones it unleashes, and the effects of high-fat, sugary "comfort foods" push people toward overeating. Researchers have linked weight gain to stress, and according to an American Psychological Association survey, about one-fourth of Americans rate their stress level as 8 or more on a 10-point scale. In the short term, stress can shut down appetite. The nervous system sends messages to the adrenal glands atop the kidneys to pump out the hormone epinephrine (also known as adrenaline).

In this video, this teenager shares about the different contributing factors of stress which teenagers faces (for instance: not getting enough sleep and busy schedules due to school and struggling with their own identity). Teenagers are not as what adults had described them to be - carefree and free from stress before becoming adults. The stress levels which some of these teenagers faces - might be on par or even higher than what adults typically face daily. by ashxhui Mar 23

Related:
Related:  Stress Faced By Teenagers In Singapore   -  What is stress and how to cope effectively with stress? (Guide for teenagers)   -  Do not worry, it is normal to feel stressed!   -  Young Teenagers and Stress   -  Understanding Teenage Stress   -  Teenage stress in the modern age   -  Stress coping strategies for adolescents   -  Managing Adolescents Stress