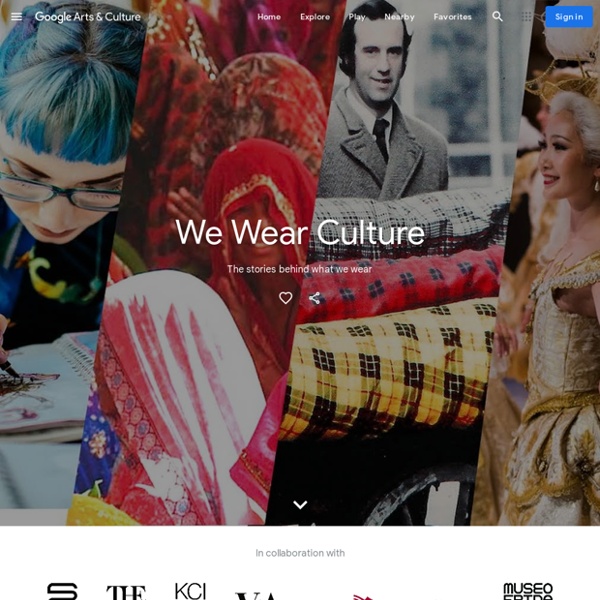 Google's "We Wear Culture" project is a stunning, searchable archive of 3,000 years of world fashion — Quartz Google’s latest project may be the most widely accessible and comprehensive fashion collection on the planet. All you need to view it is an internet connection. “We Wear Culture” is a collaboration between Google and more than 180 museums, schools, fashion institutions, and other organizations from all parts of the globe. China’s “car-eating,” traffic-straddling elevated bus (TEB) is officially dead — Quartz Today, Brexit turns one year old and how time flies! While, the UK’s vote to leave the European Union and “take back control” was always going to be complicated, the issue has managed to become even more confusing over the past year. It’s still unclear what Brexit will ultimately mean and more divisions are emerging in the government since British prime minister Theresa May called a “snap general election” June 8 and lost her mandate. This hasn’t stopped negotiations between the UK and EU formally starting this week—even without a fully-functioning British government.

Street style around the world - INSIDER Courtesy of Around The World In 80 Styles Some people learn about new cultures through sights, others through food. But for Marcela Makarova and partner Philippe-Henry, an outfit says more than a thousand words. The couple went on a backpacking trip in 2013, and started photographing the unique outfits they came across.

The Journey This EFL lesson is designed around a short film commissioned by John Lewis as their Christmas TV commercial. Students practice vocabulary related to journeys and Christmas, prepositions, song lyrics, speaking and writing. I would ask all teachers who use Film English to consider buying my book Film in Action as the royalties which I receive from sales help to keep the website completely free. 20 free fashion books to download from The Metropolitan Museum of Art Did you know that you can download 425 books and exhibition catalogs from The Metropolitan Museum of Art for free? This isn't April fools, this is the wonderful reality of open culture. I found a wealth of fashion titles full of high quality photos and immediately knew I had to share them with you. Most of these books are out of print, so this is the easiest way to get them. Enjoy your legal downloads!

Become A Microfibers Movie Insider! In the fall of 2016, we wrote to you and asked you to support the production of an animated Story of Stuff Project video on plastic microfibers—the tiny bits of plastic released when clothing made from synthetic fabrics are washed. We were humbled and grateful at the immediate outpouring of donations, and now we are very excited to announce that the movie is almost here! Sign up to be the first to know when the microfibers movie is available! Working on this project has been a real eye opener for us. Our research for the video revealed that 52% of all fabric on Earth—from underwear to yoga pants—is made of synthetic (plastic) fibers. And the trend is towards more synthetic fabric, not less, which means more shedding of microfibers into the environment, more plastic in fish and, potentially, more plastic in us.

CIVIL WAR - Giving Voice to the Invisible Partipants: Introduction by Margarert Garcia, Hosler Middle School Modified by Cherie Lange, CV Middle School Students will research the "other" groups involved in the Civil War. These people were rarely mentioned or recognized in text books due to their lack of political, social or economic power in this turbulent time in U.S. history Introduction Your publishing firm has just started a new magazine. Sticking to your brand codes can be good — and bad — for business After a long spell skulking around in Gucci’s shadow, the buzz around Prada is palpable again. It’s especially humming in Milan where, this season, the brand sits near unrivalled on the schedule (Gucci are showing next Monday in Paris). The big Prada turnround is gathering momentum. In its half year report in June, the group reported a 9 per cent rise in revenues, while profits rose around 11 per cent.

This is Me – Grade 7 Unit – The Canswedian English Teacher I was so lucky this year, in that my Grade 7s walked into my English class bright eyed and bushy tailed – ready to go. One boy put up his hand on the first day and declared, “I want to learn English, because I want to go to California.” From what I’ve been told, this is the middle-class Swedish dream. Helpful Tips For Cleaning Out Your Closet The realization that I had way too many clothes hit me the way it usually hits us: When we're running late for an appointment and all we can do is stand in our underwear in front of our closet and glare. The whole situation made no sense to me. I had more sweaters than a Gap mid-season sale, too many skirts to count, and there were so many shirts stuffed onto shelves that one literally tumbled out and plopped in a heap in front of my toes. And yet, nothing in there was doing it for me.