The Mathematical Art Of M.C. Escher 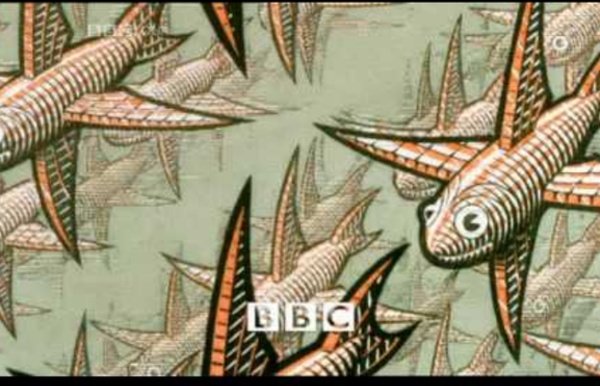 blind artist envisions world - hypnotizing gifs click 2x sep 09, 2015 blind artist envisions the world through hypnotizing animated gifs blind artist envisions the world through hypnotizing animated gifsall gifs courtesy of george redhawk artist george redhawk has turned a loss into a gift — after the artist became legally blind, he began to explore the realm of photo manipulation with a desire to show the world as he sees it from his damaged sight. through the use of computer softwares that aide the visually impaired, redhawk — who works under the name darkangeløne — has realized the ongoing series of animations titled, ‘the world through my eyes’. original digital art ‘the remains of a memory’ by adam martinakis / animation by george redhawk ‘to create most of my gifs, I am using a photo morphing software which I have been experimenting with, and perfecting over several years‘, redhawk tells graphic art news. animation by george redhawk sculpture ‘cairn’ by celeste roberge / animation by george redhawk nina azzarello I designboom

Drawing Nature and Landscapes : How to Draw Nature Outdoors with Drawing Lessons Step by Step Techniques for Cartoons How to Begin Your Sketch In doing this sketch, doubtless great difficulty will be experienced in getting the drawing at all correct. Much assistance to this end can be obtained from a slight knowledge of Perspective This will form the subject of the next chapter. How to Draw From Nature with Easy to Remember Techniques Drawing from nature and landscapes with the following easy tips to follow with helpful tutorials to create beautiful illustrations and drawings with these free drawing lessons. Drawing Outdoor Objects: Water, Rock and Clouds A knowledge of the simpler technical principles involved in drawing clouds, water, and other natural features of the outdoors, is as essential to the newspaper artist as it is to the painter, in order to give naturalness to his pictures. A Tutorial for Sketching Landscapes - Outdoors Learn how to draw the great outdoors and landscapes with the this lesson on drawing landscapes outside. Drawing Grass : Use of Negative Drawing in Art Draw a Cartoon Valley

Ralph Abraham Ralph H. Abraham (b. July 4, 1936, Burlington, Vermont) is an American mathematician. He has been a member of the mathematics department at the University of California, Santa Cruz since 1968. Life and work[edit] Ralph Abraham earned his Ph.D. from the University of Michigan in 1960, and held positions at UC Santa Cruz, Berkeley, Columbia, and Princeton. He founded the Visual Math Institute[1] at UC Santa Cruz in 1975, at that time it was called the "Visual Mathematics Project". Abraham has been involved in the development of dynamical systems theory in the 1960s and 1970s. Another interest of Abraham's concerns alternative ways of expressing mathematics, for example visually or aurally. Abraham developed an interest in "Hip" activities in Santa Cruz in the 1960s and set up a website gathering information on the topic.[3] He credits his use of the psychedelic drug DMT for "swerv[ing his] career toward a search for the connections between mathematics and the experience of the Logos".[4]

Zentangle® Hi All, I know this isn't watercolor, although I do combine it with watercolors sometimes, but I'm answering the question that was raised in this morning's "WASH" as to what zentangle® is. I've become a Certified Zentangle Teacher, or CZT, since I used to hang around here in WC and I just wanted to post this somewhere where those who asked the question as to what zentangle® is would see the answer. (My making anywhere near beginning of the "Daily Wash" thread is a rarity.) Yes, as someone said, and to put it simply, zentangle® is a meditative form of art using repetitive patterns. Tangles are basically done on 3.5" X 3.5" tiles with a micron pen, no artistic talent needed. And here is a zentangle® inspired piece of artwork, or as it's called in the tangling world, a ZIA, that I began by dropping watercolors onto Strathmore bristol paper. And a few done with a watercolor base on a zentangle® tile. I'm really just answering the question asked.

The 'Infinity Room': One of Many Ways to Imagine Infinity | Artists, Physicists, Mathematicians and Philosophers Contemplate Infinity As I stepped into the Infinity Environment on Wednesday morning (Feb. 1), I heard faint gasps from those around me. With apprehension, we entered a stark white, brilliantly lit room with no edges. The curved walls and angled lighting minimized shadows, giving the illusion that we were staring into a continuum. With no visual reference points anywhere in the room, my eyes flickered about, desperate for something to focus on; it was impossible to tell how far space extended, if at all. In seeming infinite, space ceased to exist beyond my eyelashes and nose. "There is no other time in your life when you will look out and see nothing at all," one young woman, an art student, whispered. The Infinity Environment, an art piece by Doug Wheeler, is currently on display at the David Zwirner Gallery in New York City. Art is one way to grapple with infinity. "Or, if your measuring device is the range finder on a camera, then the warehouse would have to be much bigger to seem effectively infinite.

Art for ants Anamorphic 3D Illusion Drawings The Italian artist Alessandro Diddi questions the point of view and the relevance of the look at things we can have through its anamorphose. From the point of view that one takes, sketches made ​​in pencil appear to be three dimensional. Some incredible trompe l’oeil to discover in images. Four color theorem Example of a four-colored map A four-coloring of a map of the states of the United States (ignoring lakes). In mathematics, the four color theorem, or the four color map theorem, states that, given any separation of a plane into contiguous regions, producing a figure called a map, no more than four colors are required to color the regions of the map so that no two adjacent regions have the same color. Despite the motivation from coloring political maps of countries, the theorem is not of particular interest to mapmakers. Three colors are adequate for simpler maps, but an additional fourth color is required for some maps, such as a map in which one region is surrounded by an odd number of other regions that touch each other in a cycle. The four color theorem was proven in 1976 by Kenneth Appel and Wolfgang Haken. Precise formulation of the theorem[edit] The intuitive statement of the four color theorem, i.e. Example of a map of Azerbaijan with non-contiguous regions History[edit]

How to Draw Eyes: 25 Tutorials, Step-by-Steps, How-To’s and Reference Photos on How to Draw Human Eyes | Drawn in Black 9 Comments | August 11, 2011 Eyes… the window into the soul as they say. Below is a collection of resources on how to draw eyes to help you make sure your drawings have soul. Have fun! Tutorials UPDATE 12/10/11: If you’re looking for even more eye drawing resources, check out this great Squidoo lens on how to draw eyes compiled by Martin Stankewitz! Figure Drawing For All It's Worth by Andrew Loomis (p. 176) Drawing the Human Head by Burne Hogarth (p. 37) Eye Drawing Tutorial by Brian Huey How to Draw Eyes by Stanislav Prokopenko Drawing the Human Eye on OnlyPencil How to Draw Eyes on DrawFurry How to Draw Eyes: The Male Eye by Cataclysm-X How to Draw Eyes by JR Dunster How to Draw a Realistic Eye by DorsY69 How to draw the femal eye on Instructables Female Eye by Faith Te Drawing Cartoon Eyes by Pete Emslie Cartoon Eye Reference Sheet Manga / Anime Eyes Drawing the Manga Eye by Archvermin on DeviantArt Tutorial: Create Unique Anime Eyes by Kikariz on DeviantArt Draw Female Anime Eyes Videos

A mathematical bug shows us why the 3D universe leads to Murphy's Law Let's also not forget that unlike, a path, the movement of any string no matter how thin is at least partially governed by the slight recoiling that occurs at the bends and curves. I think analogies are wonderful for explaining complex systems to simple folk like myself, but I hate it when "scientists" try to prove a mathematical system with an insufficient metaphor. Exactly what I was thinking. The way a string falls is not random. Even if you stood there shaking the box it still has all manner of constraints based on where parts of the string both forward and backward from each position are. Like if you have a spiral, and you imagine this bugs walk is from the top spiralling down, this bug cannot actually walk directly downwards because another part of the spiral is already there, no matter how much you try to randomise it with shaking.

Photos: Amazed southern Chinese experience first snowfall ever, make teeny-tiny snowmen Just as the US’s eastern coast was hit by a historical blizzard over the weekend, China suffered its coldest weather in decades. On Sunday (Jan. 24) morning, 25 cities across the country registered record low temperatures. The chill swept across the country last week, but is lifting today (Jan. 25), according to the National Meteorological Center (link in Chinese): The cold wave brought plenty of excitement for southern Chinese citizens, many of whom have never seen sleet—needless to say snow—in their lives. Southern Chinese cities including Chongqing, the “Flower City” of Guangzhou, and the so-called “Green City” of Nanning saw snow mixed with rain over the weekend for the first time in decades. Residents in downtown Guangzhou were particularly amazed, because the city’s sleet on Sunday was the first since 1949 (link in Chinese), when China started keeping meteorologic records. The popsicle-sized snowmen are apparently worth commemorating: