The brain-changing benefits of exercise 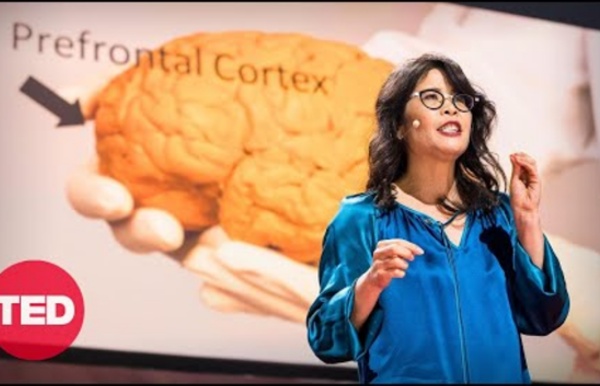 High Cortisol Symptoms: What Do They Mean? Cortisol is known as the stress hormone because of its role in the body’s stress response. But cortisol is about more than just stress. This steroid hormone is made in the adrenal glands. Most of the cells in our bodies have cortisol receptors that use cortisol for a variety of functions, including Is Movement Beneficial for Your Mental Health? - MINDBODY Are you ready to exercise your body and your mind? Movement and brain health are inherently interconnected, and research suggests that physical exercise is just as beneficial for the brain as it is for the body. While the brain is the control center for the body, the body also directly impacts the functionality and health of the brain. Engaging in exercise can reduce anxiety and depression, improve mood, boost self-esteem, minimize stress, and enhance cognitive functioning. Moving the body literally boosts the brain. Here are a five ways movement can benefit your mental health:

Study: Physical health is associated with better cognitive functioning Next time you’re contemplating skipping a workout to finish a project in the office, consider this new finding from a German study: Physical fitness is associated with better brain functioning in young adults. Researchers have long understood that exercise improves people’s cognitive performance, including their executive functioning, attention and memory, as well as their brain structure. In older adults especially, physical activity has been shown to increase the size of the hippocampus, which is the part of the brain responsible for memory, learning and emotion. But Jonathan Repple, M.D., lead study author, and his colleagues were curious if this connection could be found in young adults as well.

5 things you can do to look after your mental health in your teens ‘Health in your teens’ is a series of blog posts all about how you can take care of yourself as a teenager. From getting enough sleep to learning how to manage stress, we’re covering the big health topics you and your mates might deal with during your teenage years. Mental health in your teens You’ve probably already noticed that there’s a lot going on in your teens. Stress vs. Anxiety – Knowing the Difference Is Critical to Your Health - Mental Health First Aid By Franzi Ross on June 8, 2018 Most people experience stress and anxiety at some point in their lives. Depending on the level of severity, they can detrimentally impact one’s quality of life. Although stress and anxiety share many of the same emotional and physical symptoms – uneasiness, tension, headaches, high blood pressure and loss of sleep – they have very different origins. Determining which one you’re experiencing is critical to finding an effective treatment plan and feeling better. Generally, stress is a response to an external cause, such as a tight deadline at work or having an argument with a friend, and subsides once the situation has been resolved.

Why dance is just as important as math in school Dance — and physical activity — should have the same status in schools as math, science and language. Psst: it may even help raise test scores, says Sir Ken Robinson. For several years, I’ve been a patron of the London School of Contemporary Dance. Risk factors for cognitive decline and dementia - UpToDate Dementia is a disorder that is characterized by impairment of cognition, typically involving memory and at least one other cognitive domain (language, visuospatial, executive function). These must represent a decline from previous level of function and be severe enough to interfere with daily function and independence. As the global population ages, dementia prevalence is expected to rise substantially over the next several decades, especially in low- to middle-income countries. Two major reports released in 2017 review the literature on potentially modifiable risk factors for dementia and highlight strengths and weaknesses in the available data to support the impact of risk factor modification on dementia incidence [1-3]. The Lancet Commission estimates that approximately 35 percent of dementia cases are attributable to a combination of nine potentially modifiable risk factors [1]:

What Is Mental Health? We often hear the term "mental health" used in reference to conditions such as depression, anxiety, post-traumatic stress disorder (PTSD) and schizophrenia. But really, "mental health" refers to our overall emotional, psychological and social well-being, both in and outside the context of named conditions, according to MentalHealth.gov, a resource curated by the U.S. government. Our mental health impacts how we think, feel and behave; it shapes how we perceive the world, make decisions and handle stress when it comes our way. Experts told Live Science a few ways that everyone can check in with their mental health on a daily basis.